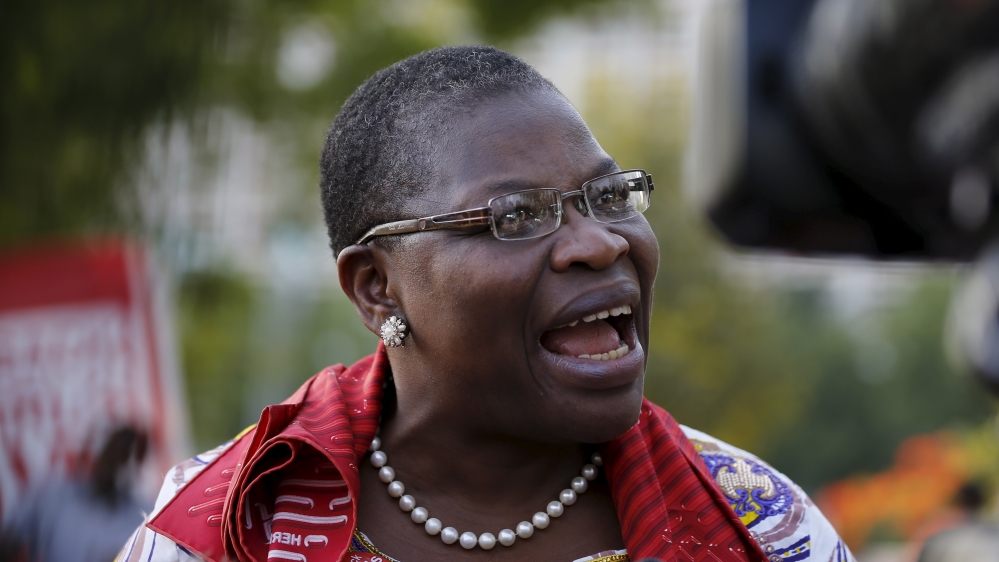 Oby Ezekwesili of the Allied Congress Party of Nigeria (ACPN) announced her decision on Thursday in a series of posts on Twitter.

"I have decided to leave the presidential race and concentrate on helping to build a coalition as an alternative to #APCPDP in General 2019 elections," she said.

"This coalition for a viable alternative has now become more than ever an urgent mission for and on behalf of the citizens," she added.

For the past three months, I have been in private prolonged talks with other candidates to facilitate a coalition that will allow Nigerians to make choices without feeling helpless with the #APCPDP .

Her decision to resign surprised some of her followers.

"I am sad that she has resigned, but I am glad that the national is good, what she thinks about." 19459004 Your decision to step down and promote a coalition of all the small parties, while we focus on the Preparing presidential elections from 2019 shows a true leadership role, "said gender advocate Josephine Effah-Chukwuma to Al Jazeera.

"We need a huge coalition that can face these two big parties – PDP and APC," said Effah-Chukwuma.

Only the ruling All Progressive Congress (APC) and the People's Democratic Party (PDP) have won the US presidential election since the restoration of democratic rule in 1999.

The resignation of Ezekwesili leaves the incumbent Muhammadu Buhari and former Vice-President Atiku Abubakar as the main contender for the election on February 16 (19659004). Political commentator G Benga Soloki told Al Jazeera that the decision to form a coalition against the main parties will not change the political landscape.

"I do not really disapprove of the alleged violence, and voters are largely illiterate, either sympathetic to the ruling All Progressives Congress or the big opposition PDP," Soloki said.

"The timing is wrong and does not produce any significant result, then comes the sincerity of the third force, Nigeria is not ripe for it," he added.

Ezekwesili, two-time minister and former Vice President for Africa at the World Bank, co-founded the #BringBackOurGirls campaign to draw attention to the more than 200 abducted students of the armed group Boko Haram in 2014.