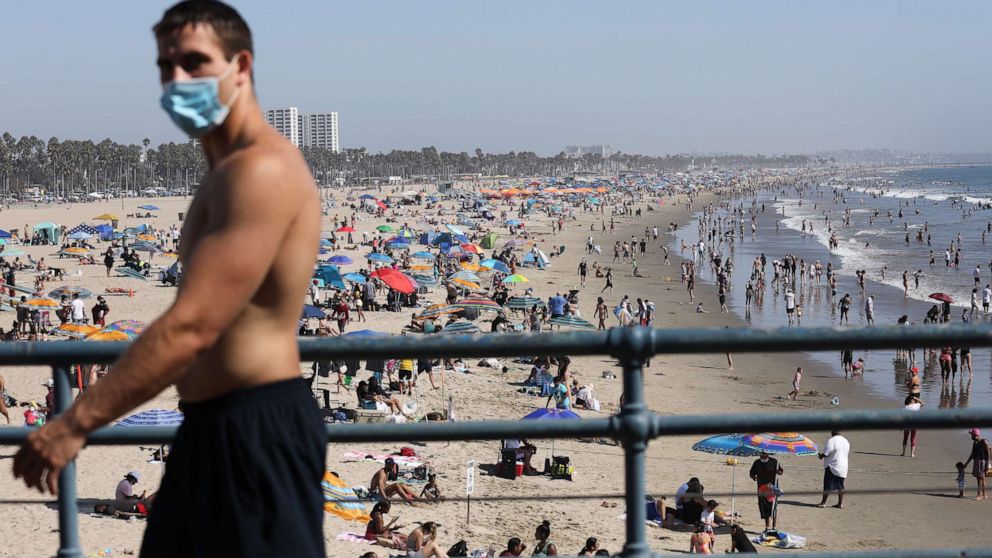 There has been an increase in COVID-19 cases in some regions of the country, possibly due to Labor Day weekend gatherings.

“It has been two and a half weeks since Labor Day,” said Ghaly. “We’re starting to see what we think is due to Labor Day.”

In particular, case rates, visits to the COVID-19-related emergency room and new COVID-19 hospitalizations are all increasing and are “problem areas,” Ghaly said.

The health department predicts that the number of hospital stays in the next month will increase from 2,578 as of Friday to 4,864 by October 25. The flu season is raising new concerns in this area, Ghaly said.

The increases also come 3 1/2 weeks since the state’s new reopening plan began and five weeks after the fire season began, Ghaly noted, both of which could also help.

In Oregon, COVID-19 cases are on the rise after weeks of steady decline, in part due to Labor Day gatherings, as well as recent forest fires and students returning to school, according to the Oregon Health Authority. The state reported the highest number of new COVID-19 cases on Friday at 457.

The Nebraska and Tennessee areas also had cases and outbreaks related to Labor Day weekend gatherings, according to an internal memo from the Federal Emergency Management Agency received by ABC News Friday night.

In Saunders County, Nebraska, rising cases have been linked to a “big gathering” over the holiday weekend, while outbreaks in the southwestern part of the state have also been linked to Labor Day as the “epidemic continues to worsen”. in Nebraska.

Putnam County, central Tennessee, saw cases last week up 157% from the previous week, with officials attributing the increase to Labor Day gatherings, as well as care facilities and schools, the memo said.

“The seven-day moving average for new cases over the past week has increased significantly,” said Dick. “We attribute a number of these cases to people who attended private gatherings during the Labor Day holidays and are now testing positive for COVID-19.”

He also pointed to cases among students at the University of Nevada, Reno, attending off-campus parties.

“This is worrying,” said Dick of the increase in cases. “There is a lot of COVID-19 in the community.”

Some areas of the country are cautiously optimistic that cases, including Alabama and Charlotte, North Carolina, reportedly did not see a surge on Labor Day weekend. Though health experts warn that an increase is “very predictable” two weeks after major holidays.

On May 25, Memorial Day, the national average of new cases over seven days was 21,955. Five weeks later, on June 29, the seven-day average rose to 40,178 according to an ABC analysis of data compiled by the COVID Tracking Project, an 83% increase in new cases.

A similar pattern occurred a little over a month later, after the July 4th weekend. Just two weeks after July 4th, the U.S. hit a record high of 76,842 daily cases, and by July 23, current hospital stays hit a record high of 59,718, according to data from the COVID Tracking Project.

The death rate, which tends to lag other COVID-19 data, increased in the weeks following the early summer vacation. On July 4, the seven-day average death rate was 500; August 12, about five weeks after the holiday, saw the highest number of reported COVID-19 deaths that summer, with 1,519, according to ABC News analysis.