Oil prices are falling after a large, unexpected increase in US crude oil inventories 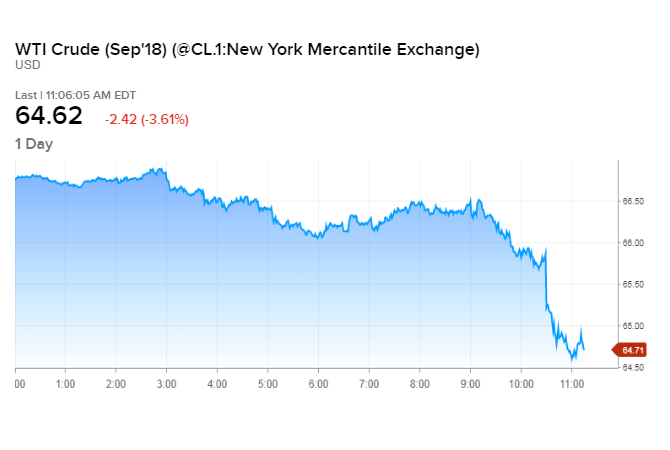 0, the Energy Information Administration said. Analysts from a Reuters survey had predicted that inventories would fall by 2.5 million barrels.

Inventories rose as the country's crude oil imports increased by 1 million barrels a day, while its exports fell by more than 250,000 barrels a day. This compensated for record activity in US refineries, which were 98 percent full.

"Imports of crude oil are simply remarkable," said John Kilduff, founding partner of the energy hedge fund Again Capital. "The fact that we were able to build up so much crude oil in the warehouse, given a 98 percent refinery run, speaks volumes about supply output that hit the market last week."

Stockpiles of petrol were slightly lower than expected, while stocks of distillate fuels, including diesel and heating oil, increased 3.6 million barrels, three times the increase forecast in the Reuters poll.