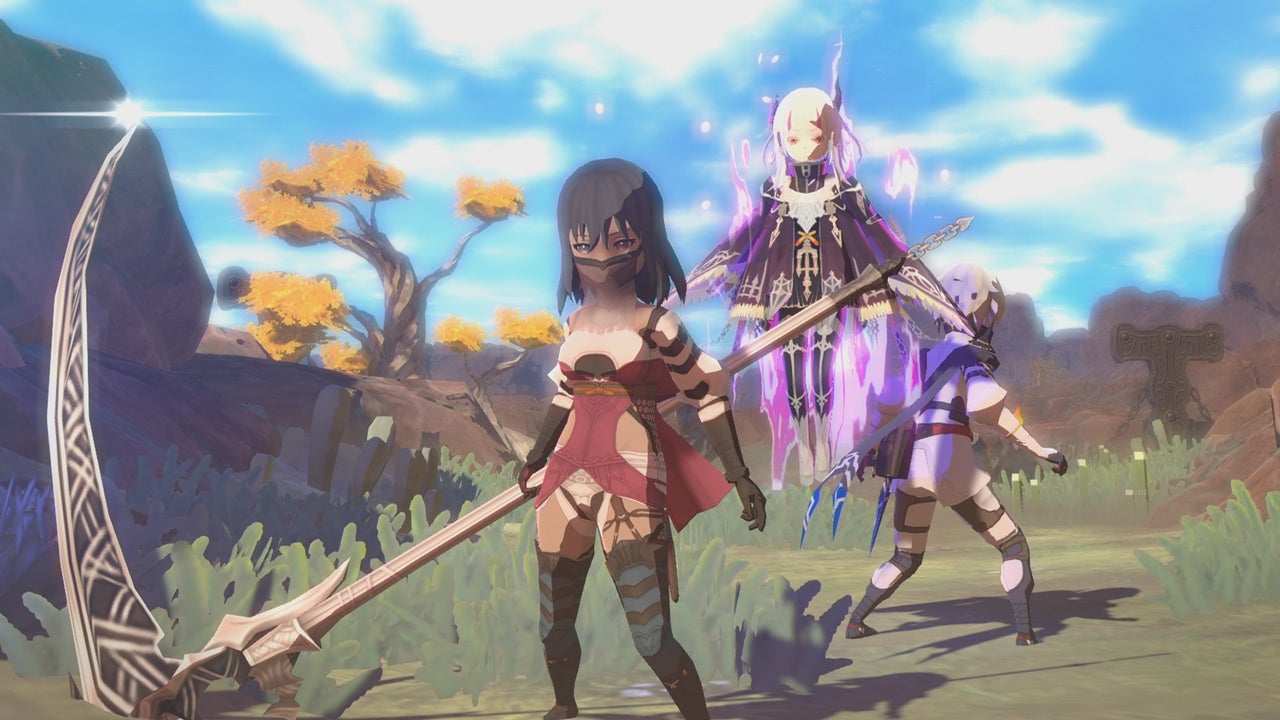 It can be a lot of fun to defeat common spirits, obsessed with helpful ghosts, and finally free idolatrous spirits from their earthly attachments, as I discovered in Oninaki's stylish action RPG world. Some of the foundations of the fight feel a bit too chunky and repetitive to reach to the skies, but the sophisticated storytelling, captivating art, and excellent music made me hang around like an unfulfilled ghost.

While Oninaki's art style looks almost like a child. It's about a story that picks up on many deep, dark questions about death, insecurity, and how to handle those things. They play as a guardian, a kind of morally ambiguous ghost policeman who is responsible for allowing deceased souls to reenter the cycle of reincarnation instead of hanging around the spirit world as the shadow of their former self. Sometimes this means having to execute someone who can not let go of the deceased, so that both can live in peace, and early on make a clear statement that your journey will take you to some disturbing, thought-provoking places. 1

19659002] The way this story is told is fairly linear and typical of a JRPG, with too much talk and sometimes not enough demonstrations. The earlier missions contain an undercurrent of a cohesive plot, but for the most part appear as a series of disconnected anecdotes without much flowing between them or relationship to a larger, ongoing quest. One of the highlights was to discover the hidden memories of all my demons – restless spirits possessing willing observers to improve their combat skills. Every daemon was someone whose life was troubled with a secret reason to stay there as a ghost, and I enjoyed getting to know him piece by piece while I built him up but add to the story. Each one also gives you a whole new way of experimenting. Aisha, your first daemon, is a Katana master who focuses on quick punches and great agility. Zaav is a heavily armored knight with a long-range lance and strong defense abilities. As each of you changes everything from your movement to your basic attacking abilities, you play a completely different class or character. The quick substitution brings the necessary variety to the fight, although I've often found out that most of the time I use a daemon and use it most of the time. There were not many places where I felt I really needed to choose the right fighting style for the job, as opposed to the one I felt most comfortable with.

Because every daemon plays like a completely different class or character. "

There is also a lot of customization for each daemon. They all have extensive skill trees and can be equipped with up to three secondary skills, from ranged energy explosions to deadly slashes. Add that any of these abilities can be improved with modifiers such as more damage or more affinity – a resource that allows you to switch to Super Saiyan-like mode for a limited time is more than I had to try. And without accessing the simple but satisfying equipment system, where weapons are upgraded and their properties changed by slicing in relics called shadow stones. When it comes to character customization, Oninaki does not loiter.

Despite all this, I sometimes found the fight somewhat unwieldy and repetitive. The farther I get in the game, the less pronounced it is as hostile diversity increases and new demons and abilities are unlocked. But it never went away completely. Certain abilities, such as the movement forces that are critical to warding off strong attacks, never felt so responsive. Many targeted hits like Aisha's Tranquil Mind seemed to miss half the time with smaller opponents, even if it looked like I had them aligned correctly. When you use the right joystick to aim, tiny bumps are often over-corrected rather than actually pointing in the direction I press. Every time I was in combat I got a lingering feeling that there were a few screws that had to be tightened to make everything feel as satisfying as it should. [19455920]

Graphics and music however, they do not have to be changed that way. The characters, enemies and environments are colorful but subdued, which helps to travel through a fairytale land where many hidden pains and sadness linger just below the surface. Gloomy tuned pieces effectively accentuate many heartbreaking moments in the story that I did not see coming. And the Boss music, which is energetic and interwoven with Celtic flair, is downright excellent.

The bosses themselves are well-designed, challenging battles that could really shine in a game with a harder fight. Each is larger than life and ready to keep you busy with flowing, engaging animations and tricks. Some of the normal enemies, especially later, show something of this cunning. But just as often, I would see a small group of them standing around doing nothing, as if their AI was listening or something, even after being attacked.