Open letter from the UNRWA commissioner to the Palestinians 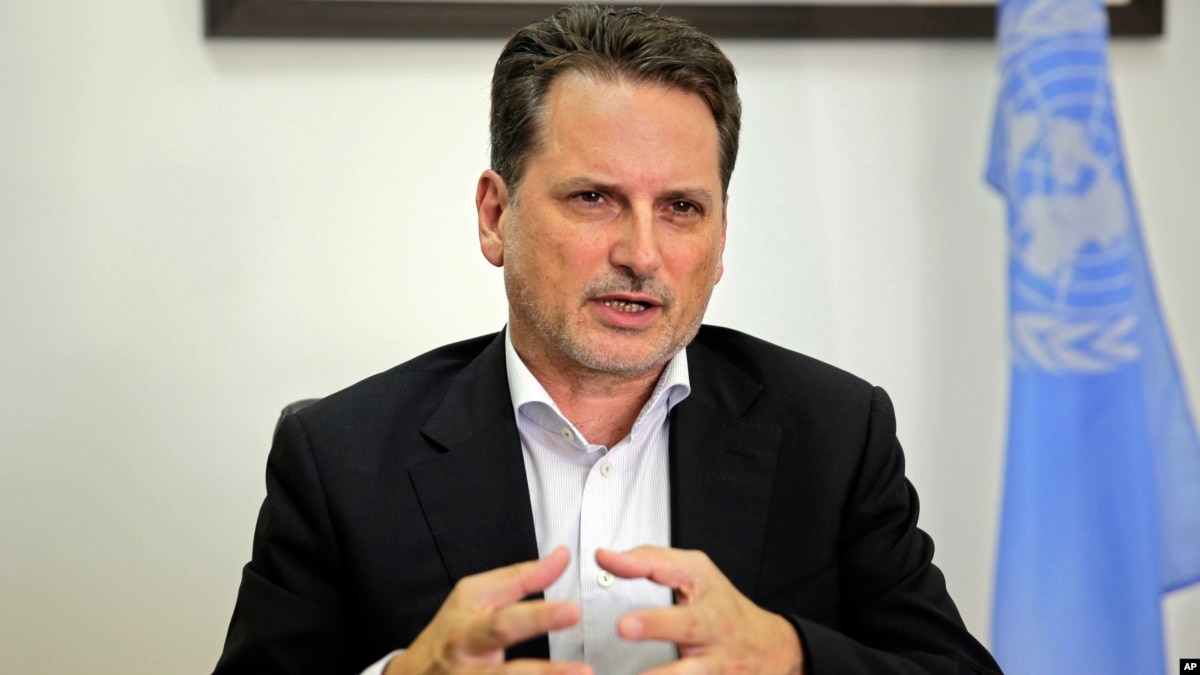 The head of the UN agency, which helps Palestinian refugees, has written an open letter to the refugees and staff of the agency after the US has announced that it will end their financial contribution to the agency.

In the letter Saturday night, UN General Agency Inspector General Pierre Krahenbuhl said the US decision would "only strengthen our resolve."

"The financing decision of a single member state – albeit our historically most generous Consistent Donor – will not alter or influence the energy and passion with which we approach our role and responsibility towards Palestinian refugees," he said.

The Trump administration cut UNRWA's funding on Friday and called the organization "irreversibly flawed," US State Department spokeswoman Heather Nauert said the "endless and exponentially growing community of legitimate beneficiaries of the UN agency is plain and simple." simply unfit "is sustainable and has been in crisis mode for many years. "

Krahenbühl said in his letter:" The responsibility for the slowness of the Palestinian refugee, the growing number of refugees and the growing need lies with the parties and the unwillingness of the international community or the total inability to find a negotiated solution and peaceful resolution of the conflict between Israel and Palestine. The attempt to somehow blame UNRWA for the continuation of the crisis is, at best, insincere.

UNRWA provides health care, education and social services to Palestinians in the West Bank, Gaza Strip, Jordan, Syria and Lebanon, providing services to more than 5 million Palestinian refugees, most of them are descendants of Palestinians who fled or were expelled from their homes during the war that led to the founding of Israel in 1948.

The US supplied almost 30 percent of the total population In January, the Trump government left millions of dollars and released only $ 60 million in funds for the agency.

Krähenbü hl said that this represents an income loss of $ 300 million. "Those who confronted our organization with an existential crisis have never been told the specific reasons for the dramatic cut in the past eight months, but it clearly seemed to be the tensions between the United States and the Palestinian leadership following the announcement the US over Jerusalem, and not UNRWA's performance, and therefore marked a marked politicization of humanitarian aid. "

The UNRWA chief also acknowledged "the deep appreciation of the more than 25 countries that increased their expected annual contributions at the beginning of the year to support the operation" and his "immense gratitude to the 30 donors working in this and this However, he said the agency was "still in grave need of over $ 200 [million] to end this year's crisis."

However, he said the agency has "made additional contributions to UNRWA's core and emergency activities."

Nabil Abu Rudeneh, spokesman for Palestinian President Mahmoud Abbas, said that the US decision to end UNRWA's decades of funding "does not serve peace but strengthens terrorism in the region."

UNRWA is considered by Palestinians and the majority of the international community as a valuable safety net. However, the US agency is viewed very differently by Israel

Israeli Prime Minister Benjamin Netanyahu has said that UNRWA supports the Palestinians' unrealistic demand that refugees have the "right to return" to the long-lost homes of today's Israel. He said that UNRWA should be abolished and its duties taken over by the US main refugee agency.

"There is unfortunately nothing unique in the long duration of the Palestinian refugee crisis … anchored in the principle of humanity and the common international norm is the obligation to continue serving the war-affected communities until a political solution is found", Krahenbühl said in his open letter. "It is the failure to end conflicts, prolong refugee situations, and deny refugees the choice to define their own dignified future."