Opening of the 3XN Olympic House in Lausanne 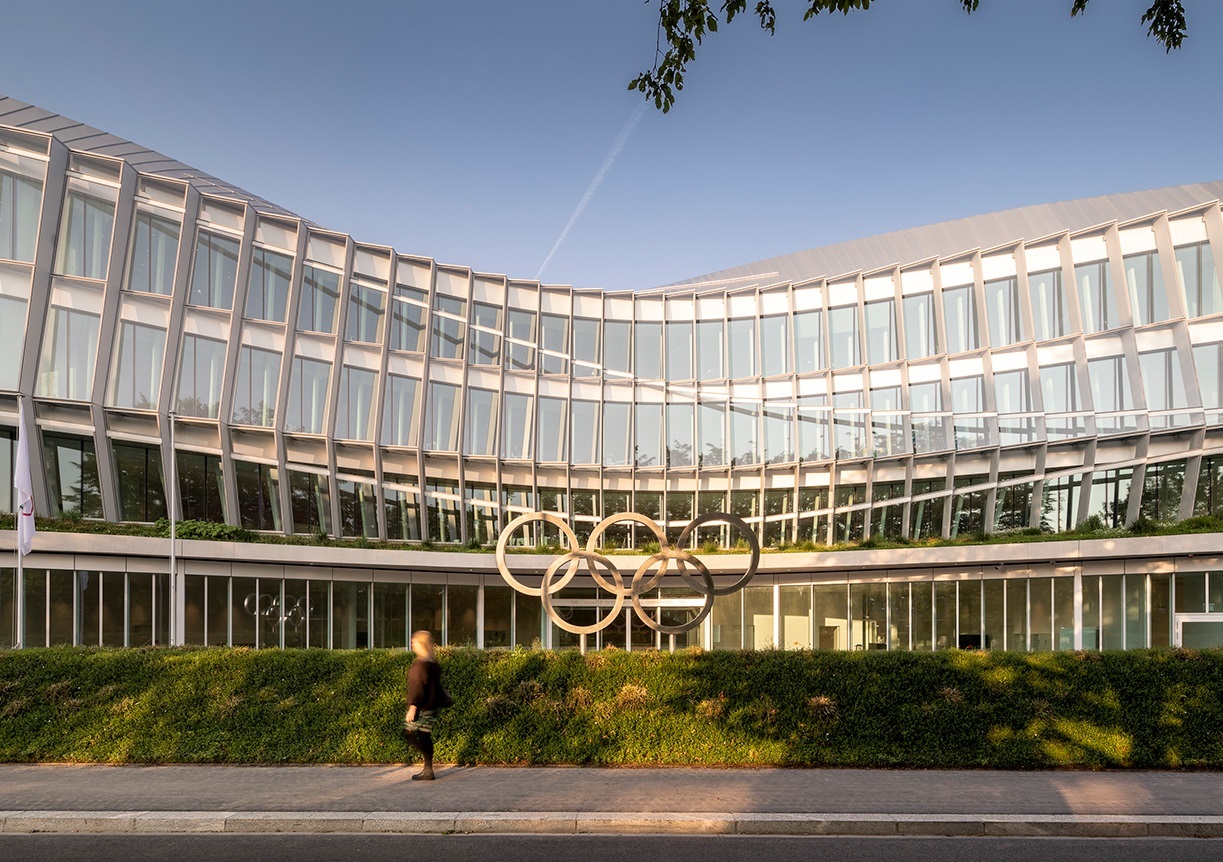 The Olympic House of 3XN opens in Lausanne

During the worldwide celebration of the Olympic Day, the International Olympic Committee (IOC) inaugurated its new headquarters, the Olympic House in Lausanne. The project, designed by the Danish architectural firm 3XN, aims to bring the IOC's staff – currently 500 employees at four locations in Lausanne – under one roof in one location. The new headquarters was built to promote the mission of international cooperation, transparency and sustainability.


The IOC decided in 2014 to continue consolidating its headquarters, and 3XN was selected in a multi-stage international architectural competition, which was certified by the International Union of Architects and led by a jury of renowned architects. After the competition, 3XN, together with the Swiss architecture firm IttenBrechbühl, supervised the construction of the project. Following the mission of the IOC, Olympic House is made up of five main objectives: movement, transparency, flexibility, sustainability and cooperation, each of which translates the basic principles of the Olympic Movement into a unified form. The building should authentically reflect the Olympism, the Olympic Movement and the role of the IOC as a catalyst for collaboration in an iconic form.

"It was the essence of the Olympic Movement and its values ​​that inspired the design," said Kim Herforth Nielsen, co-founder and director of 3XN. "The Olympic House wants to create a high-quality work environment in which all IOC employees are united under one roof. Our design focuses on transparency and flow to facilitate and promote interaction, communication and knowledge sharing, as well as creating a highly efficient and sustainable workspace. "

A trademark of the design, the façade honors the Olympic spirit by mimicking the graceful movements of an athlete. The dynamic, wavy flow of the façade looks different from all angles and conveys the energy of an athlete in motion. Exercise leads to a performance optimization in sports; Likewise, the formal manipulations of the building envelope directly affect their functioning. Inside, the Unity staircase, which refers to the Olympic rings, rises above the entire height of the building and connects the five floors through a central atrium. Following the principles of active design, the oak staircase and its periphery form the central area for social action and movement and promote the sense of community. Around the central staircase are arranged exhibition rooms, a cafeteria and meeting rooms, which promote a sense of community for the 500 regulars.

The Olympic House is an exemplary paradigm of circular economy in construction: 95% of the materials from the former administrative buildings on the site were either reused or recycled. In addition, Olympic House is a unique example of innovative collaboration between various stakeholders, including the IOC, some of the worldwide Olympic partners (Dow, Toyota and Panasonic), the architects (3XN and IttenBrechbühl), sustainability certification bodies, local authorities and suppliers and academics.

Olympic House has received three of the strictest certifications for sustainable construction, making it one of the most sustainable buildings in the world.