Breaking News
Home / Entertainment / Opinion: The last 35 minutes of Game of Thrones final should have been a full season

Opinion: The last 35 minutes of Game of Thrones final should have been a full season 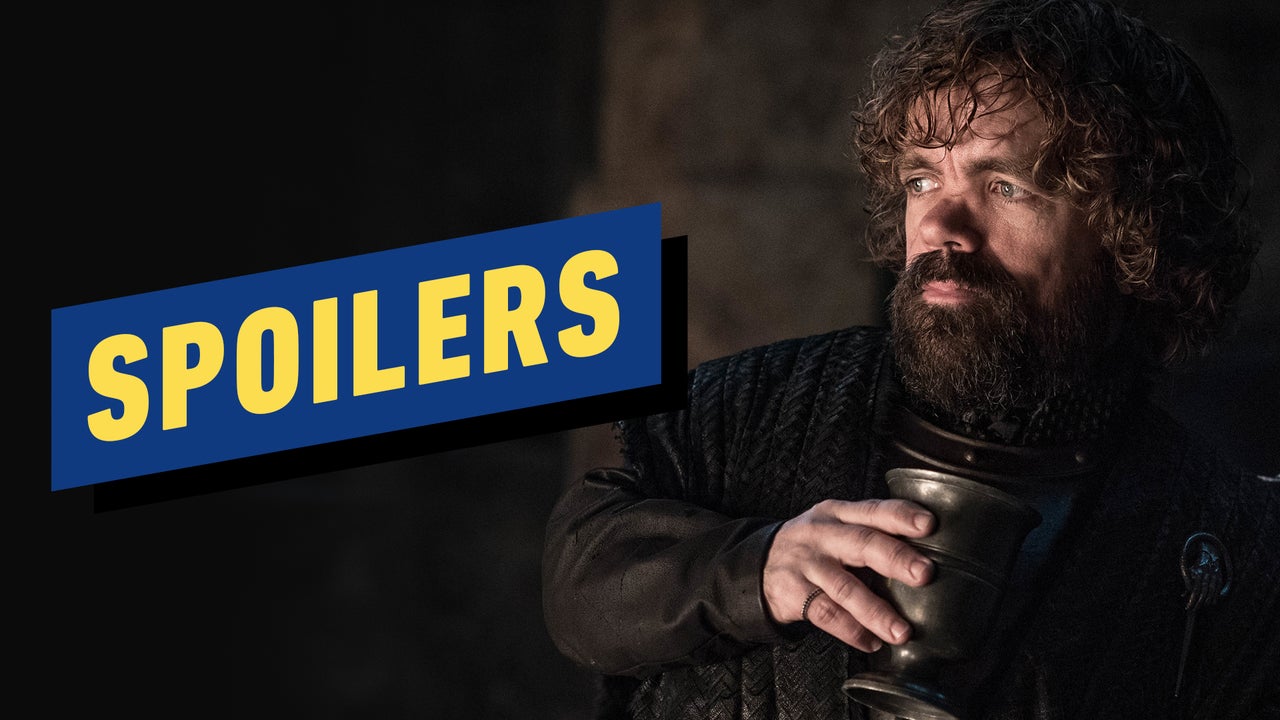 What's over is a prologue.

Full spoilers for the Game of Thrones series finale, see below.

For more information on Game of Thrones, check out the biggest WTF issues of the finale or any IGN Game of Thrones episode review ever. You can also learn why Westeros & # 39; new leader could be a frightening choice and why Drogon did what he did in the final.

Drogon highlights Daenerys & # 39; Body gently in his claw and flies while Jon watches and tears burn in his eyes. The last dragon in the world (and its last dragon queen) disappears into the ash-gray smoke that hangs low over Blackwater Bay. Fade to black. That should have been the end of Season 8.

1; on the contrary. For me, these last scenes – with the remaining cast members of the systematic rise of the Seven Kingdoms trying to fathom what the hell could and should come next – were as close as HBO's epic to his good old self felt at some point. It would have taken much more than 35 minutes.

These scenes sounded familiar to me: Tyrion managed to reconsider the nobility of the kingdoms while still in chains; from politicking and tense negotiations; the mild satire when Sam's democratic dream was dashed and historical pieces were deleted with a stroke of the pen; of siblings who have only one hug without being seized by the imminent and terrible death. And there were jokes! Do you remember these?

From zombie armies, dragon massacres, and even shadowy murder babies, this was the stuff that made Game of Thrones so compelling. It was a world built on the same rules we did, but without the limitations of history to make it predictable. It was pleasant to try again, but ultimately unbelievable.

Like Laura Prudom, our reviewer, I felt strangely emotionless as I said goodbye to this still-huge cast of characters. Somehow, Drogon managed to show the most noticeable emotions in the finale, and dragon faces are famed unreadable. Adding an extra squadron – perhaps even borrowing GRRM's character-based chaptering techniques and dedicating an episode to each lead actor – would have greatly enhanced the pain of parting we expected a few weeks ago.

Perhaps even more interesting is how the last decade of storytelling could have really made it meaningful. We've spent so much time observing characters telling people how they want that the world is changing, yet see so little of these recent changes. An entire season of unraveling the effects of the changing horrors at each end of the Seven Kingdoms and the seismic effects of a change of government would help to develop a concrete sense of purpose for this journey.

In short, what are the consequences of ripping the land in two? What about Dornish separatism, loyal Lannister, opportunist bandits and displaced houses? Do people feel uncomfortable with the idea of ​​a strong on both thrones? And where the hell was Bronn, and how did people react when he just turned up and got one of the biggest castles in the world because he only had a crossbow in a pub once?

Honestly, I would have taken the value of a full bottle episode of Tyrion, Gray Worm, the Lords, and the ladies debating in the Dragonpit about the future, with several claims to the throne (thrones), changes in politics, Arguments and compromises. Basically, I want Game of Thrones, but it's the west wing.

It's not as if this was unusual for the show. Game of Thrones's squadrons tend to be structured around an action-packed climax in the penultimate episode and a more contemplative final episode. This fictional season 9 would simply be this structure in the macrocosm.

We'll probably never get a final answer as to why showrunners David Benioff and D.B. Weiss said the show had to end in eight seasons, though HBO and George RR Martin wanted it to be a lot longer (although miiight has something to do with Star Wars), but I can not help myself believe it was sometime in sight. I'm not totally against the way the show split up, but as so often in the last two seasons, the speed with which it had to happen made it more difficult. There is so much to see between these outstanding moments of coronation, condemnation and corruption (I really do not like Bronnon), and it seems a shame we just have to imagine it.

But imagine it, I'll do it. No matter how much I disagree with last season's decisions – both in terms of plot and speed – Game of Thrones may be more than any show in my life and remain one that inspires the imagination. Chat with water coolers after episodes in which it was not about what had happened, but about what could happen and fan theories retreated so far that they were widely recognized. In his unnatural rush to hit the loose, there was simply no time for the eighth season, at least beyond "What's next?" Imagine that again.

Joe Skrebels is IGN's deputy editor in the UK and realizes he just wants all the action shows to become The West Wing after a certain time. Follow him on Twitter .