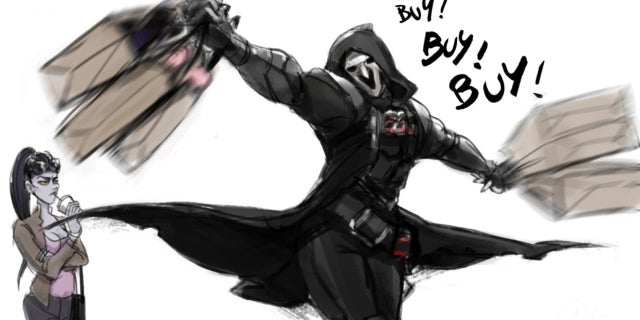 Too bad that the first weapon in the Overwatch Nerf line was not debunked as a D.Va weapon, because then we could say "NERF this!" and her voice would make sense. Still, "Grim Reaper Here" has its own appeal with a grizzly voice, and the phrase "die, die, die" will be everywhere.

During this year's San Diego comic book experience, Blizzard and Nerf were armed and ready to rock with the official unveiling of the new line. In the picture below, the weapon itself is functional (with the right ammo, come on), equipped with sounds and special edition balls. It even has the Overwatch logo on it, though the Black Watch hero himself would probably not agree.