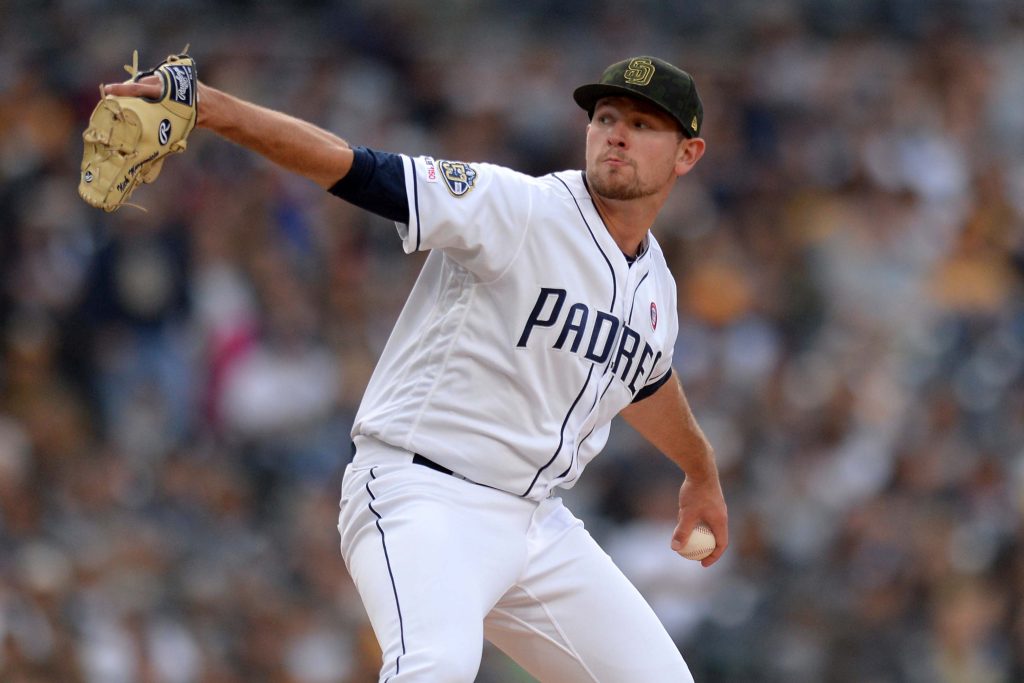 The Padres opted for Double-A Amarillo for left-hander Nick Margevicius and sent the Reliever Gerardo Reyes for Triple-A El Paso after a team announcement. To prove their cadence in San Diego, called the Cal Quantrill (19459003) from El Paso back and put Trey Wingenter (19459004) back from the 10-day injury list. The Margevicius downgrade ends At least for the moment he was in the starting lineup of the Padres. Although the 22-year-old is not a top player and had never been above the high-A level at the start of the season, he spent the first month and a half of 2019 in the brothers' rotation. Yields were great at first, but soft Margevicius has been spinning since mid-April. On his last start, a 2-7 defeat to the Pirates on Saturday, he scored six earned runs in four innings with eight goals (including four homers). Margevicius now has a value of 4.96 ERA / 6.00 FIP at 6.55 K / 9, 2.98 BB / 9, a groundball rate of 43.4 percent and an HR-to-Fly ball rate of 21

Margevicius & # 39; Fights have opened the door to Quantrill, who will have the chance to stand up for a start job. The promising 24-year-old will celebrate his third season opener on Sunday. He could eventually hand the ball over to Wingenter, who made a good start this year before an inflammation of his right shoulder forced him onto the shelf two weeks ago.