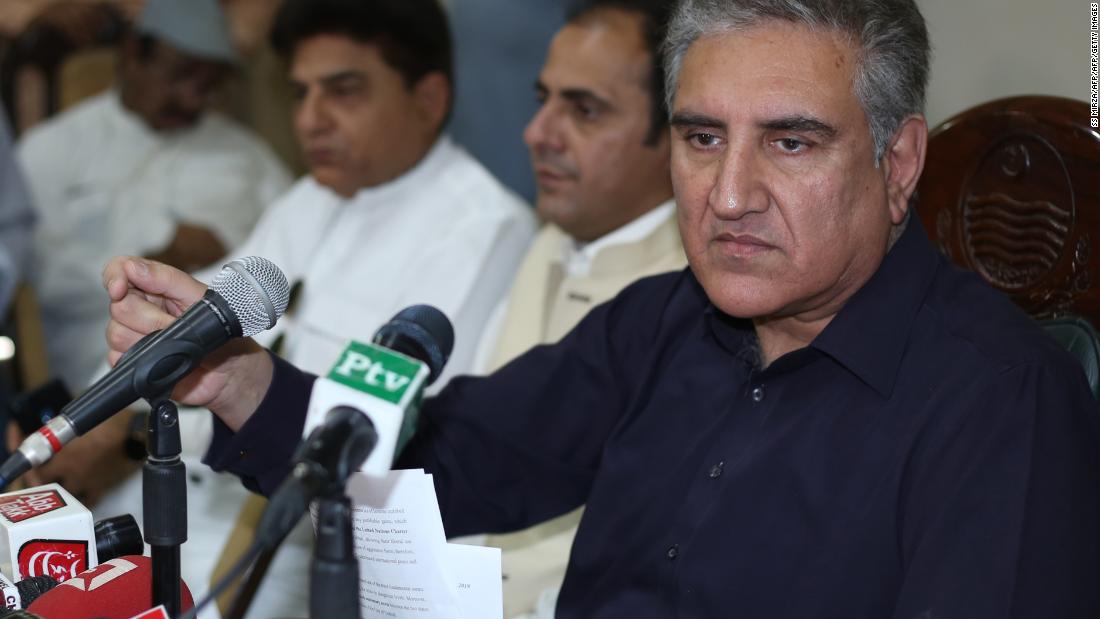 Qureshi said Indian Prime Minister Narendra Modi has given his forces the go-ahead for the attack in both Kashmir and Pakistan.

"He (Modi) says you have permission to take action and they (army forces) say," We have chosen targets that are military in nature. And not that It is essential that these goals are limited to Kashmir. So there is a new conversation about military action. And a new message is being issued about a military action, "he said.

The Indian Foreign Ministry said the allegations were unfounded and accused Qureshi of encouraging Pakistani fighters to attack targets in India.

" India rejects the irresponsible and absurd Statement by the Pakistani Foreign Minister to stir up the war Hysteria in the region. This public gimmick appears to be an appeal to the Pakistani terrorists to launch a terrorist attack in India, "said spokesman Raveesh Kumar.

Qureshi also referred to a February Kashmir attack that killed 40 Indian soldiers when a bomb exploded near a paramilitary convoy in Indian-administered Kashmir.
The Pulwama bombing was one of the deadliest attacks in Kashmir in recent years, with India claiming that Pakistan had a "direct hand" in the attack, and Pakistan vehemently denied playing a role.

The allegations were resolved military operations on both sides and led to further tensions 659002] "In occupied Kashmir, a new Pulwama incident could occur, with the aim of increasing diplomatic pressure on Pakistan and justifying the (India's) military action," Qureshi said Sunday.