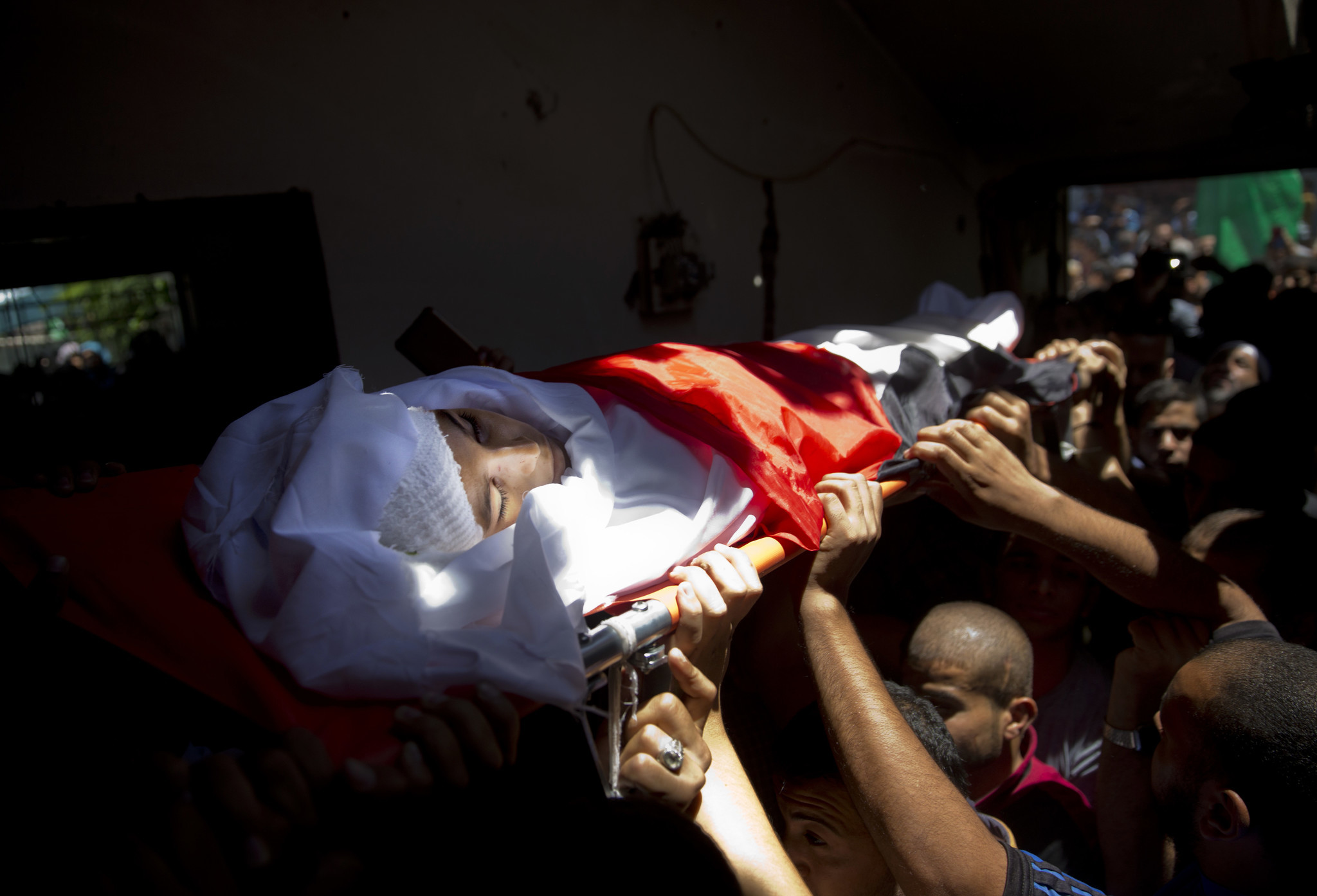 Two Palestinians, including a teenager, were killed and injured on Friday by Israeli fire, the Gaza Health Department said, as weekly border rallies organized by the militant Islamic group that governs the area.

The 13-year-old was fatally shot in the head and a 24-year-old man died of bullet wounds on his leg and stomach, the Gaza Strip's Ministry of Health said.

More than 130 wounded were evacuated to hospitals for treatment with at least three in serious condition, the ministry said. About 90 others received first aid.

A paramedic, Mutasem Khatib, said the teenager had thrown stones "very close to the fence" before being shot.

"It was a critical breach from the beginning that damaged a significant portion of his head," Khatib said in a telephone interview. "He died when we arrived at the hospital."

The military said thousands of Palestinians participated in the "extremely violent" demonstration. He said that the troops had frustrated numerous Palestinian attempts to cross the border, and in one case a grenade was thrown at soldiers. It was reported that reports of the teenager's death were being investigated.

Hamas, the group that ruled the Gaza Strip and vowed to destroy Israel, led to violent protests for three months. More than 1

25 Palestinians have been killed by Israeli fire since their inception.

Israel says it defends its border and surrounding communities, accusing Hamas of using the protests as cover for attempts to break the fence and carry out attacks.

The rallies are aimed in part at pointing to the Israeli-Egyptian blockade that was imposed following the occupation of Gaza by Hamas in 2007.

Late Friday afternoon, protesters flocked to five camps set up some 300 meters from the Israeli border. A few dozen ventured to the fence, throwing stones and firebombs at the Israeli forces.

Other Palestinians launched kites and balloons fueled by fires in neighboring Israeli communities.

Israel is fighting large fires caused by the burning kites and incendiary bombs that were fired from the Gaza Strip, destroying forests, burning grain and killing wildlife and livestock.

Palestinians said they shot down an Israeli drone in the center of Gaza, which fired tear gas at protesters. Videos of the episode appeared, showing dozens of teenagers gathering to record the drone and singing in Arabic "God is great" while others shot pistols in the air.

Fares Akram in Amman, Jordan contributed to this report