Paris Knife attacker, born in Chechnya, was on the Terror Watchlist 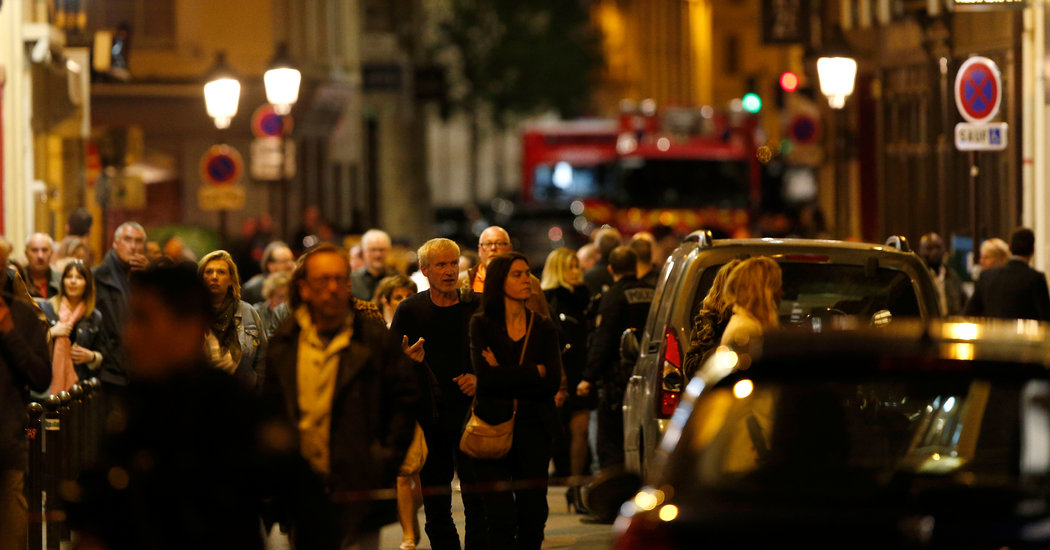 PARIS – The razor-sharp man who briefly spread terror in the heart of Paris on Saturday night was born in Chechnya and was on a list of potential terrorist suspects, leading critics of the French government's counterterrorism policy, to reopen Sunday's raid on those the list.

The man, identified by the police and the French news media as Khamzat Azimov, 20, French citizen, stabbed five passers – by, one deadly, in the middle of a neighborhood that was full of people. Englisch: www.germnews.com/archive/eng/knowledgebase.html. 1995/11 / 27.html […] With bloody hands and face before the attacks, he confronted three police officers in a narrow alley near the Parisian main opera, the Rue Monsigny, as witnesses said, and was quickly shot down after the attack do not seem to stop him with a stun gun.

One day after the fatal stabbing, the Islamic State News Agency, Amaq, released a mobile phone video in which the attacker had sworn allegiance to the leader of the terrorist group, Abu B, akr al-Baghdadi, and a call to other supporters of the Islamic State in France, Germany, the United Kingdom and elsewhere to carry out attacks.

The Saturday killing spree lasted less than 20 minutes, and Oliver Woodhead, a restaurant owner in English: The police said the police were "within 45 Seconds "arrived from the appearance of the suspect in the Rue Monsigny. Woodhead said he saw the suspect run into Rue Monsigny, apparently looking for more potential victims. "He came around the corner and his hands were bloody," Mr. Woodhead said. "He had done his thing."

Three policemen walked down the short street. After the stun did not stop him, "he came to the third policeman," Woodhead said.

Two shots were fired, one of which hit the suspect in the chest.

A French magistrate said that a victim who was fatally stabbed was a 29-year-old man. None of the wounds suffered by the four wounded are considered life threatening, officials said Sunday.

The suspect has been on the terrorist watch list since 2016, which, according to French news, was there because of his contacts with a man whose wife had tried to go to Syria.

The list of terrorists is long and long – there are about 20,000 names. Successive governments have said that the list is merely an instrument to keep those in danger of turning to terrorism.

Even slight hints of jihadist affinity, as in the case of the suspect in Saturday's attack, suffice for landing persons on the list. There are too many to follow, officials say, and it does not signal criminal activity.

After each attack, the opposition politicians call for tough action and sometimes demand the internment or expulsion of all persons on the list. 19659002] "Once again, we learn that the terrorist was in the S-Files," said Marine Le Pen, leader of France's far-right National Front, citing the government's counterterrorism list. "What use do the S-Files have if we do not use them to neutralize these time bombs on French soil?"

A government spokesman, Benjamin Griveaux, responded on Sunday in a broadcast that there was no "zero risk" that "those who say they can pull answers out of their hats, solve the problem, lie."

On Sunday, police question Mr Azimov's parents and search an apartment that is connected to the family in the 18th arrondissement of Paris. He was born in the Russian Republic of Chechnya and in 2010 became a naturalized French citizen. He grew up in Strasbourg in eastern France, according to a French lawyer. The official said that a friend of Mr Azimov, also born in 1997, had been detained in Strasbourg.

Apart from being questioned by security services for his links to deportation in Syria in 2017, he had none before (19659005). But the fact that the attacker was able to bring his video footage to the Islamist group's central news agency before he Knife stitches indicated that he had at least a digital connection with the terrorist group. 19659002] In the two-minute and 31-second video clip, Mr. Azimov is seen in a baklava covering the lower part of his face. He is in a wooded, remote area and speaks to the camera, swearing allegiance to the Islamic state.

In almost every other case where such a video promise was shared with the terror group prior to the attack, officials later discovered evidence of a direct digital connection with the Islamic State or the group's affiliates, including the siege of the coffeehouse in 2016 in Bangladesh, the Berlin truck attack in 2017, and the killing of a priest in a French church during the Mass in 2016.

"There's a lot of suffering, it's a new ordeal," said Anne Hidalgo, mayor of Paris, told French television about Saturday's attack when she visited the scene of the attack on Sunday morning. "Every time we are called for this kind of event, we wonder if this will happen again."