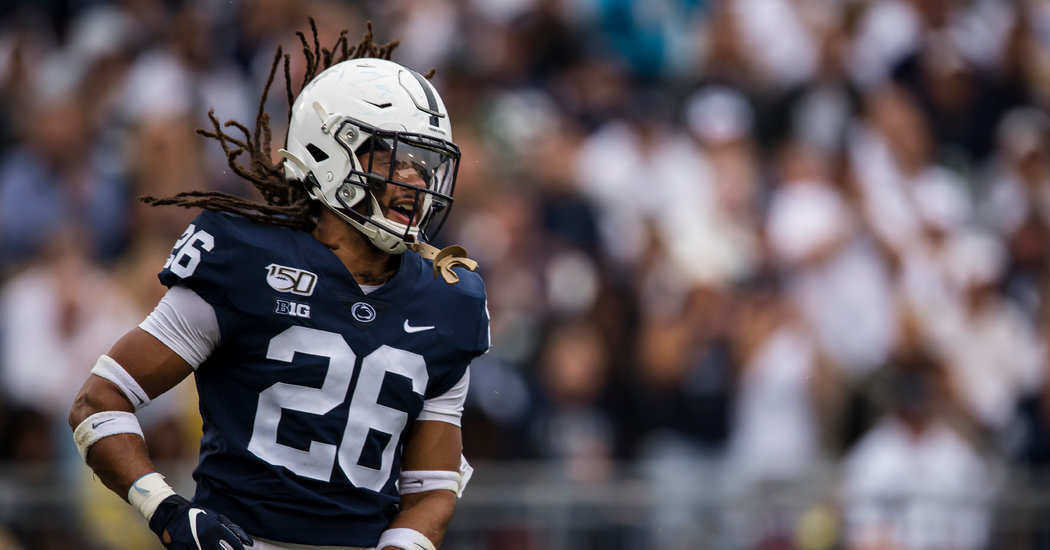 Pennsylvania State University, a Big Ten College and home to the acclaimed Nittany Lions, defended one of its footballers this week after it reportedly received a letter from an alumnus discussing the athlete's dreadlocks complained.

"We could not help but notice your – terrible – hair," said the letter to the player Jonathan Sutherland. "There must be mirrors in the locker room! Did not you have any parents or a girlfriend who told you that those shoulder-length dreadlocks are disgusting and certainly not attractive?

The letter was shared on Monday by Mr. Sutherland's on Twitter teammate Antonio Shelton. "Explain to me that this is not racist," Shelton wrote.

Penn State condemned the contents of the letter in a tweet on Monday, and his football coach James Franklin praised Mr. Sutherland at a press conference the next day.

"Jonathan Sutherland is one of the most respected players in our program," Franklin said. "He's the ultimate example of what our program is about, he's a captain, he's a dean who honors students, he's confident, articulate, intelligent, thoughtful, caring and committed."

Mr. Sutherland, who according to his squad is a junior safety team member and a labor and employment relations major at Penn State, also responded to the letter on Tuesday.

"Yesterday I received a letter from a graduate of Pennsylvania State University who had the need to communicate his humiliating opinions on my hair and its significance," he wrote on Twitter . "Although the message was indeed rude, ignorant, and judgmental, I did not personally offend you because I have to respect you personally as a person before I respect your opinion."

He also said he forgave the letter writer, citing Colossians 3:13.

The author of the letter, signed "Dave Petersen", could not be reached on Wednesday.

The Tribune Democrat, a local newspaper, identified the writer as David Petersen a resident of Johnstown, Pennsylvania, who graduated from Penn State in 1966. This Mr. Petersen told the newspaper He had made no statement about race or culture.

"It was not threatening or anything," he said. "I was just annoyed with some of the hairstyles we see, they think of Penn State as a bunch of clean people, and you see so many who are clean-cut, but the tattoos and hair – there are many types with hair on back and it just looks awful, and so does the NFL and NBA too. "

Mr. Sutherland and Mr. Shelton did not immediately respond to emails on Wednesday requesting a comment.

Blacks were long discriminated against, ostracized or punished for hairstyles that matched their natural hair textures, such as Afros or dreadlocks.The letter seemed to continue this stigma.

"My wife and I are proud, older & # 39; graduates of the state of Penn, "adding that the writer had done sports," but never had the greatness or the talent to reach your level. "

" Although today's athletes are like those of my day are undoubtedly superior; We miss the clean young men and women of those days, "the letter went on.

Even professional football players have been criticized.

"We've stopped looking at the NFL," it said, citing "disgusting" tattoos, "horrible hair, and immature antics in the end zone." "Players should pretend they've been there before."

Penn State could not verify the authenticity of the letter, it said in its statement on Monday. "Obviously its content does not match our values," he added. "We strongly condemn this message or any message of intolerance."

At a press conference last month, a reporter asked Mr. Sutherland if his hairstyle was important to him.

"I've had my hair for about 10 years, so for 10 years," he said. "I feel like it has become part of my identity at the time, and when I was a kid, my mother once plaited my hair and I just went along."

“He promised me this fight”