People spent $ 1.9 billion on apps last year to keep their brains sharp as they age 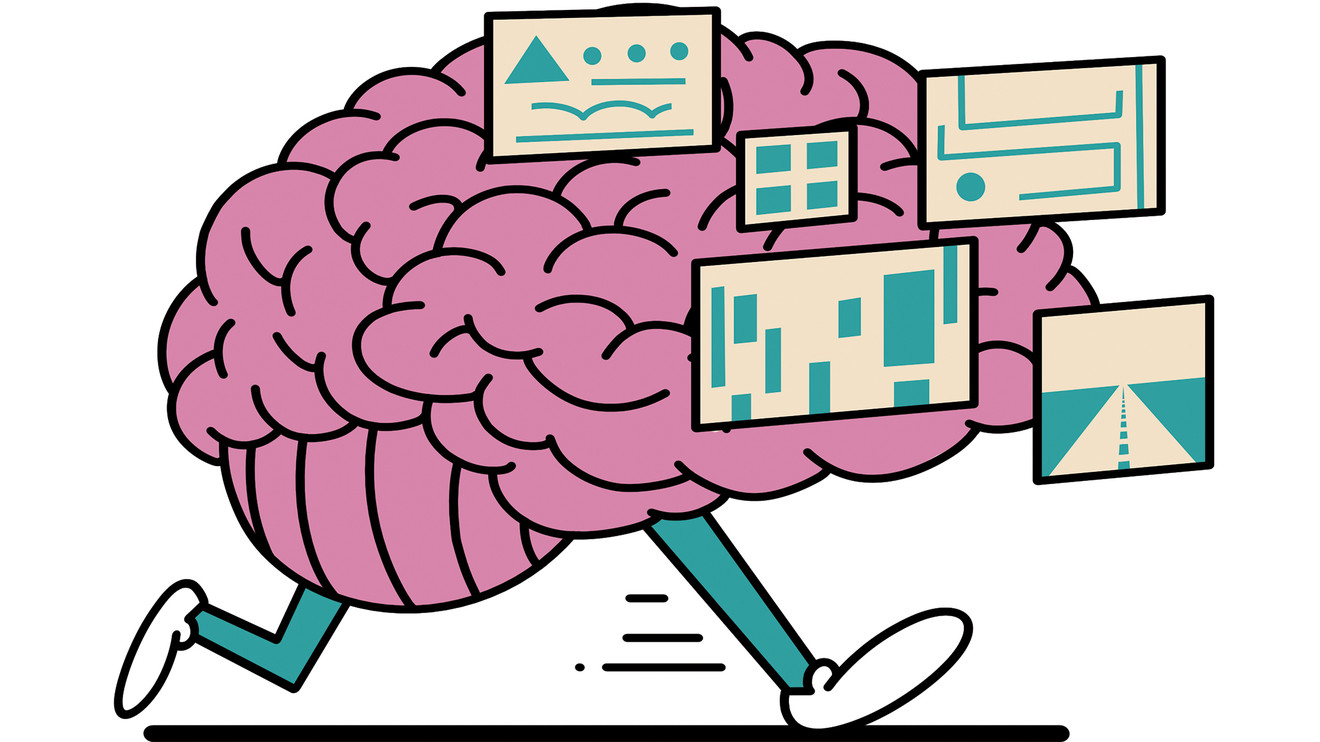 Sandra Wisham had never heard of cognitive training until her senior center in Coral Gables, Florida. She organized a seminar on aging and invited attendees to register for a brain fitness course. Intrigued, she signed up.

"I want to be independent for as long as possible," says Wisham, 76. She works hard to keep herself fit and attends Weekly Body Conditioning and Zumba classes at the Retirement Center. It made sense for her to do the same for her mind, she says.

Cognitive training or brain training refers to exercises that aim to improve certain aspects of a person's cognitive functions, such as: Processing speed, reasoning and memory. The exercises can be computer or smartphone based.

With such an aging population worrying about cognitive decline and dementia, such training programs have experienced an increase in popularity in recent years. According to global data from SharpBrains, an independent research firm, consumers spent an estimated $ 1

.9 billion on digital brain health and neuro-technology apps in 2018. Nevertheless, this is a fourfold increase of $ 475 million in 2012 Experts believe that the increasing interest in cognitive training and proof of utility is still a mixed bag.

"There will be one study that will benefit, but there will be another study that will not be useful," said experts Dan Press, a neurologist and director of the Department of Cognitive Neurology at the Beth Israel Deaconess Medical Center in Boston, which runs the Brain Fit Club, a brain training program in Beth Israel that includes activities such as Tai Chi and Yoga nutrition education.

A much-cited ACTIVE study on advanced cognitive training for the self-sufficient and vital elderly has shown that processing information is faster and faster – reducing a person's risk of developing dementia. The study looked at 2,802 healthy adults aged 65 to 94 who received training in memory, reasoning, or processing speed or were placed in a control group. The researchers found that those in the processing speed group were 29% less likely to develop dementia 10 years later. Researchers also found that refresher sessions could be beneficial; Each additional speed training session was associated with a 10% decrease in risk.

Consumers were estimated to spend $ 1.9 billion on digital brain health and neurotechnology apps in 2018, quadrupling $ 475 million in 2012.

On the other hand, a systematic review of previous studies on cognitive training in 2018 found that aligning brain training with areas such as memory or processing speed can improve performance in these particular areas. However, there was not enough evidence to determine if brain training alone could prevent or delay cognitive decline or dementia.

"Cognitive training has shown promise, but people should not expect it to be a miracle cure," said Sarah Lenz Lock, executive director of the Global Council on Brain Health, an AARP-funded group of cognitive experts Health .

For this reason, it is important to focus on what works according to recent research. For example, there is evidence that a so-called multi-step approach – a combination of brain training, healthy diet, exercise, and vascular monitoring – can improve or maintain cognitive function.

A large study examined 1,260 adults aged 60 to 77 years in Finland with mild cognitive problems or cardiovascular risk factors such as high cholesterol, high blood pressure or obesity – factors that increase the risk of dementia. The subjects were randomly divided into two groups: one receiving general health recommendations at the beginning of the study and the other four additional services: nutritional counseling, a tailor-made training program, a cognitive training program and consistent monitoring of cardiovascular risk factors.

After two years, the researchers found that cognition had improved in both the intervention and control groups. However, the intervention group showed significantly greater improvement in overall cognitive function, processing speed, and executive function for which the cognitive domain is responsible for problem solving and planning.

Wisham, who lives alone in a two-bedroom condominium, expects another two decades. She wants her remaining years to be good, she says.

She attended the Brain Fitness class at her retirement home, which is offered by the Brain Fitness Pavilion, a center for cognitive training, the University of Miami Health System. She worked with two programs: Posit Science's BrainHQ, which uses computer games to improve a person's processing speed, attention, memory, and thinking, and i-Function, a set of computer-aided exercises that help people find specific practicals How to learn or re-learn skills in life B. How to conduct online banking or refill a prescription via the website of a drugstore.

She spent an hour or two a week working through these computer exercises. One of them was a "double-decision" processing game in which Wisham simultaneously had to identify one object in the center of their field of view and another object in the periphery as quickly as possible. If their performance improved, the program would introduce the objects faster and create more distractions.

People enrolling in programs like these hope the exercises keep them mentally alert and may delay or prevent the onset of dementia in old age. Eighty-five percent of Brain Fitness Pavilion's visitors are 60 years or older, says its director Philip Harvey, who is also a professor of psychiatry and behavioral science at the University of Miami's Miller School of Medicine.

There are various causes of dementia, but the most common is Alzheimer's disease, which is caused by the buildup of a protein called beta-amyloid in the brain and the appearance of disorganized protein pulp called neurofibrillary tangles is characterized in brain cells. There is no cure for Alzheimer's and the treatment options for most types of dementia are limited. There is no drug approved for the prevention or delay of symptoms.

"Cognitive training has been promising, but people should not expect it to be a panacea."

The same applies to medical devices. The Food and Drug Administration has not yet approved a device to prevent or delay dementia, but the head of Posit Science, Henry Mahncke, hopes BrainHQ, one of the programs Wisham uses for brain training, will be the first one.

The company has been working with researchers and academics from academic institutions for many years to evaluate the product and its potential benefits. Currently, 78 studies are being conducted on aging. To date, more than 60 peer-reviewed papers on aging have been published with BrainHQ involvement. It is planned to submit the research data to the FDA, but that will be years away, says Mahncke.

The Benefits of Brain Training

Even though there is not enough evidence to definitively conclude that brain training can prevent or delay dementia, it has other potential benefits. Some studies have shown that speed training can help reduce the incidence of motor vehicle collisions among older drivers. Others have shown that certain cognitive training exercises can increase daily performance and prevent depression.

Lenz Lock recommends to the Global Council what they call "cognitive stimulating activities" that challenge a person's ability to think of as volunteering or learning a new skill. It also recommends exercise and other activities that can improve cardiovascular health. Some studies have shown that they can reduce the risk of dementia.

Wisham says she has "felt great" through her two-month brain training. Her cognitive exercise program gave her more confidence and she felt more capable. It also took her out of her apartment and helped her meet new people.

"I would definitely do it again," she says.

Immunity to coronavirus can disappear within weeks