Lima Alliance | Mario Salas: “Alexi Gómez will not be considered for the Copa Libertadores game.” 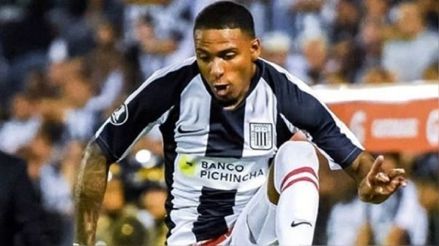 This Wednesday Alianza Lima drew 1-1 against Universidad César Vallejo and after the meeting Mario Salas He was referring to the team’s performance and how it will face the Copa Libertadores against the Racing Club.

“We could have stayed with the win, but we have to keep working and recognize that there are things to be improved,” said Salas in a dialogue with Soccer like field from RPP Noticias.

He also stated that while this tie seems like a valuable point, he is still looking for his first win since the League 1 restart.

“For us it is important to win in Alianza Lima, which is what matters, but when you bind in this way it tastes more sweet than bitter. You have to be self-critical not to cloud yourself,”

“There are a lot of things that clubs are getting with good results but we have to understand that for that we need strong support from the game, the idea, the form and the methodology of the work,” he added.

On the other hand, Alianza Lima will face Racing Club for the group stage of the Copa Libertadores this Wednesday 23 September and, according to Mario Salas, there will be an absence from the squad list: “Carlos Ascues will be on the List of standing Libertadores Cup. Alexi (Gomez) it is not taken into account, “he said.

Peruvian national team: Gianluca Lapadula spoke to Ricardo Gareca to be called up to qualify for Qatar 2022

Alianza Lima: “Beto Da Silva asked us not to pay him a fortnight, he is not a profiteer.” FOOTBALL PERUVIAN