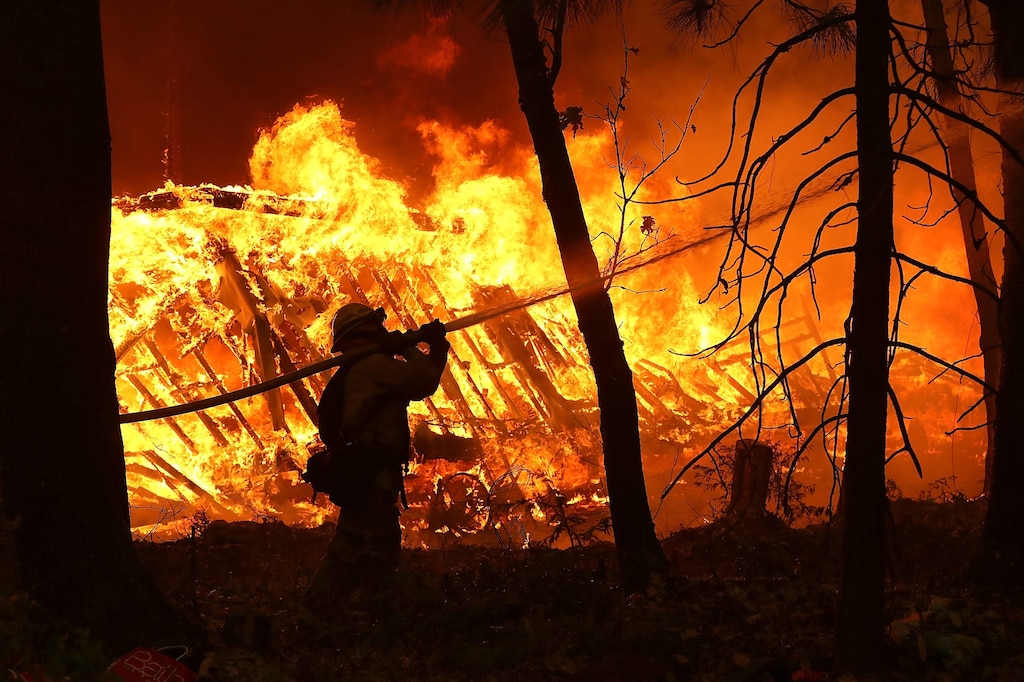 California's largest utility, PG & E, received a report A $ 4 billion plan seeks to file for bankruptcy on Monday as potential liabilities are tied to California's deadly fire last November. Stocks rose 20% after the news before returning to the flatline.

A group of hedge funds, including Elliott Management of Paul Singer, has sent PG & E a financing proposal backed by convertible bonds due in about five years, Bloomberg reports, citing sources familiar with the matter. At least one other group, including Ken Griffins Citadel, is planning a competing financing plan that would save the company from bankruptcy, Bloomberg sources said. Citadel is one of the largest shareholders in PG & E with 0.55% ownership. On January 1

4, the company said it intended to file for bankruptcy at the end of the month to regroup under Chapter 11 protection – two months after the deadliest of California's most destructive wildfire broke out. PG & E said it had problems with the transmission lines when the flame broke and that it could be responsible.

In a January 21 notification, the company said it had raised $ 5.5 billion from four banks – JPMorgan Chase Bank, Bank of America, Barclays Bank PLC, and Citigroup Global Markets – for funding from the debtor Owned operations during the presumed two-year insolvency proceedings.

BlueMountain, one of PG & E's largest shareholders, recently spoke out to question the bankruptcy plan, arguing that it was "harmful, avoidable and unnecessary". Blue Mountain has a share of 0.83% in the utility, according to the latest disclosure.

Last week, a California Forestry and Fire Department report (CAL FIRE) concluded that the California utility is not responsible for the 2017 Tubbs Fire, the second most destructive fire in the state's history. This was "another example of why the company should not be in a hurry to file for bankruptcy," said a BlueMountain Capital Management representative on Thursday.

But PG & E said it still "has extensive litigation, significant and a worsening financial situation," despite new findings, according to a statement by Reuters.

The CAL FIRE report led some investors to seek funding offers that could give PG & E time to find solutions to current and future developments. In the future, claims to forest fires, such as legal relief, according to Bloomberg. Pacific Investment Management, Apollo Global Management and Davidson Kempner Capital Management belong to this group. 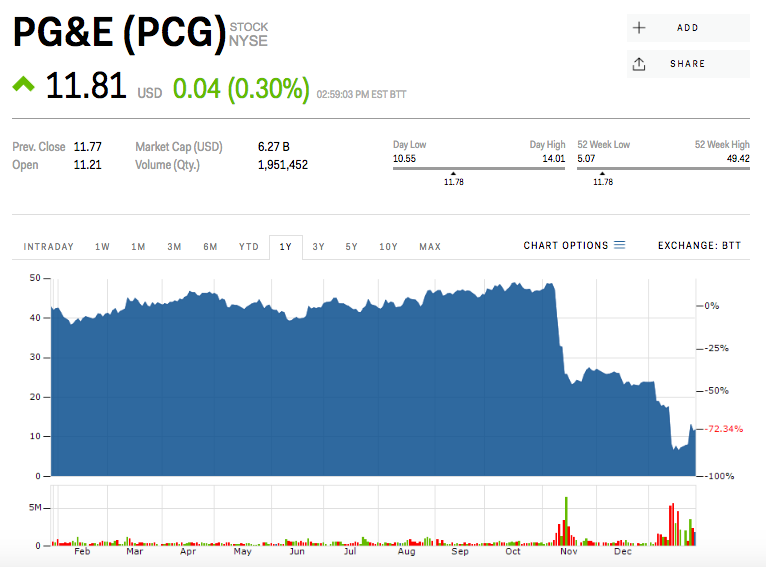