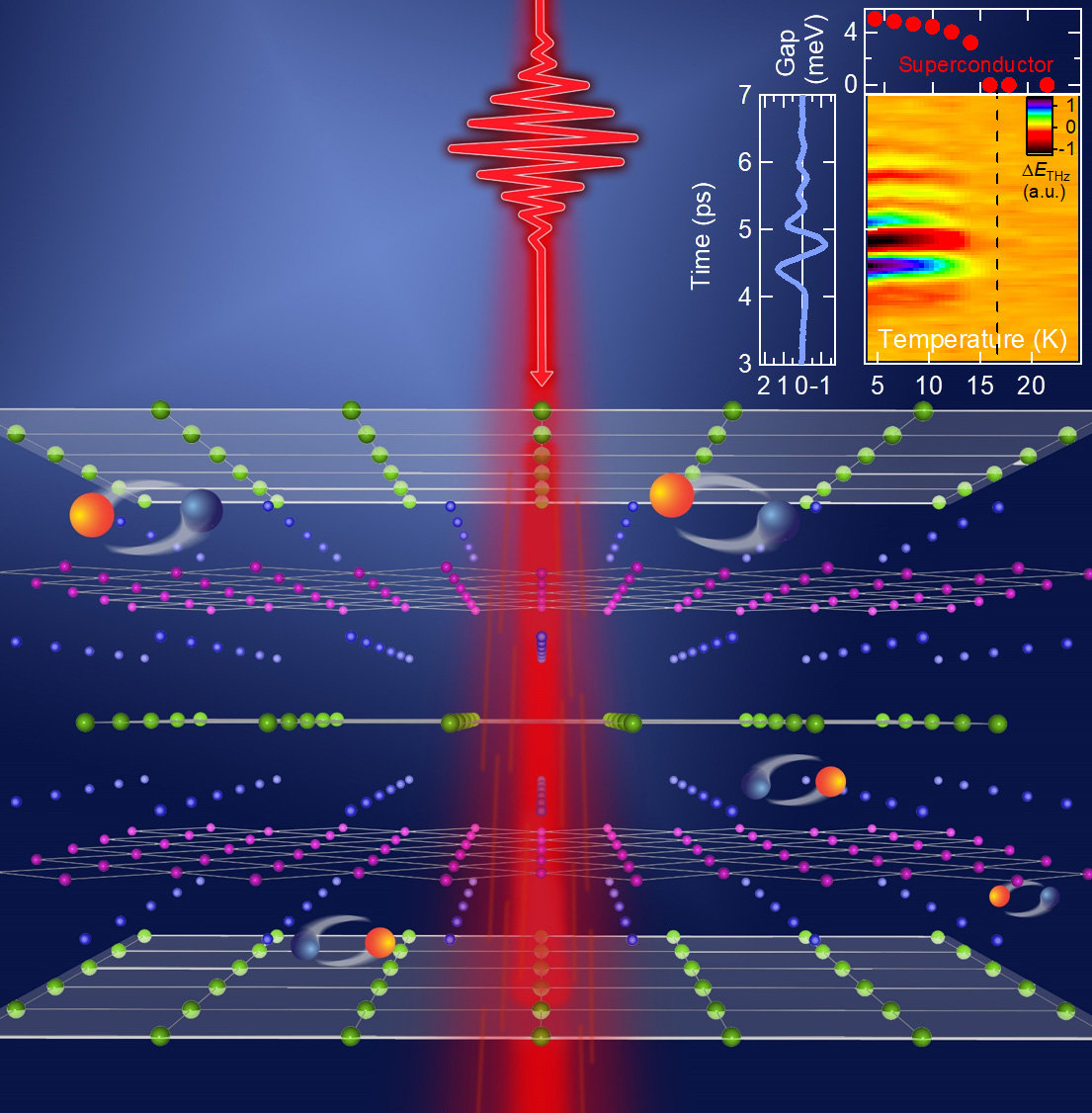 A team of experimentalists at the US Department of Energy's Ames Laboratory and theorists at the University of Alabama Birmingham discovered a remarkably long-lived new state of matter in an iron pnictide superconductor, revealing a laser-induced formation of collective behaviors that compete with each other compete with superconductivity.

"Superconductivity is a strange state of matter in which electron pairing makes it move faster," said Jigang Wang, a physicist at Ames Laboratory and a professor at Iowa State University. "One of the biggest problems we're trying to solve is how different states in a material compete for these electrons, and how to balance competition and cooperation to increase the temperature at which a superconducting state arises."

To be more specific, Wang and his team used laser pulses of less than a billionth of a second, similar to flash photography, to take a series of snapshots. This technique, called terahertz spectroscopy, can be referred to as "laser strobe photography," in which many fast images show the subtle motion of electron pairs within the long wavelength far infrared light materials.

"The ability to see this real-time dynamics and fluctuations are a way to better understand them so that we can develop better superconducting electronics and energy-efficient devices," said Wang.