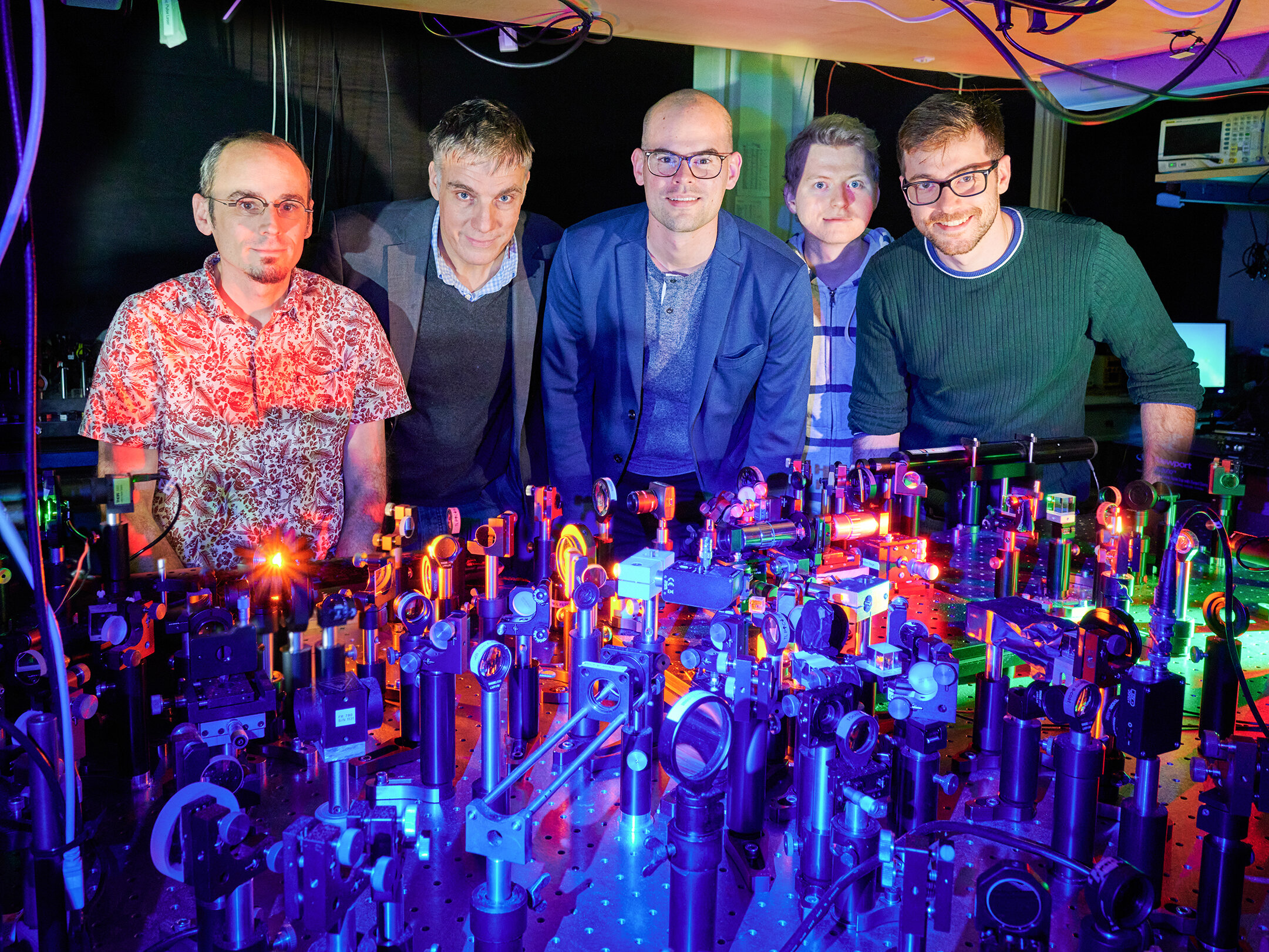 Light can be directed in different directions, usually in the same direction. However, the physicists at the University of Bonn and the University of Cologne have managed to create a new one-way street for the light. They cool photons to a Bose-Einstein condensate, which collects the light in optical "valleys", from which it can not return. The findings from basic research could also be of interest for the quantum communication of the future. The results were published in Science .

A beam of light is normally split by being directed at a partially reflecting mirror: a portion of the light is then reflected back to create the mirror image. The rest goes through the mirror. "However, this process can be reversed if the experimental setup is reversed," says Prof. Dr. med. Martin Weitz from the Institute of Applied Physics of the University of Bonn. When the reflected light and the part of the light passing through the mirror are sent in the opposite direction, the original light beam can be reconstructed.

The physicist examines exotic optical quantum states of light. Together with his team and Prof. Dr. med. Achim Rosch from the Institute for Theoretical Physics at the University of Cologne, Weitz was looking for a new method to produce one-way streets by cooling the photons: Due to the lower energy of the photons, the light is collected in valleys and irreversibly split. For this purpose, the physicists used a Bose-Einstein condensate of photons that Weitz first reached in 201

0 and was the first to produce such a "super-photon".

A ray of light is thrown back and forth between two mirrors. During this process, the photons collide with dye molecules located between the reflective surfaces. The dye molecules "swallow" the photons and then spit them out again. "The photons take on the temperature of the dye solution," says Weitz. "They cool down to room temperature without getting lost."

By irradiating the dye solution with a laser, physicists increase the number of photons between the mirrors. Due to the strong concentration of the light particles with simultaneous cooling, the individual photons merge into a "super-photon", also called Bose-Einstein condensate.

The current experiment worked on this principle. However, one of the two mirrors was not quite flat, but had two small optical valleys. When the light beam enters one of the recesses, the distance and thus the wavelength becomes slightly longer. The photons then have a lower energy. These light particles are "cooled" by the dye molecules and then enter a low-energy state in the valleys.

The photons in the pits, however, do not behave like marbles rolling over a corrugated plate. Marbles roll into the valleys of the corrugated iron and stay there, separated from the "summits".

"In our experiment, the two valleys are so close together that a tunnel coupling occurs," says lead author Christian Kurtscheid of the Weitz team. It is therefore no longer possible to determine which photons are in which valley. "The photons are held in the two valleys and reach the lowest energy state of the system," explains Weitz. "This irreversibly splits the light, as if it were crossing at the end of a one-way street, while the light waves remain in lockstep in different cuts."

The scientists hope that this experimental setup will allow this to generate even more complex quantum states that allow the generation of nested photonic multiple-particle states. "Maybe one day quantum computers will be able to communicate with each other using this method and form a kind of quantum internet," says Weitz, looking to the future.

Quote :
Physicists irreversibly split photons by freezing them in a Bose-Einstein condensate (2019, November 14)
retrieved on November 14, 2019
from https://phys.org/news/2019-11-physicists-irreversibly-photons-bose-einstein-condensate.html