Breaking News
Home / Business / Inspectors checked the quality of the fuels. Random controls and stations that the drivers complained about. Which results?

Inspectors checked the quality of the fuels. Random controls and stations that the drivers complained about. Which results? 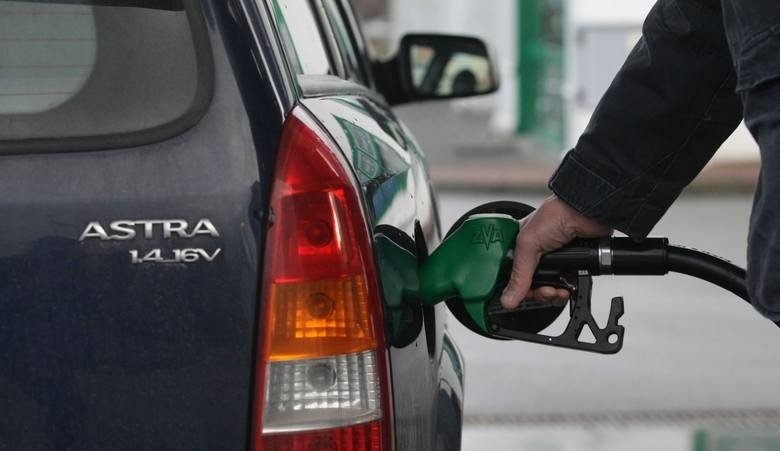 The trade inspection surveyed last year 1.9 percent. of tested liquid fuel samples at randomly selected contractors. This is slightly less than in 2017. The first results of the 2019 inspections are already in progress

. The Labor Inspectorate examines four types of liquid fuels available on the market: diesel, gasoline, LPG, biofuels. At the time of the first inspection in 2003, the percentage of liquid fuel samples that did not meet the quality requirements was 30%. In subsequent years, the number of irregularities among randomly selected entrepreneurs has decreased significantly and has been below 3% since 2015.

– Our inspections improve the quality of liquid fuels in Poland from year to year. In 201

8, the standards did not only meet 1.90 percent. Gasoline and diesel fuel samples taken at random gas stations. That's less than 2017 – says Marek Niechciał, President of the Office of Competition and Consumer Protection.

The quality control of liquid fuels is carried out in two ways. First, this type of input to randomly selected stations seems to better reflect the actual picture of fuel quality in Poland. Secondly, IH examines those traders who have received complaints or information from law enforcement authorities or where previous checks revealed irregularities. Overall, the quality requirements, taking into account the randomly selected and due to complaints selected transmitter did not meet 3.71 percent.

For randomly selected liquid fuels in 2018, the requirements did not meet 1.9 percent. (a year earlier – 2.34 percent). As in 2017, irregularities were less fuel (0.75%) than diesel (3.4%). The sample was slightly larger than in the previous year: Overall, the inspectors examined 947 samples at 947 stations
. The largest irregularities occurred in the following provinces: Kuyavian-Pomeranian – 7,69%. and Mazowieckie – 4.72 percent. Samples tested. In the Małopolskie, Opolskie, Podkarpackie, Pomorskie, Świętokrzyskie, Warmińsko-Mazurskie and Wielkopolskie voivodships, IH did not question any samples per cent. samples tested (2.14 percent a year earlier).

Like every year, the Labor Inspectorate also carried out inspections of stations objected to by drivers selected by law enforcement agencies and found to have irregularities in previous years. From 664 diesel and gasoline samples at 575 stations surveyed the inspectors 6.63%. (There was a deterioration because it was 3.76% a year ago). The objections were more frequently related to diesel – 9.98%. Samples (a year earlier – 4.49 percent). For gasoline, control in 2018 resulted in significantly fewer irregularities – 0.82 percent. than a year earlier (2.56%). As part of the LPG inspections, the inspectors surveyed 2 percent. Samples, so there was an improvement compared to 2017, when it was – 4.55 percent. The largest deviations from the quality requirements for liquid fuels were found in the following provinces: Kuyavian-Pomeranian (18.52%), Zachodniopomorskie (17.54%) and Greater Poland (10%).

Respondents parameter in the case of diesel was: so-called oxidation stability, d. H. Oxidation resistance in hours and too low flash point. The oxidation manifests itself in turbidity of the fuel and the formation of resin deposits in the tank and in the supply system. Among other things, it can lead to clogging of fuel filters, contamination of injectors and other defects in various elements of the fuel system. If the ignition temperature is too low, there is a risk of explosion of oil vapor when filling fuel from the distributor into the tank.

In the gasoline sector, the tests often resulted in cases where the values ​​set for the parameter Vapor pressure were not met. Failure to observe this parameter may affect engine performance. It can suffocate and go out. The second, most common failure was the failure to meet the requirements of the RON – the research octane number. Too low an octane number can be the cause of the engine knocking, resulting in improper combustion, noisy and uneven engine operation, and higher fuel consumption.

Regarding liquefied petroleum gas, the objectionable poor results were examination of the corrosive effect on copper and exceeding of the permissible total sulfur content, which may lead to corrosion of some engine components.

In 2018, IH 18 issued decisions on the withdrawal of non-compliant fuels and provided information on 77 service stations to the Energy Regulatory Authority, where inspectors violated the rules on trade with Fuels stated liquid and energy law. The President of the Energy Regulatory Authority may impose a fine on entrepreneurs who breach the conditions of the concession by selling fuels of inadmissible quality.

There are also the first results of the quality control of fuels in 2019. They concern both randomly selected entrepreneurs and those that were complaints. From the beginning of the year until March 31, 2019, the Labor Inspectorate collected and tested a total of 425 samples of liquid fuels, including 225 samples of diesel oil and 200 samples of gasoline. 10 samples of liquid fuels (2.35%) failed to meet quality requirements, including 8 ON samples (3.56%) and 2 gasoline samples (1%). For Liquefied Petroleum Gas (LPG), 85 samples were taken and tested by March 31, 2019, and 2 samples failed to meet the 2.35% requirement.

Where can you find information?

List of gas stations and wholesalers inspected A commercial inspection ordered by UOKiK can be found on the website of the office on a specially prepared map. You can find stations and wholesalers in a particular city. Below the map is a legend that explains the symbols and letters used in the tables. The letter D indicates that the sample meets the statutory quality requirements (parameters).

In your opinion, is the engine damaged by bad fuel? Did you pay the repair costs? Submit a lawsuit to the owner of the station. Please also inform UOKiK via a special form about the station where poor quality fuel is sold. Also notify the commercial inspection. IH will help you with the amicable settlement of your dispute with the entrepreneur. If the seller does not agree with the amicable settlement of the case, one of the Ombudsmen will make available
free of charge, if the distributor at the filling station indicates the fuel quantity by a few liters more than in the vehicle tank at the refueling point Activities. Inspectors of the Office of Measures can inspect the specified station and check that the correct amount of filled fuel is indicated on the meter in the distributor.

"Abolition of the license fee and reduction of the profit margin". PO proposals to reduce fuel prices. VIDEO:

World media write about the Polish economy. Economists are surprised by the pace of reconstruction!

Górnik Zabrze without PLN 3 million! The Zabrze Club did not use the financial label of the Polish development fund. Why?