Presentation of the Public Media Award 2019. The TVP and Jarosław Marek Rymkiewicz employees have won 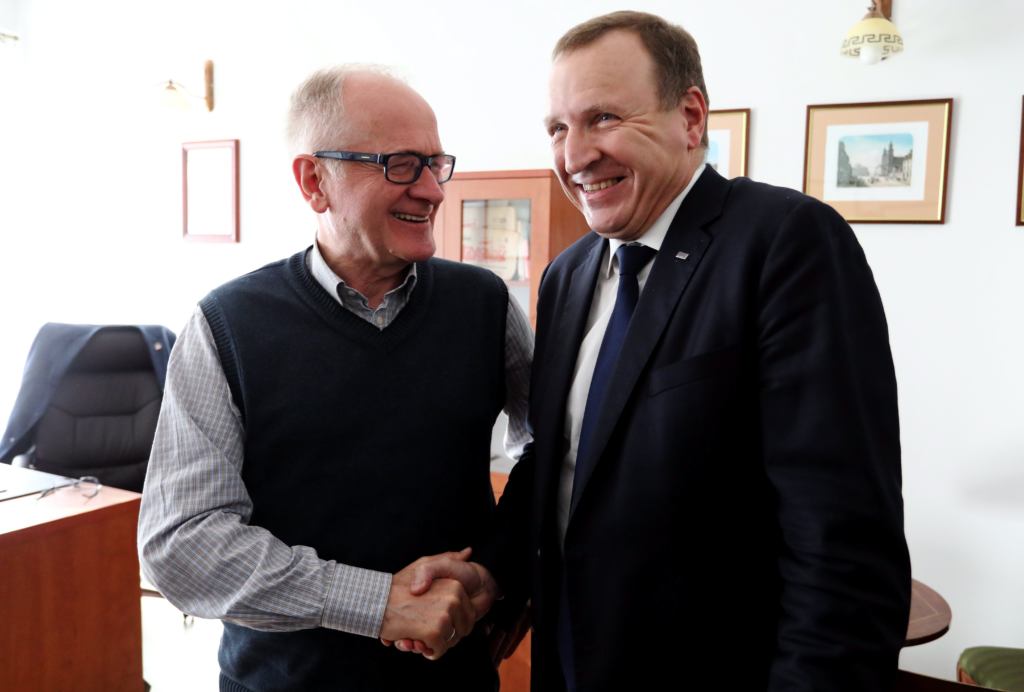 "I'm touched: eleven years ago, late Andrzej Urbański received these awards as a link between the cultural world and the media world, a print run was successfully carried out, later we were brought out of the media, the prizes were released and the public media should "These words were the opening of the Gala of Public Media Awards 2019, Krzysztof Czabański, Chairman of the National Media Council.

"Now that real money has been put into the media, we have been able to enrich the program offer and reactivate the prizes."

The money is indeed considerable – each of the winners received PLN 100,000 such as Polityka's passports and Nike, which Krzysztof Czabański described in interviews as a "private patronage" and regretted that they were subordinate to political goals.

Media Awards Public prizes are awarded to outstanding and respected While the above "Private Patronage" prizes were awarded for significant achievements in the previous year (as well as the Pu blic Media Awards 2008), the state patronage has rather vague requirements.

The justification for the nomination was, for example:

But the nominations were honestly and reasonably approved because, as Krzysztof Czabański emphasized:

"We have appointed very honorable chapters of respected cultural representatives, acting on their own responsibility, based solely on criteria of culture and art Personnel camps guarantee this. "

At the beginning of the day, in an interview with Radio One, he recalled that the media council had no control over the decisions of independent, outstanding chapters:

" We are only the ones who initiated and financed these prizes, but they also put Polish culture on the air and are not guided by censorship or political considerations. "

TVP for Right-wing and TVP

A Polish television commissioner independent chapter awarding prizes and nominations in the category "Picture". It looked like this:

The winner was Wawrzyniec Kostrzewski, a theater director with whom he collaborated with, among others, the Dramatic Theater in Warsaw, but in recent years primarily associated with the TVP Television Theater and most notably the Polish Radio Theater Festival and the Polish Radio Television Theater "Two Theaters" awarded. In 2018 he also made the TV cabaret TVP "La La Poland". The fact that he is the son of a member of the chapter discredits the "independence" of the Public Media Awards.

Other nominations of Polish television in the category "picture":

Rymkiewicz with the "Lifetime Achievement Award" after 2011

"The most outstanding living poet, incomparable essayist and polemicist" – the winner of the word category, Jarosław Marek Rymkiewicz, was announced. The poet and prose writer has been nominated several times for Nike ("Private Patronage") – the last time in 2011. In 2003, he was even the winner of this award. And although the Public Media Awards Gala has been known for a long time to be known in the world of culture, his recent accomplishments have been most emphatically highlighted.

This is among other things the process of 2011 for words about the publisher of Gazeta Wyborcza as "the spiritual heirs of KPP". , Also cited the best poem Rymkiewicza or "Warsaw Śródmieście – Milanówek at 23.42", selection of the corresponding fragment: [ForMazowszeyoumyfamilycountry
I do not know what your guys are dying for [19659002]] And the time here is like a skull – shattered and empty
And a blizzard went down the tracks and cried in headscarves

When I cried, I would like to have no other monument than this cry
It was a Photo in the blood of Michnik's corpse

The LaRator associated with "DoRźtwa" The literary critic Krzysztof Masłoń also mentioned Rymkiewicz's poem "To Jarosław Kaczyński". He also recalled a fragment of poetry and prose:

"I was very surprised that there are people in the world who are not Poles, and I thought it was a terrible punishment not to be Polish. .). "Something has remained in me of this childish conviction."

"And thank God it has remained that way," Masłoń quoted the quoted fragments. "Dear ladies, read Rymkiewicz There is nothing more valuable and interesting."

"Word" belongs to the Right

The category "Word", which was supervised by the Polish Press Agency, was also nominated:

It is Antoni Libera, Włodzimierz Bolecki and Andrzej Nowak are frequent guests of right-wing panels, everyone is friends with Bronisław Wildstein, whose books they recommend and praise.

One of them went to Andrzej Dobosz, a well-known literary critic, writer and unprofessional "Cruise" actor, and for a few months also a columnist for TVP Tygodnik.

Another "special prize" by Jacek Kurski personally. "It was a special year, the centenary of Poland's independence s Anniversary was TVP's biggest challenge in recent years, "announced the head of TVP. And he gave Krzysztof Talczewski the prize for the film "Independence", which they refer to as "the most outstanding documentary of recent years, a kind of magnum opus".

Talczewski's film was funded by Telewizja Polsat, MWM Media, but also received financial and promotional support from TVP and the Ministry of Culture and National Heritage.

Although the categories "image" and "word" were dominated by creators selected from an ideological key and therefore often marginal and functioning at the boundaries of cultural life, nominations became in the category Awarded "Music". The sponsor was the Polish Radio, which invited, inter alia, to the chapter Krystyna Prońko and Krzysztof Penderecki.

Winner was the legendary jazz musician Jan Ptaszyn Wróblewski, the other nominees in this category are:

Anna Mucha wanted to have a suspension abortion

Ewelina Martyniuk’s parents honored by the Minister of Agriculture