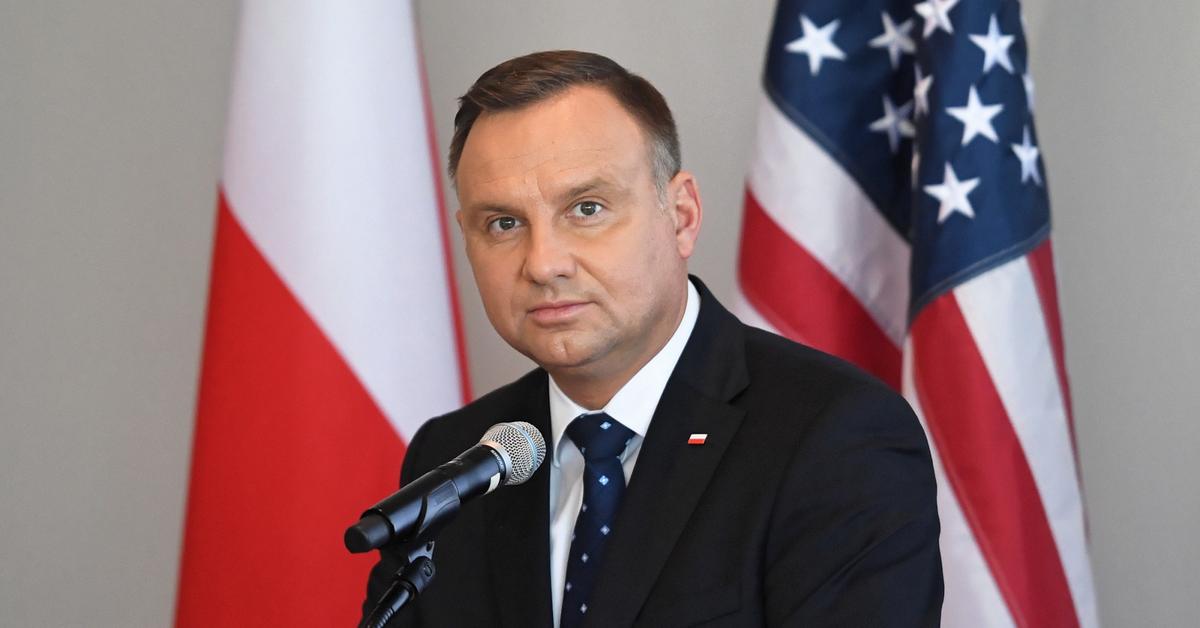 In his speech, Duda emphasized that the event is a great example of the growing and extremely dynamic cooperation between Poland and the state of Nevada. – I am delighted that more and more Polish and American entrepreneurs and representatives of R & D centers are participating – he said in Reno, Nevada.

1; I admit that I'm proud when one of the largest investments, one of The largest company that is currently being implemented in Nevada, is the mine of KGHM Polska Miedź – he said. He said that over 700 people work – and, as he estimated, build a positive image of Poland, and above all contribute to strengthening economic relations.

Duda said the prospects for strengthening cooperation between Poland and the state of Nevada are very promising. The President also noted that recent years have been a period of exceptionally good times for Poland and forecasts were very optimistic

. According to the latest OECD indicators, Poland is the fourth fastest developing country in the world and the first one to look at the countries of the European Union. GDP growth reached a record level of 5.1 percent last year. This is our best result since 2007, ie for 12 years – he shared.

The President emphasized that the close cooperation between Poland and Nevada in recent years has brought new and more concrete results in the field of innovation – I had the opportunity this morning to see the results of this cooperation – and thank you Thank you very much, I am thinking about a joint research project in partnership with NASA of the Polish Aviation Institute and the Institute of Autonomous Systems in Nevada – I participated in tests of the drone traffic management system in urban areas – he said

. The president noted that "drones are commonplace for many of us, and young people in particular." – Drones are also difficult to imagine in the future and future In addition, I am pleased that our research institutions are effective in cooperating with each other in this regard – he said

Andrzej Duda said that he wants "the Polish economic and Innovation Week in Nevada continues to contribute to the development of cooperation in sectors of the economy such as the aviation sector cosmic or electromobility.There is no doubt that the sector of new technologies is one of the priorities of both my presidency and the Polish government – he stressed.

He affirms that he knows the measures taken by the Nevada authorities to dynamically modernize and diversify the US economy. The Tahoe-Reno Industrial Center is also home to a state-of-the-art battery factory for electric vehicles, Gigafactory.

– That we also define our priorities and above all Those interested in the development of those sectors that ensure sustainability and sustainable economic growth in the long term create wide opportunities for mutually beneficial cooperation. I will not hide that I am glad that it is also applied and carried out at the local level. The State of Nevada combines strategic relations with three Polish voivodships: Lublin and Mazovian, and soon Podkarpackie voivodeship, where the Aviation Valley is located – one of the largest aviation clusters in Europe – An important element of this cooperation, its pilot program by the authorities of the Lublin Voivodeship and Nevada were initiated are acceleration programs for Polish technology companies. "

He stressed that he was very pleased with the signing of another letter of intent on the joint 2019 acceleration program." 2020 between the province of Lublin and the state of Nevada "and expressed the conviction that" initiatives implemented at local level, including between research centers and companies, not only play an important economic, but also social and educational role. "

I. believe that both Polish and American entrepreneurs will benefit even more from shared ideas and experiences for our economies, and I wish you all that the Nevada Week of Business and Innovation in Nevada is not only permanently included in the calendar of important economic events, I believe that many initiatives that will take place during the construction process will help to build a platform for long-term cooperation between Poland and Nevada and the United States of America – he explained.

Duda on the dismissed Poles: Courageous and objective