Breaking News
Home / Poland / Protest in the Sejm. The tripods and TV cameras have disappeared from the corridor

Protest in the Sejm. The tripods and TV cameras have disappeared from the corridor 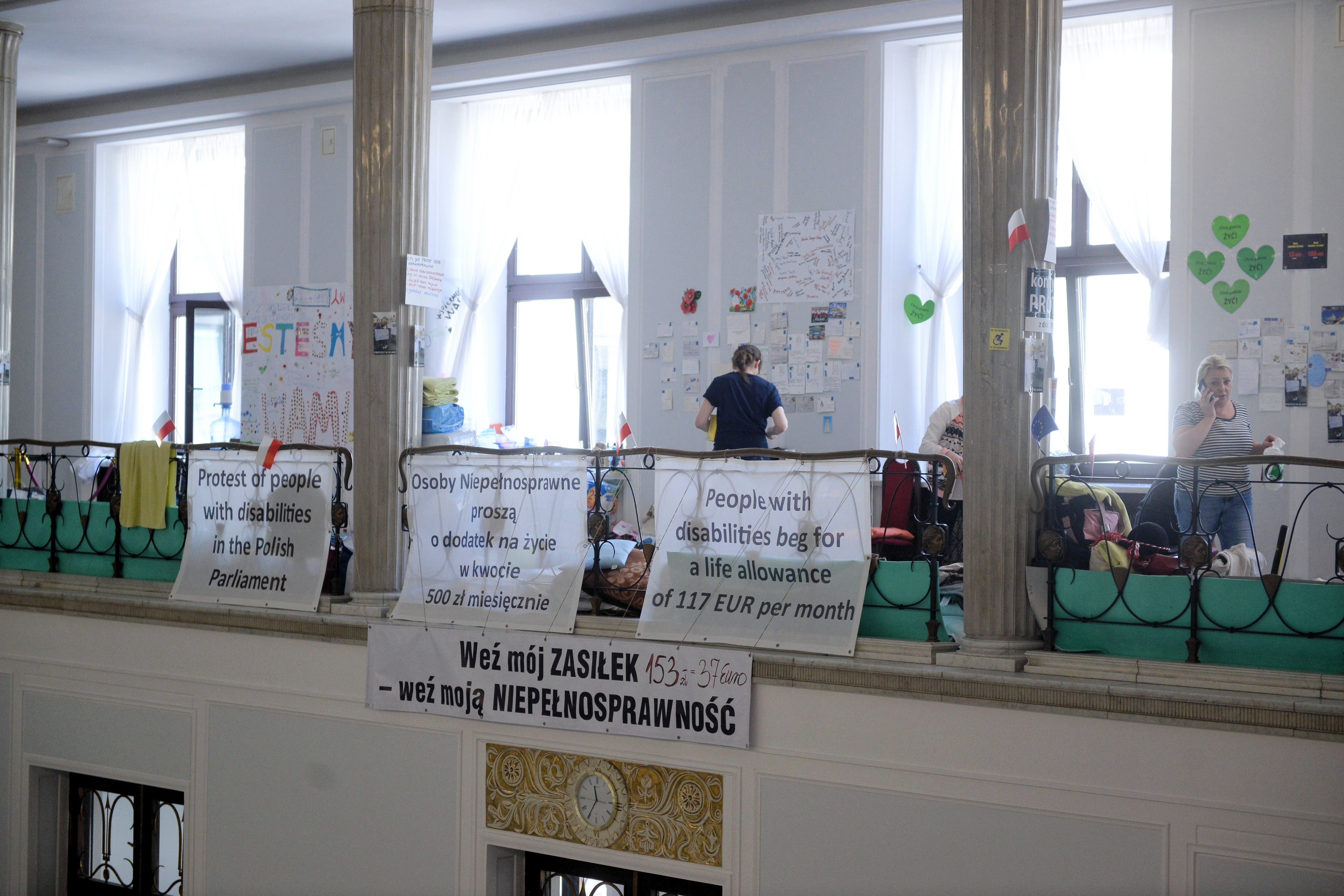 Another intervention by the Marshal's Guards. This time, the officers removed the cameras, which were located on the parliament corridor right next to the protesting demonstrators. The reason is the lack of journalistic accreditations for the NATO summit.

Katarzyna Milewicz is one of the demonstrators on the parliamentary corridor. She informed about removing the cameras on Facebook.

This event is confirmed by PO MP Michał Szczerba. – Marshals have started to disconnect all cameras. One of them was taken because TVN agreed with the parents of disabled people – explains the politician in a conversation with Wirtualna Polska. Szczerba adds that the demonstrators are concerned about the situation.

1; TV sets belong to the broadcaster and should not be confiscated without the court's approval – said the MP.

Also Mrs. Joanna Scheuring-Wilegus has pointed to the case. As she said in an interview with Konrad Piasecki on TVN24, the cameras were removed from those journalists who had no accreditation for the NATO summit. – Employees turned off the camera that had registered the disability protest. Earlier journalists were asked, said Scheuring-Wielgus.

Crisis in the United Right. PiS politicians meet in Krakow. Jarosław Gowin on the future of the coalition

A priest charged with pedophilia was arrested. “The clergy knew about this case 14 years ago”

Crisis in the United Right. A meeting of the PiS politicians takes place in Krakow. Jarosław Gowin on the future of the coalition