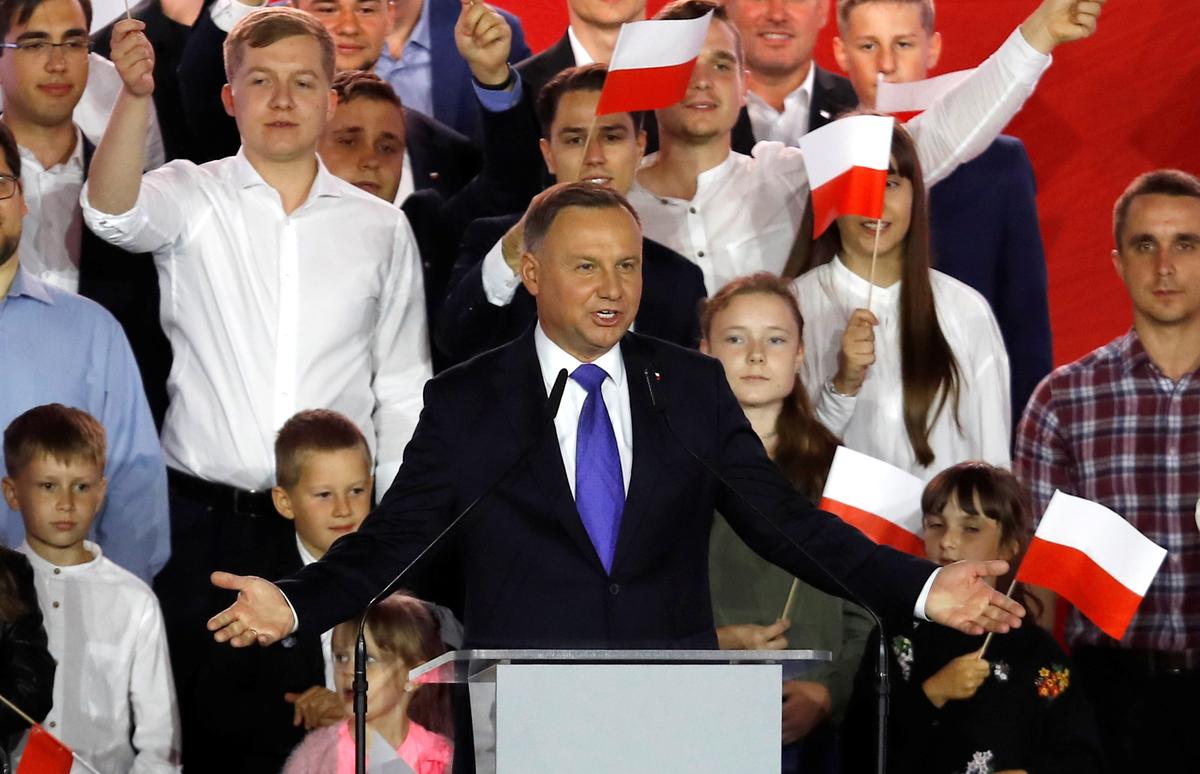 WARSAW (Reuters) – Poland’s incumbent Andrzej Duda won the presidential election. Results from over 99% of polling stations show that the remaining uncounted votes are unlikely to affect the end result, the National Election Commission said on Monday.

Polish President and Presidential Candidate of the Party for Law and Justice (PiS), Andrzej Duda, speaks after announcing the first results of the exit poll in the second round of the presidential election in Pultusk, Poland, on July 12, 2020. REUTERS / Kacper Pempel

Duda, an ally of the ruling Polish nationalists, is expected to help the Law and Justice Party (PiS) continue its judicial reforms and generous social spending programs criticized by the European Union.

According to the latest results, Duda received 51.21% of the vote, while opposition candidate Rafal Trzaskowski received 48.79% of the vote. The difference in votes between the candidates was around 500,000.

“I don’t want to speak on behalf of the campaign staff, but I think this difference is big enough to accept the result,” said Grzegorz Schetyna, former head of the Polish opposition group Civic Platform (PO) and member of parliament, told private broadcaster TVN24 on Monday.

The Poles voted with almost record participation, which the Commission reported as 68.12%.

The Commission said it is not certain when it will release the full official results since some polling stations, including some abroad, have not yet submitted their official censuses.

The opposition had previously said it was gathering information about voting irregularities.

“We collect information and signals about various irregularities and are still only talking about polls and only a percentage of the results of the National Election Commission, so we don’t have a complete picture of the situation,” said Tomasz Siemoniak, PO member of Parliament, Reuters.

PiS officials did not immediately respond to requests for comments. The State Department was also unavailable for comment.

“Today or maybe tomorrow at the latest … we can state the extent of these protests,” said Sylwester Marciniak, head of the election commission, on Monday at a press conference.