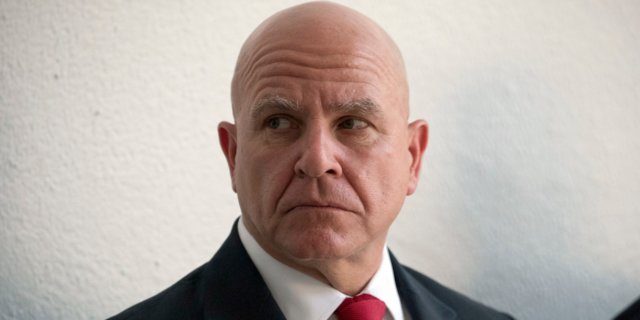 McMaster Sr., who died April 13 in Cathedral Village, a senior community in Philadelphia, where he was treated for a stroke. According to the local news report citing unnamed sources, McMaster Sr. is said to have suffered a head injury in a fall before his death.

The Pennsylvania Department of Health confirmed to a local CBS affiliate that the death of McMaster Sr. was probably an accident, but there remain questions about the care he received after his fall, the report said.

Investigators reportedly carried out a search warrant on Tuesday at the care facility. They are also investigating allegations that staff there told McMaster's family that records regarding the death of the older McMaster had been falsified, local news agencies reported.

Business Insider has not independently confirmed the claims, and the Philadelphia Public Prosecutor's Office did not respond immediately to a request for comment.

Cathedral Village officials said they fully cooperate with law enforcement: "We remain committed to the safety and well-being of all our residents and have made every effort to work together," a spokesman told WPVI.

The younger McMaster served as the second National Security Advisor to President Donald Trump from February 2017 to April 2018.