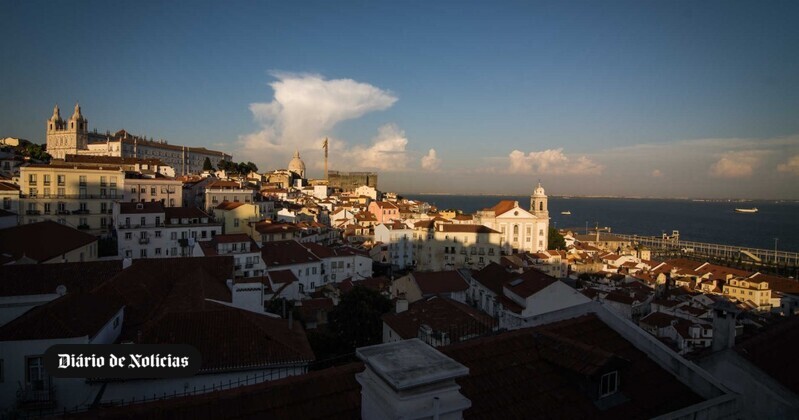 Lack of housing on the market slows down the real estate business. It is expected that the year will close with a turnover of around 24 billion euros (24.1 billion euros) as in 2018. The forecasts are from Luís Lima, president of the Association of Real Estate Professionals and Companies of Portugal (APEMIP), who points to the lack of inventories to stop the activity. "This is a year of stagnation," he emphasizes.

Patricia Clímaco, partner of the Castilian real estate agency, admits that "the transaction volume this year will remain around 5% or even decline slightly". In view of the reduced supply of housing, "According to Cristina Arouca, Director of CBRE, both Lisbon and Porto are experiencing a decline in sales" due to a lack of supply and, above all, adequate housing supply in terms of product, location and housing Price is "responding to" high latent demand in the middle class. "A similar opinion predicts Ana Jordão, director of Predibisa, for the available properties in Porto" clearly not enough for demand "and with" little supply for the middle segment "

The latest indicators By August of this year, 15,318 new homes were registered, an increase of 15.3% from the previous year's level of 2018. However, these figures are not encouraging for the President of APEMIP According to Luis Lima, "70 to 80% of these plots are for the upper class", "not for the needs of families, youth and children, "reminiscent of the drama of displaced teachers who can not find affordable homes. "I only see building for the rich, there is no supply for the middle class and for the youth," he says.

In Porto, new houses are missing between 2500 and 3500 Euro / m2, says Patrícia Clímaco. In Lisbon, there is a shortage of products between 3,000 and 4,500 euros / m2. Cristina Arouca points out that this year there is already an increase in the average segment compared to 2018 in the projects Alta de Lisboa and Parque das Nações. However, this increase concerns entry into commercialization rather than effective market availability, since it will not be completed until 2021. In fact, sales are increasing in the factory or in construction. For Cristina Arouca, "Portuguese households will not have more housing alternatives until 2021," which estimates that supply under construction will increase. In the second quarter of this year, the average price reached € 1031 / sqm, up 2% from the previous quarter and 6.4% year-on-year. It is 1383 Euro / m2 in Lisbon and 1034 Euro / m2 in Porto. For Miguel Poisson, director of Sotheby's Portugal, it is a "natural stabilization" that results from an "adjustment of supply relative to demand". In his view, many homeowners have "overpriced selling prices" and have already stated that "there are no distracted customers, that purchases are made rationally, and that real estate for sale must be at market prices."
Patrícia Barão, head of JLL's Residential Area, emphasizes that we have entered a "period of greater maturity" with only "a price stagnation in the urban areas due to restrictions on local housing".

According to CBRE, the average selling price of a new property in Lisbon is 5840 euros / m2, 15% more than in the previous year. In used homes, there is a tendency for growth to slow down. Already in Porto there are annual increases of 38% for new buildings (average value of 3600 Euro / m2) and 20% for used (1810 Euro / m2). Predibisa argues that at Invicta, stocks have not "stagnated" in prime locations, even though price increases are slowing somewhat. of foreigners. According to Patrícia Clímaco, there has been "great demand for national investors who choose real estate as an alternative to financial investment and as a future supplement to reform" last year. According to Francisco Quintela, partner of Quintela and Penalva, this move is "justified by the low interest rates on both loans and cash compensation" and "because there are currently 4 to 6% return on the leasing market."

For Miguel Poisson There are three fundamental reasons for foreign investment in real estate in Portugal: the desire to live in the countryside; It is a good alternative for the diversification of plants. and have a plan B if they have to leave their home country. French, Brazilians, English, South Africans, Turks and North Americans are the nationalities that stand out when buying houses in Portugal.