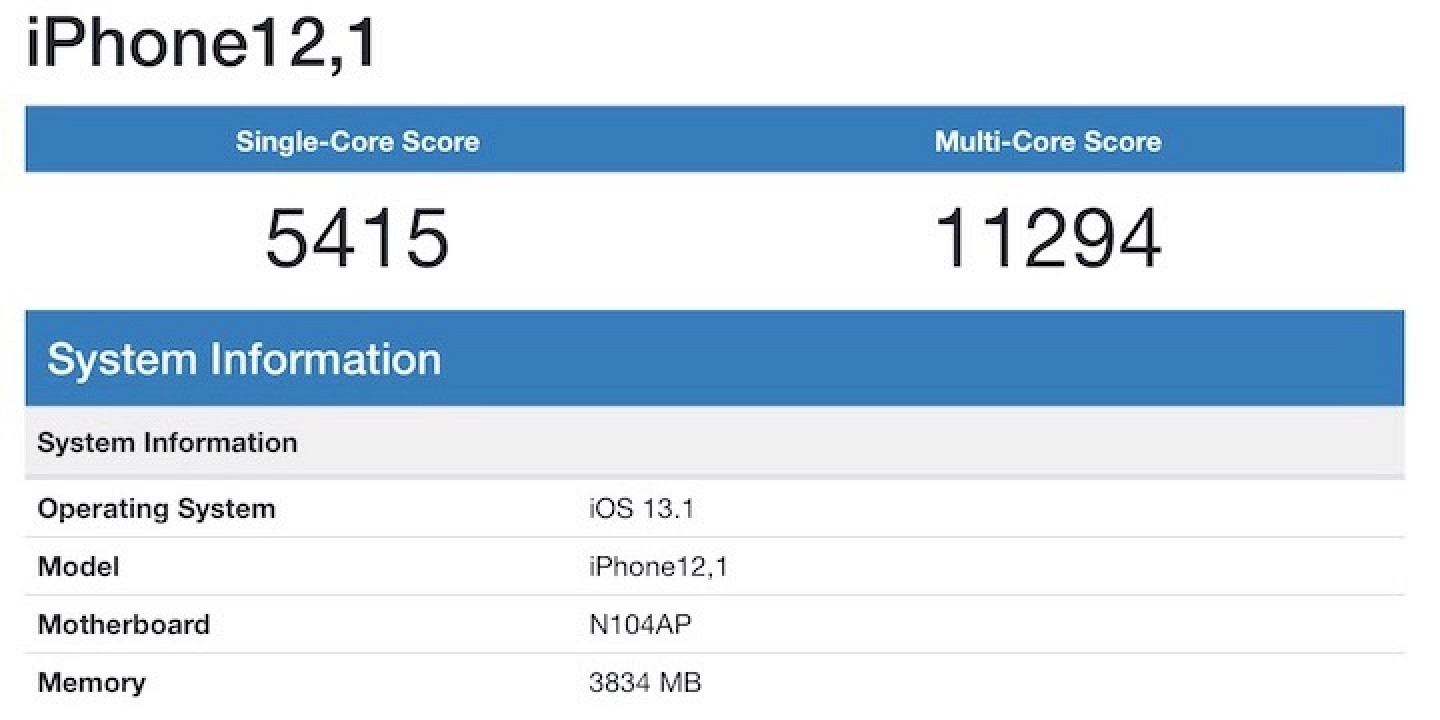 The result discovered by forum member EugW includes a model number of "iPhone12,1" with iOS 13.1 and motherboard ID N104AP. As early as May Bloomberg reported that the next generation iPhone XR internally bore the code name N104, while 9to5Mac in July reported that the device would carry the model number iPhone12, 1. 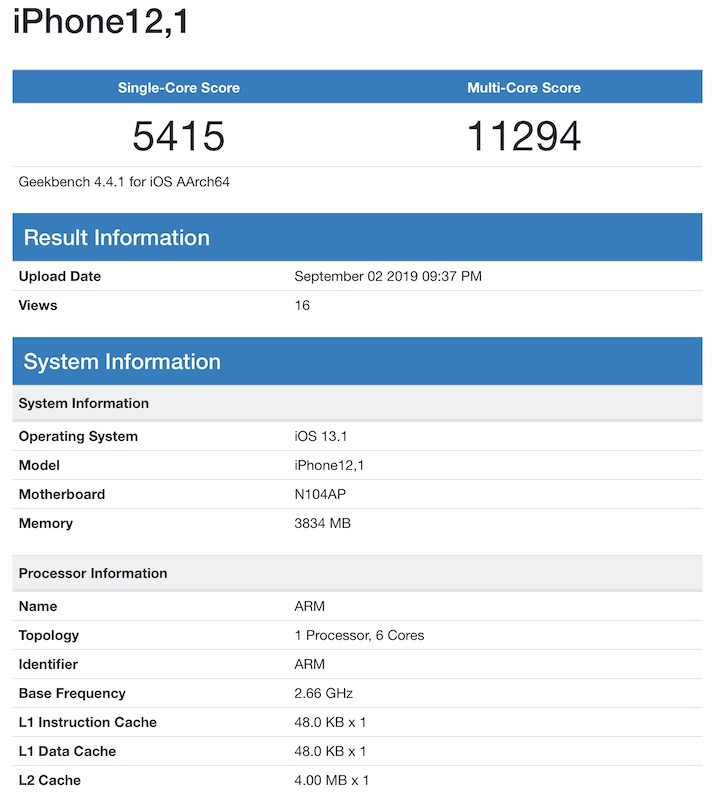 If legitimate, the result reveals some details about the iPhone XR successor and its A1

3 chip. First, the result shows approximately 4 GB of RAM for the device, which is an increase over the 3 GB found in the current iPhone XR and in line with the predictions of the well-known analyst Ming-Chi Kuo. The iPhone XS and XS Max already have 4GB of RAM, and there are no solid rumors suggesting that their successors will see an increase.

Interestingly, the 11294 A13's multicore score is nearly identical to the A12's 1112 average score, though Geekbench developer John Poole tells us that there may be some throttling due to thermal limitations, since similar situations may occur with the A12 was observed in the iPhone XS and XR, so we may have to wait for more data to see where the A13 really has the edge.

Careful observers will notice strangely low values ​​for the L1 and L2 caches on this A13, but Poole informs us that it's difficult for Geekbench to determine whether the read cache values ​​are high-performance or high-performance cores Efficiency, especially for non-released hardware for which the software has not been optimized.

Although we can not confirm whether the Geekbench result is legitimate, all data appears reasonable or explainable, and Poole says that "obviously nothing is wrong with the result."

With the unveiling of all three new iPhones at the Apple Media Event on September 10, we'll know more, though Apple is unlikely to provide details on chip speeds and RAM levels. However, it will not be long before there is additional data for the surface confirmation specifications of the new equipment.