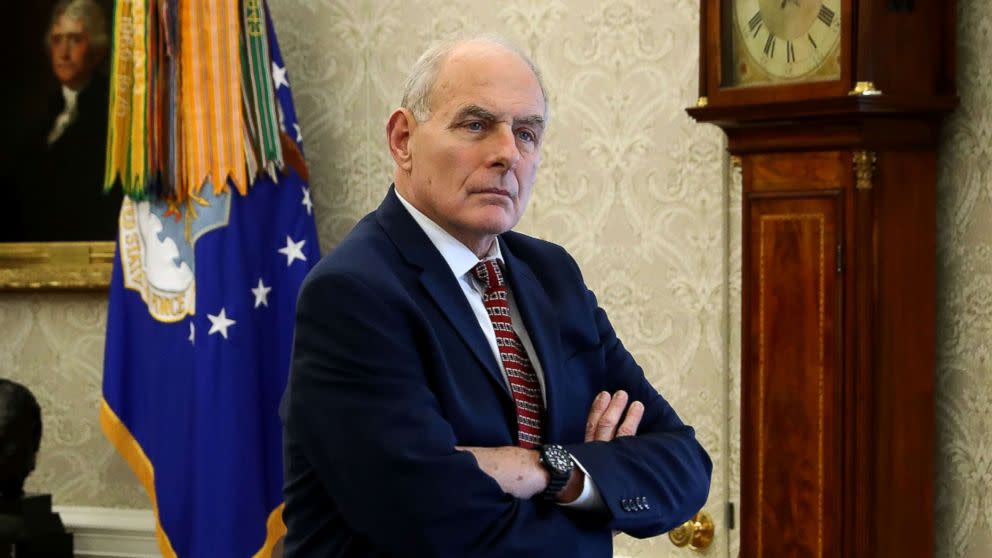 Almost a year after, President Donald Trump chose General John Kelly to his chief of staff, the president has once again considered his possible successors, sources familiar with the discussions, report ABC News.

These talks suggest that he might soon change something.

The Leading nominees to replace Kelly are Nick Ayers, current Chief of Staff of Vice President Mike Pence, and former Congressman Mick Mulvaney, current director of the Office of Management and Budget, according to sources with knowledge of search both men are known for to have a positive personal relationship with Trump.

White House spokeswoman Lindsay Walters told reporters with the president on Air Force One that the Wall Street Journal story is "inaccurate" and she spoke with Kelly and his upcoming departure was "news for him". Walters also said that she spoke to the president, who denied the story. "I talked to the president who refuted this article, he said it was completely wrong and it was false news," she said.

Kelly, a retired marine general, joined the Trump administration as secretary of the Department of Homeland Security. In July 2017, Kelly became the White After the departure of Reince Priebus, House Chief of Staff

In the West Wing, Kelly quickly gained a reputation for providing stability and discipline to a temporarily chaotic White House, but his time in the administration was not uncontroversial ,

The former general persistently advocated immigration and came under fire for calling undocumented immigrants who came to the US as "lazy" children unless they volunteered as official DACA registrants.

Kelly's leadership was in question It was reported that the White House secretary, Rob Porter, was charged with domestic violence by former wives, which prevented him from receiving a high-level security clearance. Kelly praised Porter first as a man of integrity, but soon after Porter resigned over the allegations.