Priests stabbed while leading fair in Montreal was televised News 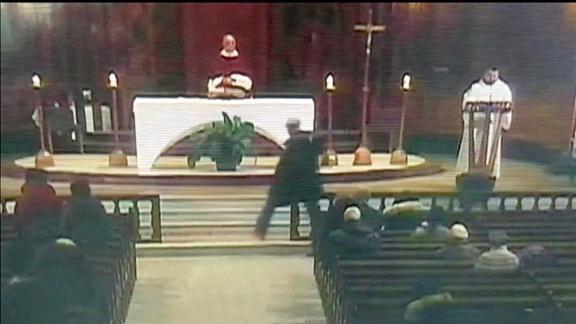 While the shocked parishioners and a television audience watched, a man stabbed the senior rector of St. Joseph's Oratory at Mount Royal, Canada's largest church, as he led the Mass on Friday Police in Montreal with not considered a terrorist attack. "Today's event is an individual action that is committed by an individual," police said on Twitter .

The church tweeted that Father Claude Grou was "out of danger". The 77-year-old priest was taken to a hospital and recovered from his wounds, said Constable Caroline Chevrefils.

The 26-year-old suspect was arrested by the security staff of the church and detained by the police, Chevrefils. She said the suspect is known to the police.

Grou celebrated mass for about 60 people in the church and an audience that saw the event live as the suspect walked toward the priest and stabbed him several times with a sharp object, Chevrefils said

how Grou left when the man approached, then fell and got up after the attack. The parishioners separated the attacker from the priest.

The police were called to church at 8:40.

The suspect, whose name was not released immediately, is expected to appear by video feed at the Quebec Court Criminal Room at 1:00 am Saturday. If an indictment is filed, it will be determined by prosecutors, said Chevrefils.

"Father Claude Grou, Canadians think of you and wish you a speedy recovery."