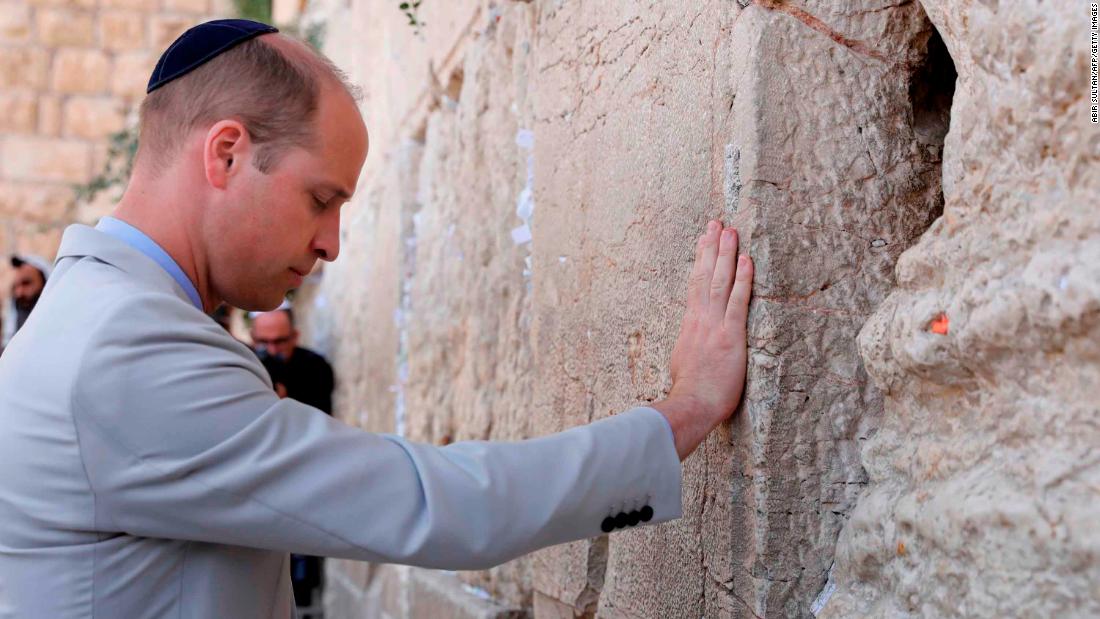 When Israel's ceremonial president, Reuven Rivlin, welcomed the Duke, he asked William to send a "message of peace" to Palestinian Authority President Mahmoud Abbas. And to tell him that it is time for us to come together, the way to build trust. "This met royal and Middle Eastern observers alike as an uncommonly political statement that should be made to be a deliberately apolitical figure.

The next day, when Prince William of Abbas was received in Ramallah, the deployment was further increased." Let me draw your attention to two important points, "Abbas said." First, we want to achieve peace with Israel, where the two countries live side by side with security and stability on the borders of June 4 [1

The Duke replied the same as he had the day before, saying: "He hoped for a 'lasting peace in the region." Interestingly, I understand that Prince William did not feel that any of the presidents had acted improperly, with their protocol breach It would have been more inappropriate to ignore politics in such a high-burdened region.

William was close to the Reiserou involved in the tour and for him it was about finding the right balance. He was there to listen, learn, and highlight issues that he considered important, without articulating or supporting a political point of view.

The most notable moment of the visit was a speech that the Duke held in the residence of the British Consul General in Jerusalem, at a reception for Palestinian and Jerusalem community representatives on Wednesday. "My message tonight is that you were not forgotten," he said. "It has been a very powerful experience to meet you and other Palestinians living in the West Bank and hear your stories, and I hope that through my presence and understanding of the challenges, friendships and mutual respect between the Palestinians and the British people will become stronger. "