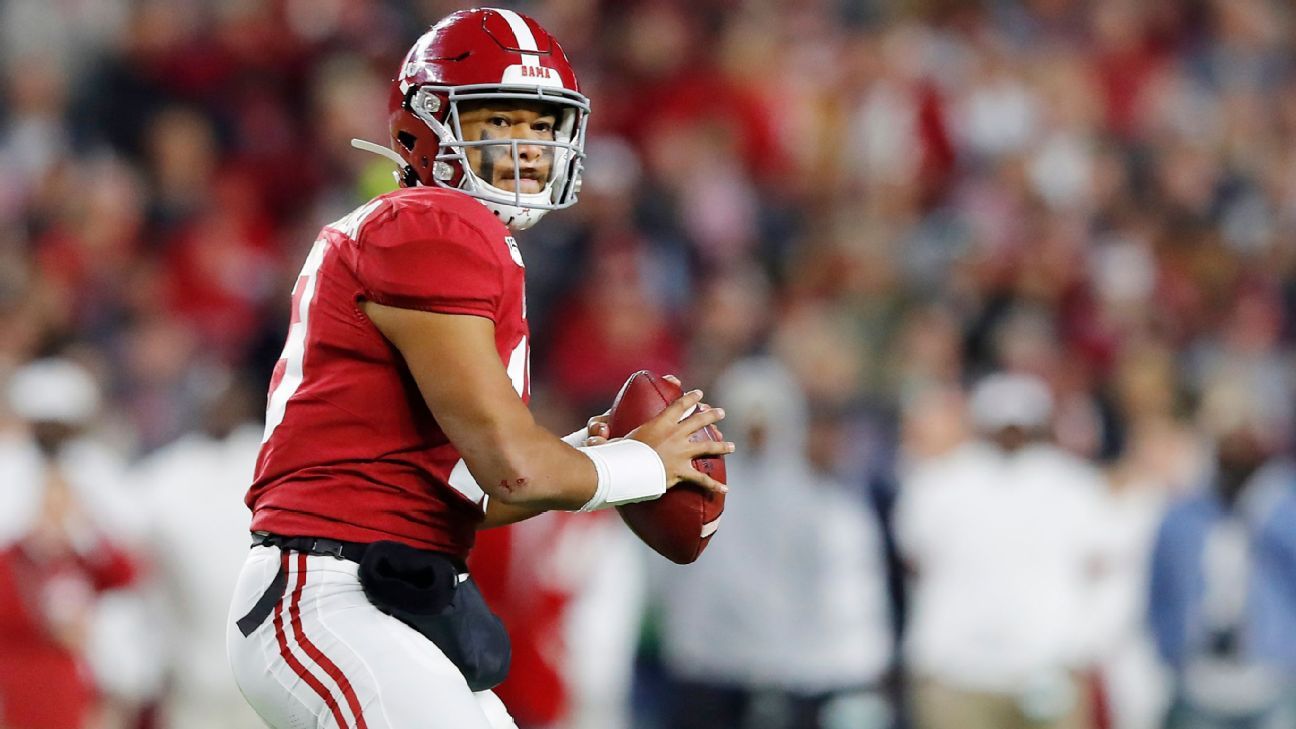 Tua Tagovailoa’s health continues to be a topic of conversation before this month’s NFL draft.

On Friday evening, the former Alabama star took it upon himself to try to dispel any thoughts that he might be vulnerable to injury.

“I don’t play badminton. I’m not on the swim team,” Tagovailoa said during an Instagram live show with Mike Locksley, his former offensive coordinator at Crimson Tide and the current head coach in Maryland. “”[Football] is a physical sport. You will get hurt. It just comes with it. And it was just very unfortunate that I was injured every season.

“It’s part of the game. It’s a contact sport. I can only control what I can control. I cannot control it.”

Tagovailoa suffered a dislocation of the right rear hip during a game against the state of Mississippi in November. The two orthopedic surgeons who were directly involved in his subsequent surgery told Stephania Bell of ESPN this week that he would be perfectly healthy at the opening of the NFL training camp to take part in soccer activities.

On Thursday, Tagovailoa participated in a private, one-hour training session with 55 scripted litters and an additional 20 litters in a dynamic drill setting, instead of Alabama’s pro-day due to the Coronavirus pandemic.

Tagovailoa told Locksley that he thought the training was “great under the circumstances” and welcomed the six or seven people who were able to attend the meeting due to rules against larger gatherings due to COVID-19.

He added that the virus had not affected his training prior to the design, and thanked the people in Nashville, Tennessee who opened their facilities where he was and who enabled him to train and throw.

Todd McShay of ESPN has Tagovailoa rank fifth overall in the Miami Dolphins in his latest design. Its counterpart Mel Kiper Jr. has him fifth in its latest big board.