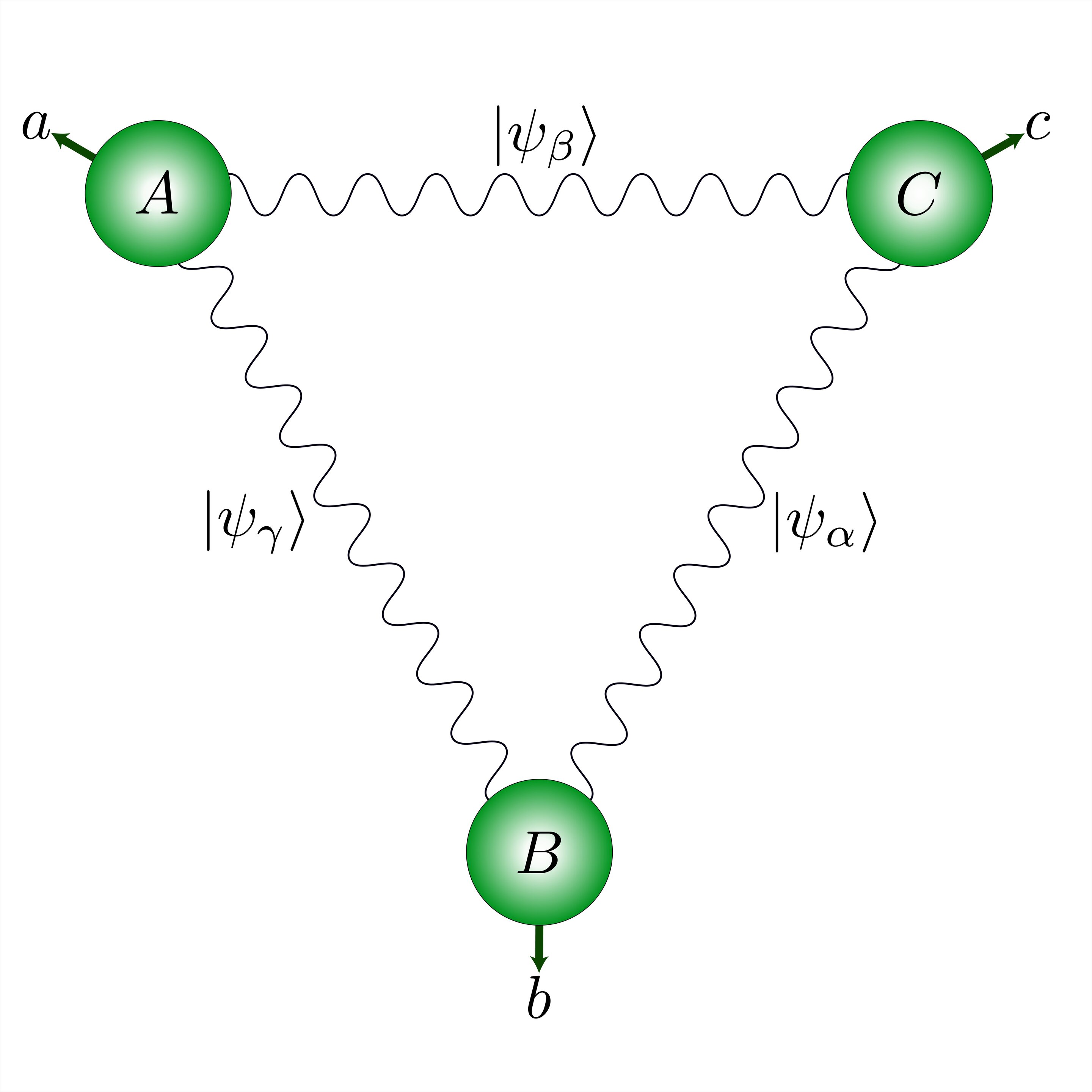 Entanglement is one of the properties specific to quantum particles. For example, if two photons become entangled, the quantum state of the first correlates perfectly with the quantum state of the second, even if they are distant from each other. But what happens when three pairs of entangled photons are placed in a network? Researchers at the University of Geneva (UNIGE) in Switzerland, in collaboration with the Tehran Institute for Basic Research (IPM), have demonstrated that this arrangement enables a new form of quantum correlation in theory. When the scientists forced two photons out of separate pairs to be entangled, the compound was also made with their twin photon elsewhere in the network, forming a highly correlated triangle. These results, published in the journal Physical Review Letters reveal the potential for new applications in cryptography.

1; photons, for example – form a single physical system despite the distance between them. Any action taken on either photon will affect its "twin" photon. This principle of entanglement leads to a non-locality of quanta: the measurements and statistics of the properties observed on one of the photons are very closely correlated with those of the other photon. "Quantum Nonlocality was discovered theoretically by John Stewart Bell in 1964," says Nicolas Brunner, adjunct professor at the Faculty of Applied Physics at UNIGE. "This showed that photon correlations are only quantal in nature and therefore can not be explained by conventional physics, and this principle could be used to generate ultra-secure encryption keys."

But what are the implications of this quantum principle of non-locality when multiple photon pairs are placed in a network? "To answer this question, we developed an experiment in which three pairs of photons were separated and distributed in three points to form a triangle," says Marc-Olivier Renou, who is also researching at the Institute of Applied Physics. "At each vertex, two photons from another pair are processed together."

The physicists then forced the two photons at each vertex of the triangle to become entangled by interacting with each other before being measured. They finally showed that the statistics resulting from these measurements can not be explained by any local physical theory. Moreover, these statistics are so strongly correlated that they could represent a new form of quantum correlations. "It could become a new version of Bell's theorem specific to quantum networks," says Nicolas.

This important theoretical discovery underscores the power of quantum correlations in networks, far beyond what researchers originally thought possible. The next step will be to observe these phenomena in the laboratory. "It will not be easy, because for the time being it is extremely difficult to carry out such an experiment," concludes Nicolas Gisin, Professor at the Institute for Applied Physics at UNIGE.