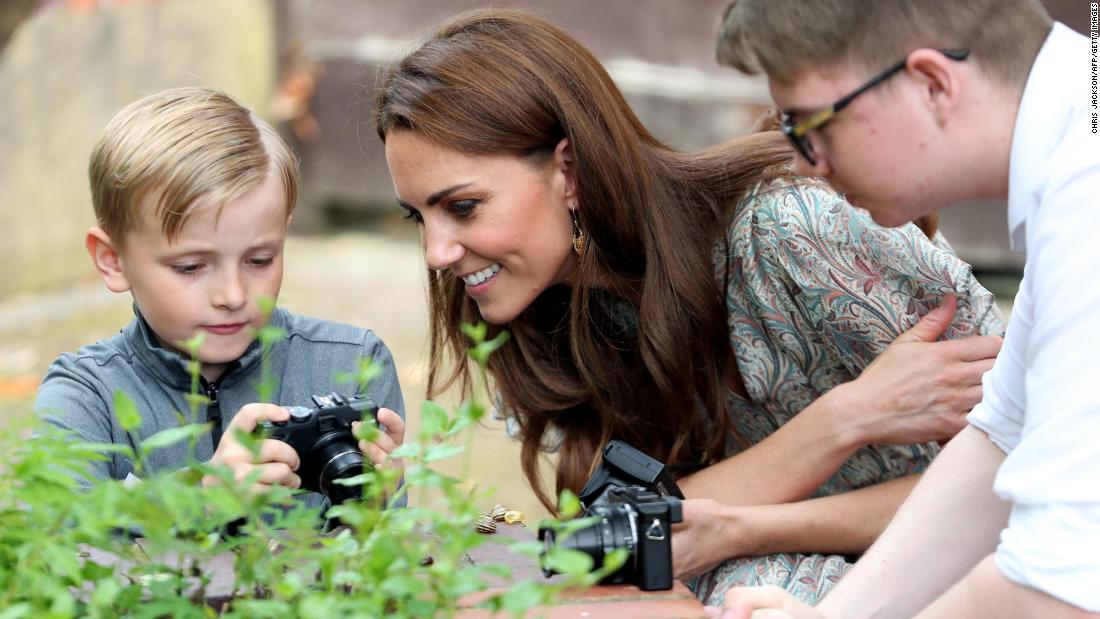 British Queen Elizabeth gave Catherine, the Duchess of Cambridge, her long-standing patronage of the Royal Photographic Society.
The Duchess celebrated her new role with a photography workshop, according to an Instagram post from the verified account of Duke and Duchess of Cambridge, co-operated by the Royal Photographic Society and the Charity Action for Children, of which she is patron.

The Queen hands over responsibility after 67 years, after she became patron of the Society in 1952.

Catherine, known before her marriage to Prince William as Kate Middleton, has a "long-standing interest in photography"

Another post shows the Duchess enjoying the workshop with local children.

"Learning to photograph is a fun and engaging way to help young people develop self-confidence and self-expression and develop new skills." The article is:

The Royal Photographic Society was founded in 1853 and is one of the oldest of its kind in the world.

According to the post office, it promotes the art and science of photography.

Two of the patrons – for the National Theater and the Association of Commonwealth Universities – were passed on by the Queen, who held them for 45 and 33 years.

The other two are for Smart Works, which helps long-term unemployed and vulnerable women interview and find work, and Mayhew, a nonprofit organization dedicated to the welfare of animals in London and internationally.