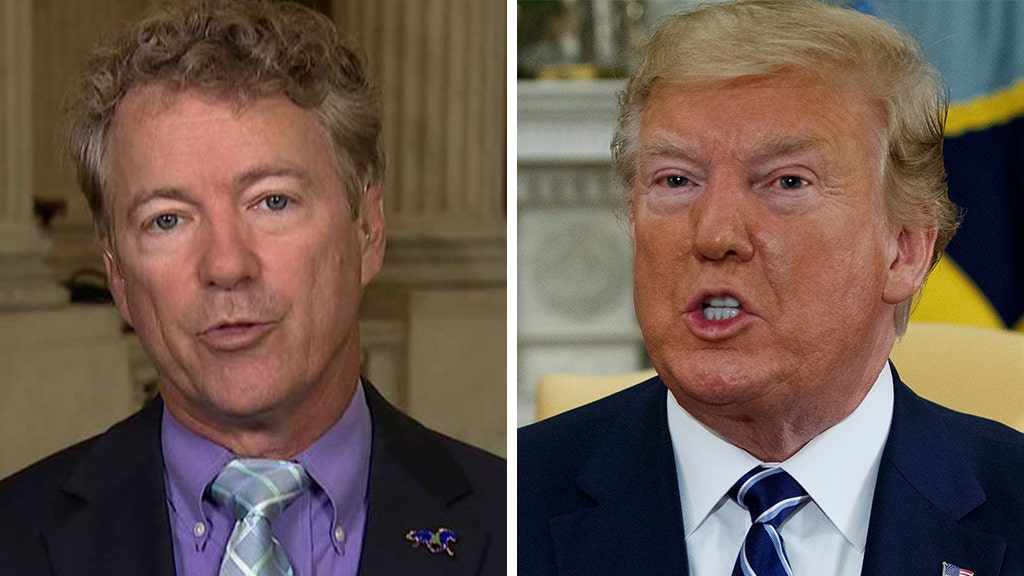 President Trump made the right decision when he broke off a retaliatory strike against Iran, said Sen. Rand Paul, R-Ky.

The president proves to be a responsible leader, trying to prevent America from becoming "I'm really proud of President Trump for showing restraint," Paul said. "It really takes a statesman to show restraint in a chorus of voices for the war."

However, Paul expressed caution regarding sanctions Trump has imposed on Iran – directed against Supreme Leader Ayatollah Ali Khamenei. "From the Iranian point of view, they see the sanctions as a war act."

He added that the Iranian nuclear deal concluded with the help of the Obama administration was a major incentive for Iran to return to the negotiating table.

Paul said that the supply of hundreds of billions of dollars to Tehran was a "carrot" that the Trump government left behind only "sticks" after the US resigned.

"I do not agree that we gave up on money early on," he said.

50 billion in advance, I think that was a mistake."

"The problem is, that's already done. It was a carrot, but we gave up the carrot too fast. Now that it's gone, we have no other carrots left, we only have one rod left. We add the staff – that's more sanctions … I would have built on the nuclear deal to try to reach an agreement on ballistic missiles. "