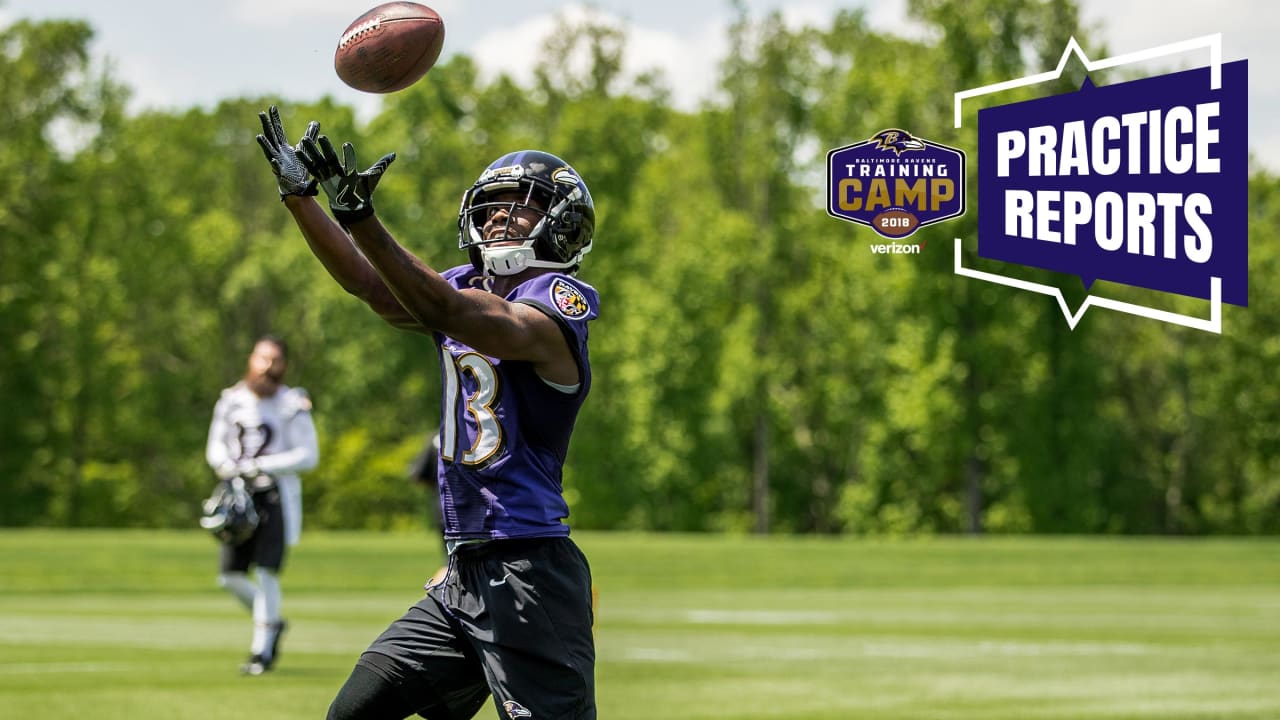 Last season, the Ravens were the last in the league in yards per pass attempt (5.7).

That will not be the case next season.

It's still early, but there was enough of a sample size in the course of the organized team activities, minicamp and now training camps to say that the Ravens will have a much better deep-passing game this season.

It was again featured on Saturday as a full-agent addition to John Brown in a pair by Joe Flacco, who was once behind Brandon Carr and then Marlon Humphrey. Brown also had a great practice on Thursday.

Flacco hit Breshad Perriman after a long shot after Perriman split from Humphrey at the last second. Robert Griffin III was in a fast lane with Willie Snead IV and started

Rookie Lamar Jackson threw one of his best passes from the training camp as he rolled to the right and then turned deep into the left sideline to hit the undrafted rookie Tight end Nick Keizer on a long touchdown.

"I think the offensive only comes together in many ways," said head coach John Harbaugh. "We did a lot of good things today, the deep balls of Joe's John Brown over the last two days have been really good and important to us."

"We see this in the attack down the line. Our defense is forced to break passports. The ball does not often hit the ground alone. That's what we expect, I love it.

Here are some other notes from Saturday training: