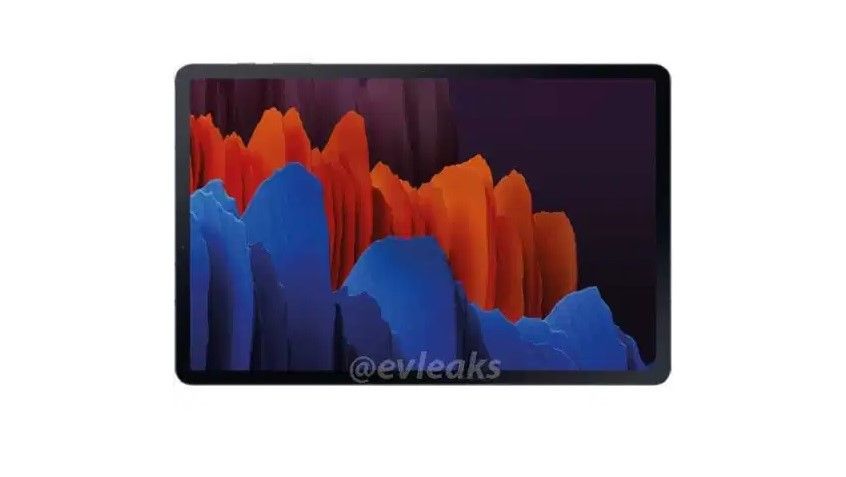 For the first time, real images of the Samsung Galaxy Tab S7 have been leaked, so that we can see the latest response from Samsung to the iPad Pro 2020 even better.

The images of the Samsung tablet appeared on the website of the South Korean certification authorities, as discovered by SamMobile, and give us a first real insight into the Galaxy Tab S7. And the tablet is very similar to the render leaks that Evan Blass uncovered last week.

The Galaxy Tab S7 is expected to be available in two display sizes: 11 inches and 12.4 inches. The pictures on the certification page prove that this will be the case. And although it’s hard to say, they also stated how the S7 will have narrow bezels, similar to the iPad Pro that it has to take in the tablet arena.

Unfortunately, the photos don’t reveal much more, such as the color options that the Tab S7 could come in. No technical data are mentioned either.

Due to the leaks to date, however, we have a pretty solid idea that both models of the Galaxy Tab S7 have the Snapdragon 865 Plus chip from Qualcomm, 6 GB or 8 GB RAM and a memory with 128 GB or 256 GB. A microSD card reader is also expected, while the rear camera array contains 13MP and 5MP cameras and the selfie camera uses an 8MP lens.

Overall, the Galaxy Tab S7 develops into a convincing tablet. And we expect it to be released on August 5th when Samsung will remove covers from the Samsung Galaxy Note 20, Galaxy Watch 3, and other Galaxy devices.

The best deals for Samsung Galaxy Buds Plus today

Samsung’s cheapest 5G phone, the Galaxy A51, is now available from Verizon

Infinity Ward is working on a solution to a gun bug in Call of Duty: Warzone