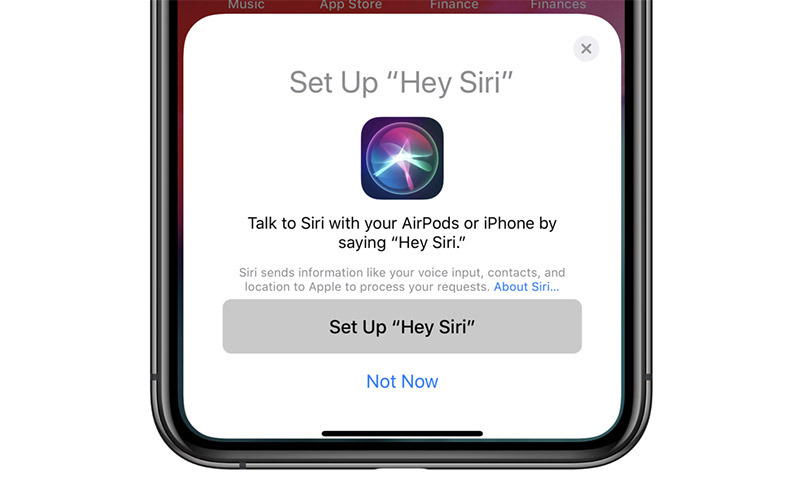 Discovered by 9to5Macs Guilherme Rambo, the setup screen is almost identical to Apple's existing configuration prompt "Hey Siri," but to the first time includes the mention of AirPods. Currently, the "Hey Siri Setup" window is limited to the iPhone.

The screen included in the latest iOS beta release from Apple for developers is currently a revelation hidden from the public's point of view.

According to Rambo, "Hey Siri" for AirPods is almost identical to the same feature for the iPhone. The difference is that the AirPods hardware is designed to handle speech recognition. The earphones wirelessly send commands to a paired iPhone so that users can call Siri without having to leave and talk to their handset.

As the current AirPods components do not support "Hey Siri" functionality, the discovery of the setup screen strongly suggests that Apple's next-generation AirPods model will be introduced in the near future.

The rumble of an AirPods update first leaked in early 2018 when Bloomberg claimed that Apple was working on a rework of its hugely popular wireless headphones. The "Hey Siri" functionality was called a significant enhancement of functionality. The report was expected to be launched in 2018, but these estimates proved incorrect.

Analyst Ming-Chi Kuo predicted Apple would submit an updated AirPods wireless product and an update of the Bluetooth specification in the first quarter of 2019 in December. The new device could also include a redesigned W-Series chip, an enclosure intended to power Apple's "Hey Siri" feature.

Earlier this week, a report repeated Kuo's allegations, but added unspecified health tracking features to the list of improvements.