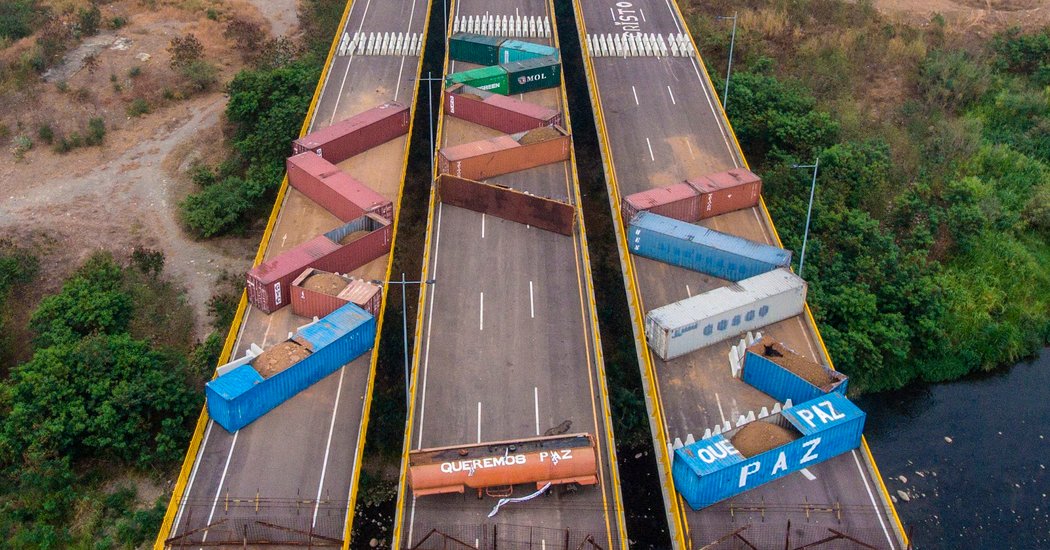 CARACAS, Venezuela – The International Federation of the Red Cross announced Friday that it had received permission from the Venezuelan government and opposition to launch a relief campaign in the country.

The announcement was made for the first tacit recognition of the government of President Nicolás Maduro, which Venezuelans suffer from lack of food and other fundamentals as the economy collapses.

The Red Cross said that an exemption granted by Mr. Maduro would allow the delivery of medical supplies as early as next week

As Venezuela's economic problems have accelerated in recent months, both Mr Maduro and opposition leader Juan Guaidó is trying to control relief supplies for political advantage.

Access to and distribution of basic services has become one of the most important battlefields in the political struggle that devoured the country since Mr. Guaidó, with the support of the United States, proclaimed president at the end of January, about 50 other countries.

Mr. Maduro used food distribution and access to medical care as a tool to secure his support among the needy. He has also repeatedly pointed out that Venezuela did not need any help and in recent months has blocked attempts by the opposition and the United States to provide humanitarian aid. The Vice President of Maduro, Delcy Rodriguez, even called the aid "cancer".

The Red Cross said its relief in Venezuela will not be linked to any political party.

In order to maintain its impartiality, the Red Cross said deliveries would be delivered directly to the eight hospitals owned by the organization in Venezuela, bypassing the government's distribution networks.