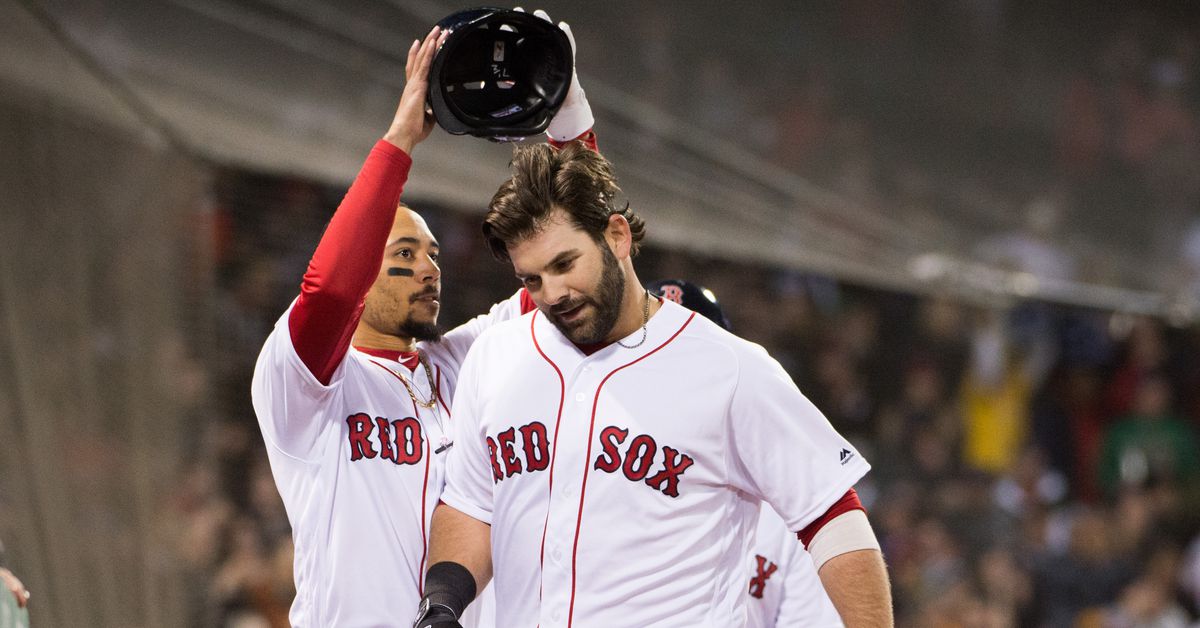 Well, it does. The Red Sox fell into some early patterns at the start of the game, with the offense not changing the early opportunity to build an early lead, and Nathan Eovaldi continued the brutal start to the year for that rotation. However, some other early trends continued, with the lineup coming through for some late rallies and the bullpen with a great performance. They allowed a run as a unit and the top of the Ninth was very scary, but in the end the Auxiliary Corps held fast. That was all that Mitch Moreland and his company needed because the first baseman had two heavy hitches and Rafael Devers hit the helicopter to get rid of him. One victory after another.

Earlier on Thursday, I wrote something about the Red Sox offense, which was certainly not the most frustrating part of this frightfully frustrating season opener, but they still cause stress on their own right. The main crosspoint of the post was the aggressive approach or lack thereof, but I mentioned that there were already many cases in early 2019 where the Red Sox offense had the chance to put an early, crooked number on the scoreboard opted instead for one or two runs, if any. From the pitching perspective, there is no guarantee that the odds of these chances would have affected the results of these games, but it is difficult to say that at least they could not have changed the momentum.

After a two-day break in Thursday's game in three days, they hoped that they would reset themselves and play a role again. Instead, they started the day with the same scenario I described above. Everything looked great when Andrew Benintendi set in, Mookie Betts was hit by a place and J.D. Martinez went for a walk. The bases were full of a load and Xander Bogaerts and Rafael Devers came to the court. They did not make any capital. Bogaerts had an ugly strike before Devers dropped out of the race and Boston left the load without running. Things worked like a big, early lead to a goalless game.