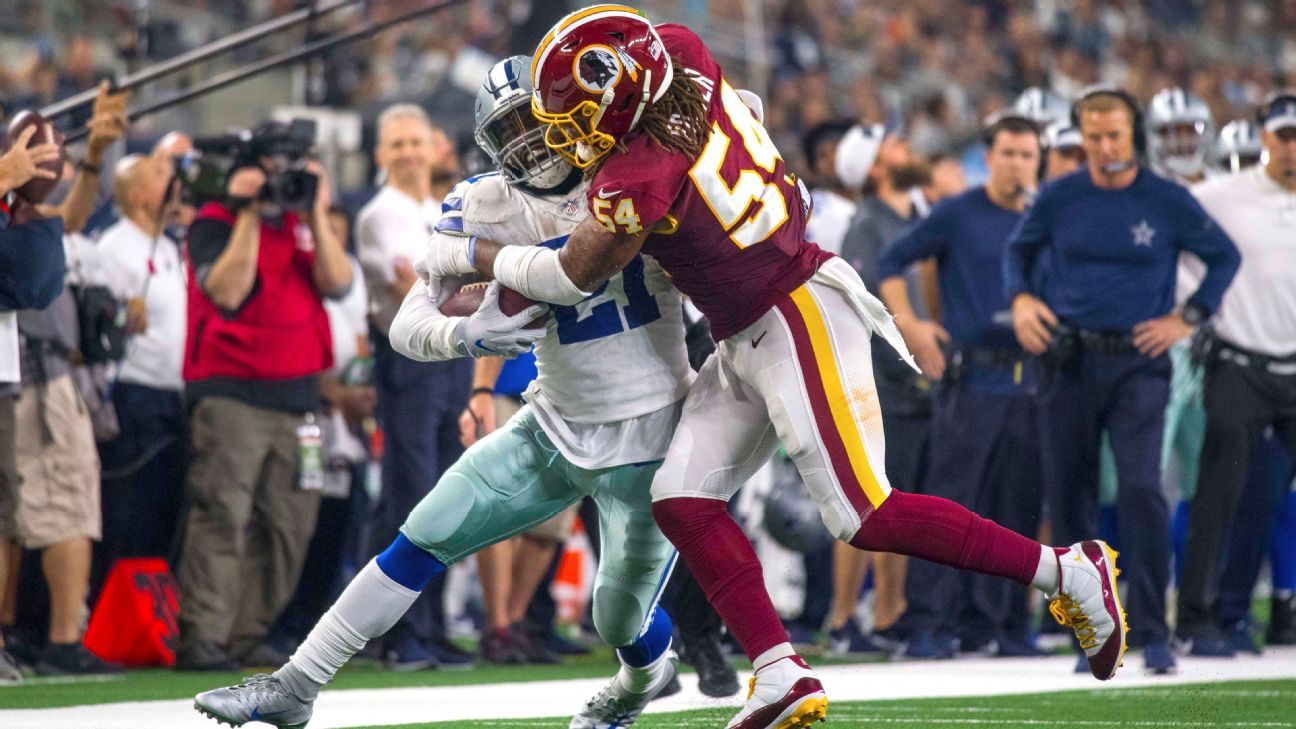 The Washington Redskins cut veteran linebacker Mason Foster on Tuesday, one day before players are scheduled to report for training camp.

Agent Blake Baratz criticized the Redskins for the timing of the move.

even get a straight answer as to why. 5 weeks & he was the MLB the entire off season.

and certain organizations in particular, we can better.

The move saves Washington $ 4 million against the salary cap. Foster, who led the team in tackles last season, had been on the bubble throughout the offseason. The Redskins debated him before he asked for a job.

The Redskins also have Shaun Dion Hamilton, who can play both inside linebacker spots, and drafted Cole Holcomb in the fifth round. Foster was viewed as a two-down linebacker who struggled in coverage.

The Redskins could use the cap savings to possibly redo tackle Trent Williams' contract. After releasing Foster, they'll have approximately $ 12 million in cap space. Williams is likely to miss the start of training camp, as he remains upset with some of his medical care; it's uncertain if a new deal would appease him. He has two years remaining on his current contract.

The Redskins So Brandon Scherff, who is entering the final year of his contract. The sides started talking in January.

Foster started all 16 games for Washington last season, leading the team in tackles with 133. He started 38 games overall in his four seasons with the Redskins. He spent the first four years of his career as a starting linebacker with Tampa Bay. The Redskins picked him up after Chicago in the summer of 2015.