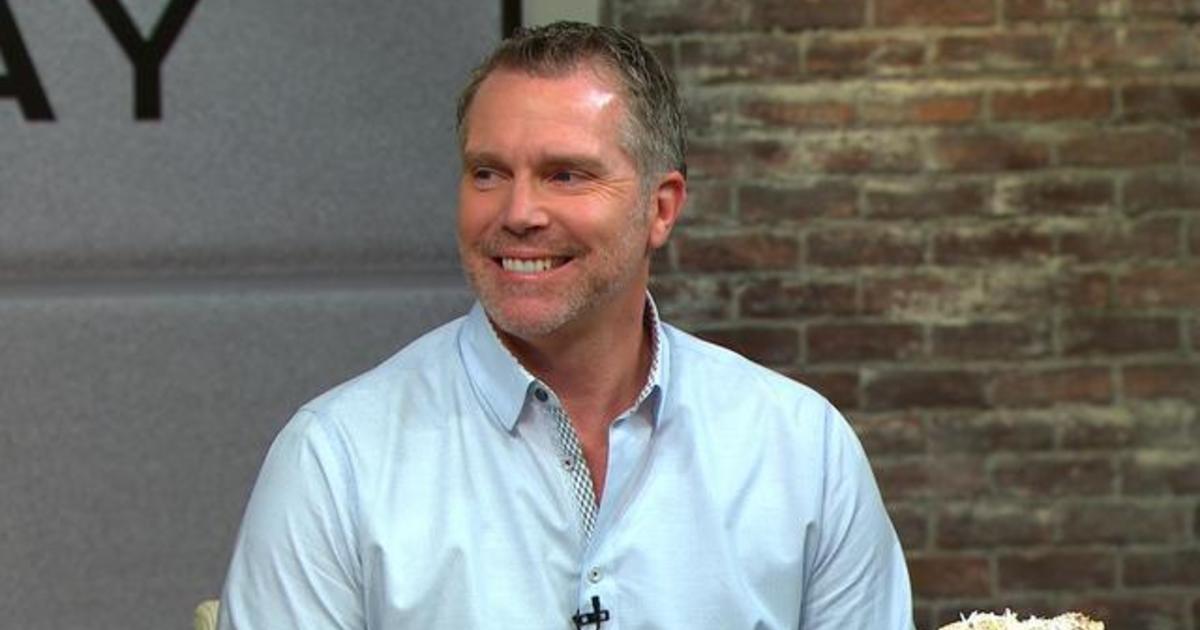 Born and raised in New Hampshire, Carl Sobocinski first went south to attend college at Clemson University to study architecture. He soon realized that his true passion was hospitality. In the mid-1990s he took a leap of faith and opened his first restaurant, The 858, in Greenville, South Carolina.

At this one location, its Table 301 Restaurant Group was established, which now includes 10 signature restaurants for a variety of cuisines, from Soby's New South to Passarelle French Bistro to Jianna Modern Italian. They even opened a juice bar and a snack cart.

Here are some of Sobocinski's recipes:

. • Dice the ham. Heat the olive oil in a large pan. Add ham and paprika flakes. Sauté until the ham is slightly crispy and gives the oil its flavor. Add the shrimp and fry them until the shrimp are half cooked (about 2 minutes). Remove shrimp and reserve. Put the wine in the pan and reduce by half. Add the kiwis and heavy cream and simmer until the liquid is halved again. Add the shrimp and cook until the shrimp are completely cooked. 2 minutes left. Mix flour and water to make a slurry. While the sauce is cooking, dribble into the slurry until the sauce is thick enough to cover the back of a spoon. Season with salt and pepper.
• Serve with crispy flatbread or jalapeño cornbread and garnish with fresh kiwi cubes.

For the Pimiento cheese fondue:

• Cut the top and bottom Bottom off tomato. Cut the tomatoes into ¼ inch thick slices. Whisk the eggs and milk together to wash an egg. Dust the tomato slices with flour and beat off the excess. Gradually place the discs in the egg. Then brush the slices with Golden Dipt. Pour vegetable oil in a pan to about 2.5 cm deep. Heat the oil over medium heat until it sizzles when a small amount of flour is added dropwise. Fry the tomato slices in small amounts until golden brown and crispy. Flip and roast on the other side in the same way. Place the cooked tomatoes on a plate lined with paper towels. Season the tomatoes with salt and place in a warm oven until all the tomatoes are cooked.
• Bring the heavy cream to a boil in a heavy saucepan over medium heat. Mix pimientos, cheddar cheese
and seasoning mixture. Let the mixture simmer. Meanwhile mix corn starch and water into a slurry in a separate container. When the cheese mixture is simmering, stir the slurry until smooth. Season with salt and pepper.
• Stack three tomatoes and scoop the steaming Pimiento cheese fondue over the top of the pile. Serve hot. As a variation, add a small drop of Spicy Pimiento Cheese (see page 63) between the layers to make even more cheese!

• Preheat the oven to 400 ° F and grease a baking pan. Put the flour, baking powder, salt, nutmeg and garlic in a food processor. Add the shortening and process it with the pulse button into the dry ingredients until they become friable. Transfer the mixture to a bowl and mix the buttermilk with your hands. Do not revise the dough. Drop the dough from an ice cream scoop onto the greased baking pan. Bake for 10 minutes or bake until golden brown. Mix and reserve paprika, kosher salt and garlic. When the cookies come out of the oven, brush them with the melted butter and lightly sprinkle them with the spice mixture.

through the crab and remove shells. Mix all ingredients in a large bowl until thoroughly mixed. Be careful not to break up the crab more than necessary. Heat some olive oil in a large pan. For each crab cake, add about 1/3 cup of the mixture to the hot pan. Do not overfill the pan. Flatten to about ¾ inch thickness with a spatula. Cook the cakes until brown on one side. Turn over carefully and cook on the other side until the cakes are heated. Prepare two to three crab cakes per person.
• Boil the shallots, capers and anchovy fillets in olive oil over medium heat for 1 to 2 minutes. Do not let the shallots turn brown. Add lemon juice and white wine. Simmer until almost all of the liquid is gone. Cool the shallot mixture. Put the mixture in a bowl and whisk with parsley, mustard, Worcestershire sauce and mayonnaise. Keep the remoulade in the refrigerator
covered until served.

For the cake filling:

• Place the flour and sugar in the bowl of an electric mixer equipped with the bucket attachment. At low speed, add half of the cold butter and mix for 30 seconds, then add the remaining butter. Continue to mix until all the butter is cut into the flour and the mixture resembles sand. Lightly beat the egg and vanilla in a small bowl and add to the flour and butter. Continue mixing until a dough ball is formed. If the dough does not form a ball after 1 minute, add a few drops of water. Take the dough out of the blender. Wrap in plastic wrap and cool. Preheat oven to 350ºF. Keep an 11-inch mold with a removable bottom. Roll out the dough on a floured surface in a 1/8 inch thick circle big enough to fit the shape. Press the dough into the mold. Cool for 10 minutes. Bake the crust for 16 to 18 minutes or until golden brown and crispy.
• Pour the milk into a heavy 2-liter saucepan. Halve the vanilla pod lengthwise and scrape out the seeds with a small knife. Add the seeds and peel halves of the milk. Heat the milk until boiling. While the milk is being heated, stir the cornstarch, the sugar, the salt and the eggs until smooth. Temper the egg mixture with a quarter of the hot milk and then put it back into the pan. Whisk to combine. Cook over medium heat, stirring constantly. When the custard gets thick, remove it from the heat and beat in the white chocolate. Pour the pastry cream into a container and place a sheet of plastic wrap directly on top of the cream to prevent it from forming. Cool until completely cool.
• Beat the heavy cream until soft peaks form. Add the sugar and crème de banane and whip the whip to very stiff peaks. Put the cold dough cream in another bowl and soften with a rubber spatula. Cut the bananas into the pastry cream and stir the mixture. Fold in the whipped cream. Fill the filling in the middle of the cake cup and smooth it to the edge. Carefully cut the cake into 8 or 10 slices before garnishing. Shave enough white chocolate curls with a vegetable peeler to cover the pastry cream. Sprinkle the top with cocoa powder. Serve immediately or refrigerate.