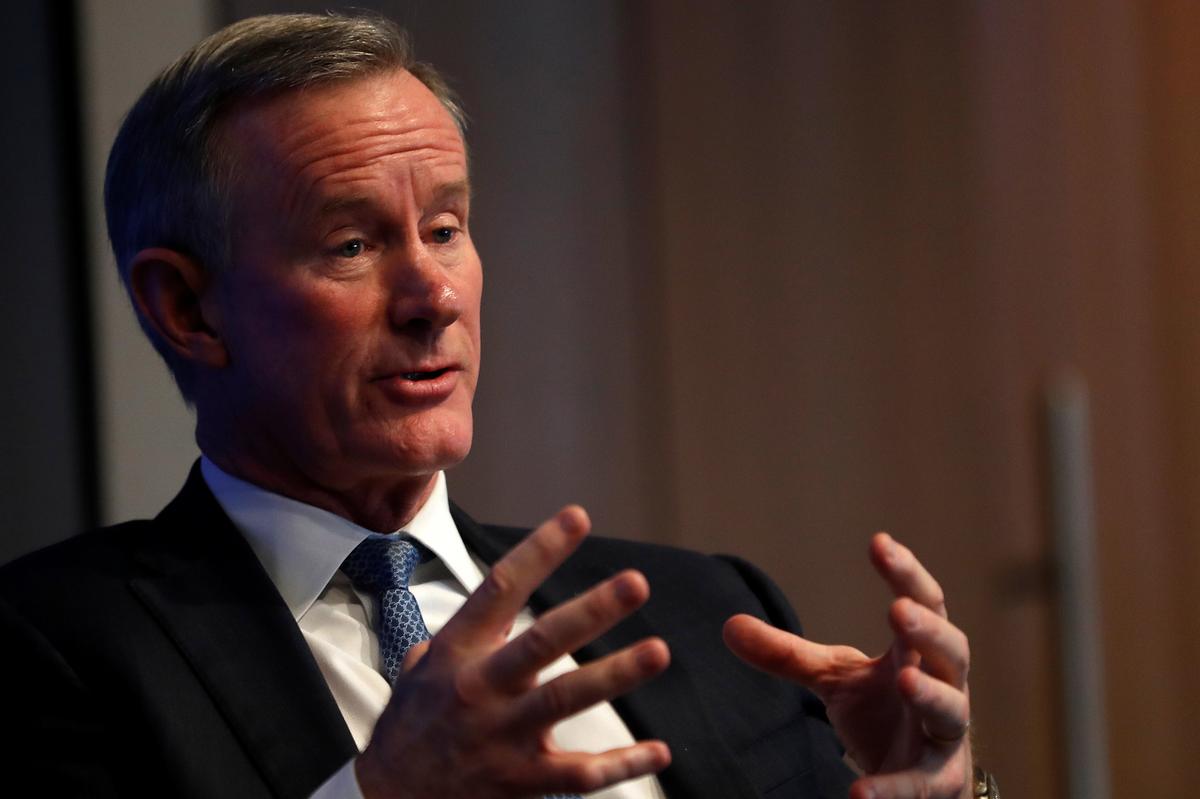 NEW YORK (Reuters) – The retired Navy Admiral and former US Special Operations Head William McRaven has not looked back to criticize President Donald Trump, though he said Wednesday that military friends accused him of belittling the commander-in-chief ,

McRaven, who oversaw the 2011 raid killing former Al Qaeda leader Osama bin Laden, has beaten Trump more than once and brought the president to trial in 2017 for calling the press "the enemy of the people "had designated. [19659002] After Trump withdrew former CIA Director John Brennan, a critic of the President, from the security clearance last year, McRaven reiterated and wrote in a Washington Post statement that he would "consider it an honor" if the president would do it pull his share as well.

"When I find something I just can not live with in my heart, I have to look in the mirror every morning and get up and do what I think is right and accept criticism," McRaven said Wednesday in a Reuters Newsmakers forum in New York.

McRaven also wrote that Trump "embarrassed us in the eyes of our children, humiliated us on the world stage, and, worst of all, shared us as a nation."

These harsh words were criticized by some McRaven friends from his 37 years in the military, who felt the retired Admiral had crossed its borders.

"That's fair criticism. You must be ready to listen to your critics, as historically retired military officers, especially high-ranking officers, have no objections to the Commander-in-Chief, "said McRaven.

In response to the Washington Post's dig, Trump dismissed McRaven in an interview with Fox News as a "Hillary Clinton fan" and "Obama supporter," who should have caught bin Laden sooner.

On stage interviewed by Reuters Editor-in-Chief Sir Harold Evans, McRaven said he "in general" agrees that officials should not blow up the president, but he felt obligated.

A year earlier, McRaven said that Trump's hostility to the news media could be "the greatest threat to democracy in my life." This happened to a man who not only oversaw Bin Laden's murder, but also the capture of former Iraqi President Saddam Hussein in 2003.

McRaven was also in favor of rescuing merchant captain Richard Phillips, captured by Somali pirates, at sea in 2009 responsible.

McRaven tells these stories in his new book "Sea Stories: My Life in Special Operations."