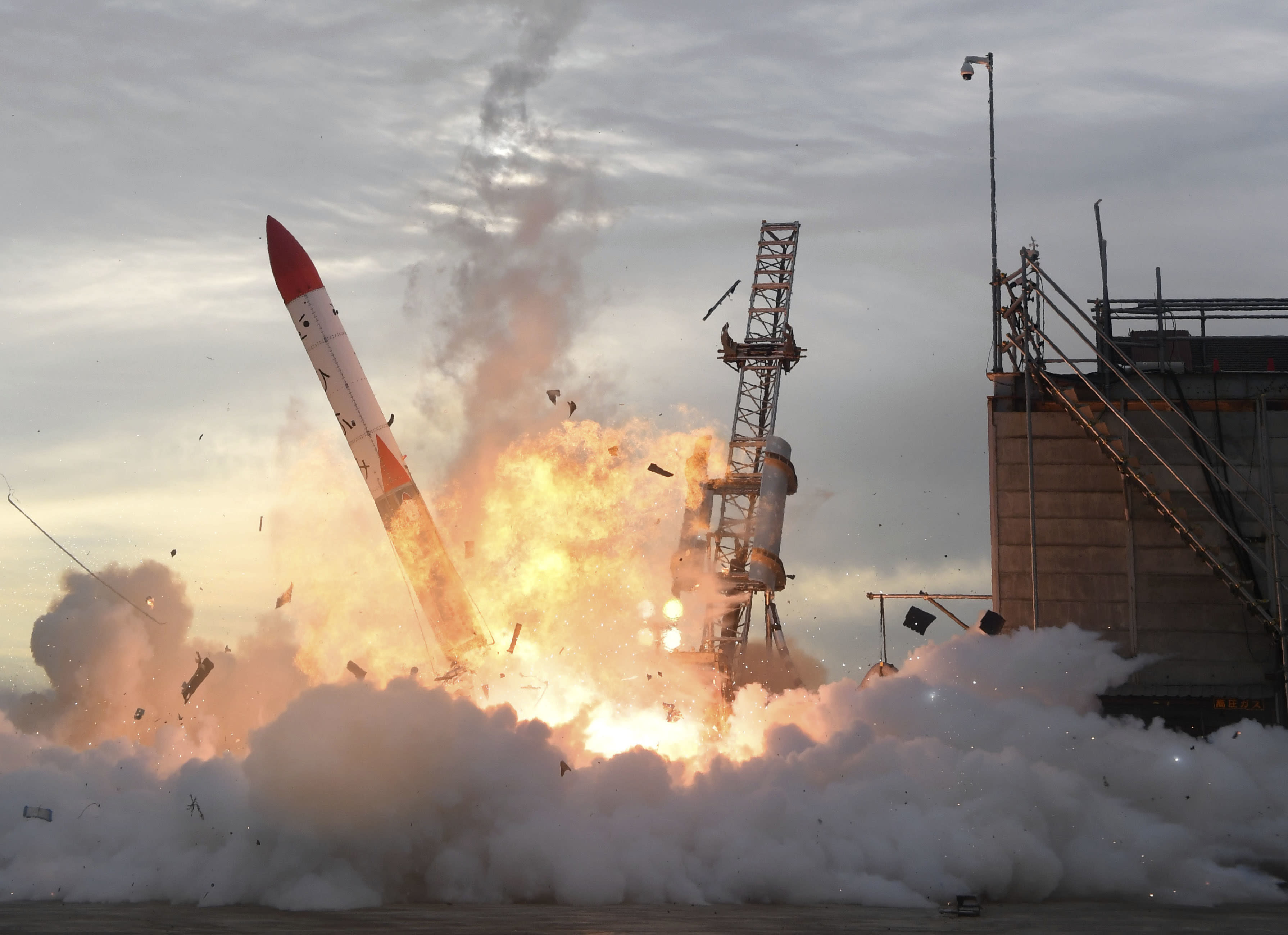 The MOMO-2 rocket developed by Interstellar Technologies was launched in Taiki on Hokkaido, Japan's northernmost main island. It should reach up to 100 kilometers into space.

Saturday's TV footage showed that the 10-meter pencil rocket was only slightly lifted off its launch pad before falling to the ground and disappearing into a fireball.

MOMO 2 burst into flames seconds after taking off. Source: AP

The incident did not cause any injuries.

Takahiro Inagawa, president of Interstellar Technologies, said he believes the missile in their main engine has failed.

He apologized for the failure and said his team would collect debris to analyze the problem and improve the missile.

The failure of Saturday was the second after the first launch of the rocket last July] The project was launched in 2005 by outsider entrepreneur Takafumi Horie, the founder of Internet service provider Livedoor. Together with science journalists and other space fans, a small, lightweight and inexpensive rocket has been developed to send information satellites into space.