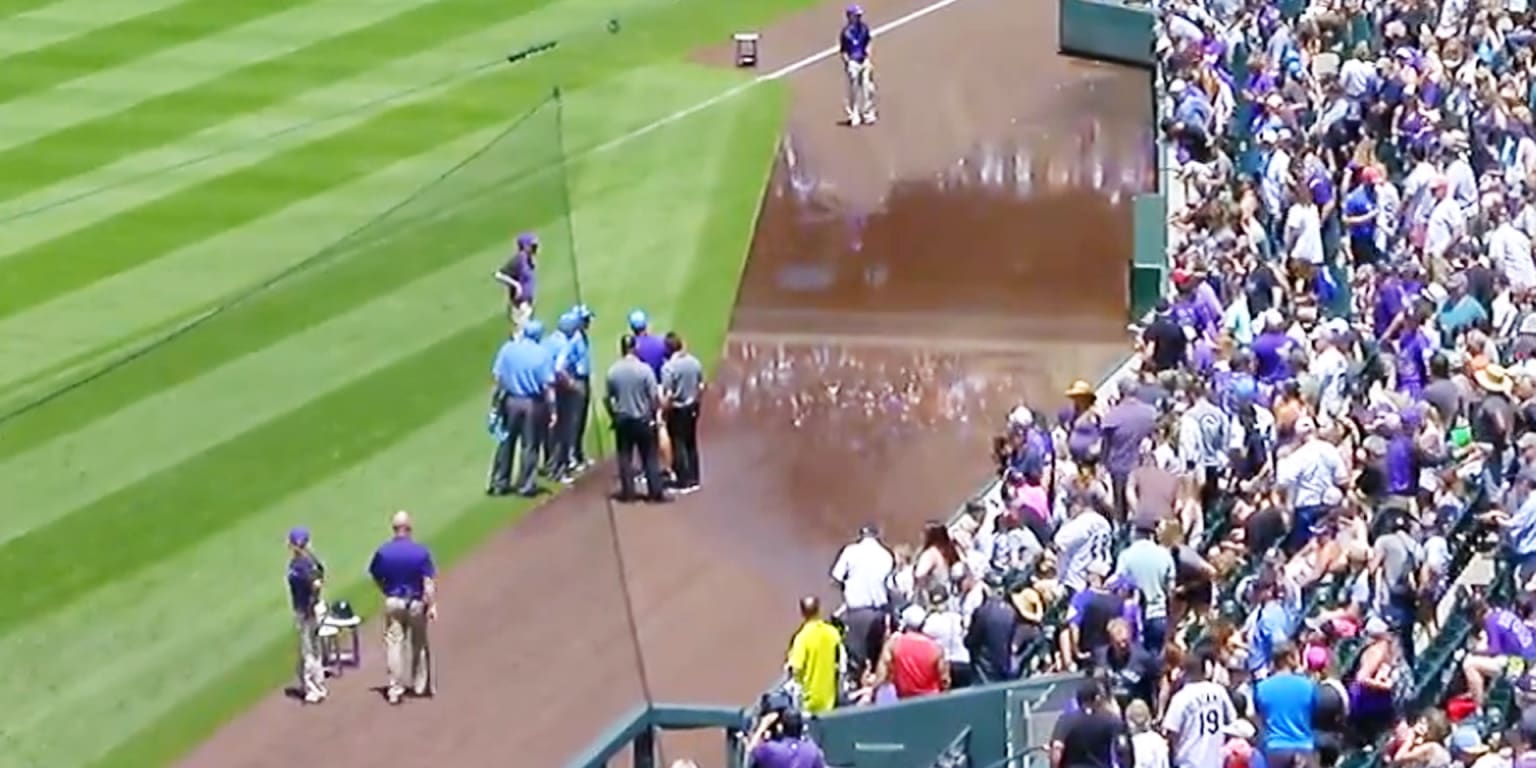 DENVER – Sunday's Padres-Rockies game was delayed with two outs at the top of the first inning, as a small tide erupted on lazy ground along the right-hand field line.
Those familiar with the park said that the problem was caused by a broken waterline that runs along the wall floor along the right field line.

Those familiar with the park said the problem was caused by a broken waterline running along the wall separating the bleachers from the field.

Padres took the lead thanks to Eric Hosmer's sacrificial fly and Hunter Renfroe's two-piece Homer Off-Rockies rookie star Peter Lambert. A few minutes after the end of the game, the players left the field and the ground team started to work on the problem.