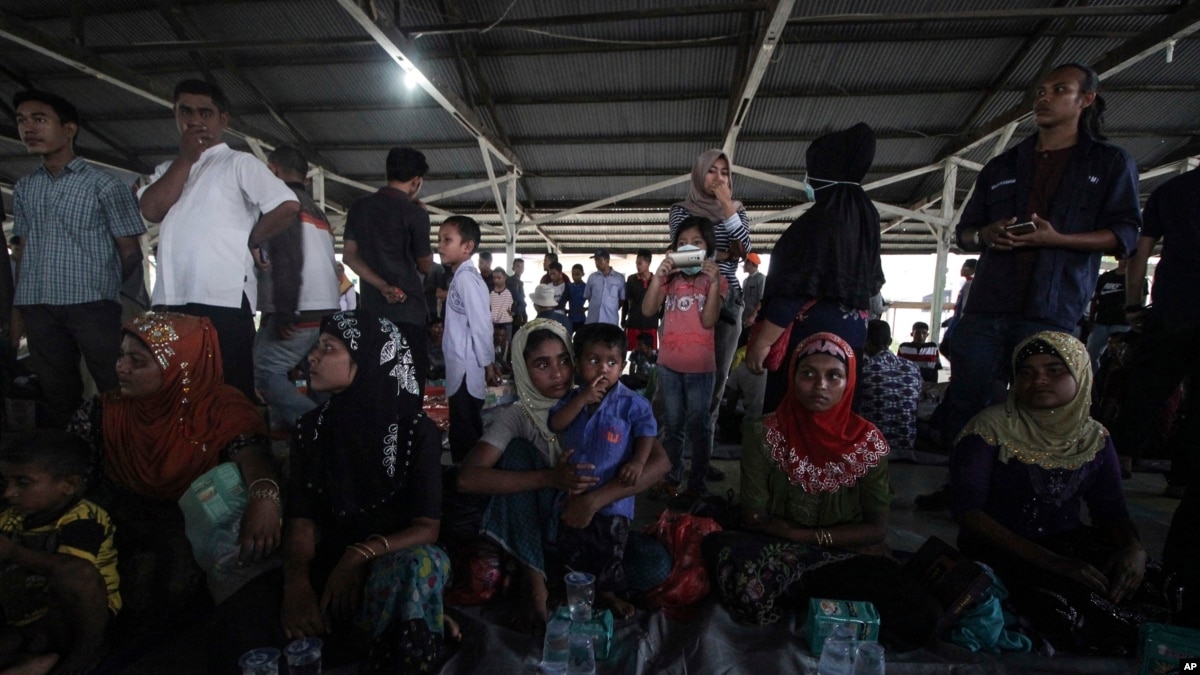 A group of 76 Muslim Rohingya men rescued in Indonesian waters in a wooden boat says they were at sea for nine days after they left Myanmar to arrive in Malaysia ,

The eight children, 25 women and 43 men, were landed on Friday afternoon in Bireuen, Aceh province, Sumatra Island. This is the third known attempt by ethnic minority people to leave Myanmar by sea this month. Multiple medical care for dehydration and fatigue, local authorities said.

Fariq Muhammad said he paid about $ 150 for a place on the boat from Myanmar 's Rakhine Englisch: www.germnews.de/archive/gn/1998/02/12.html In a country where a violent military Offensive against the minority group unleashed an exodus of around 700,000 refugees over land to neighboring Bangladesh since August

The refugee ship was intercepted by a Thai naval frigate and later escorted by a Thai patrol boat until land was spotted, Fariq said. The group believed that the Thais understood that they wanted to reach Malaysia and were dismayed to realize that they were in Indonesia, said Fariq, who gave the identification numbers of the Thai ships.

"We could not stay"

"We were forced to leave because we could not stay, could not work and our lives in Myanmar became difficult." Our identity card was not exhibited, so we had to we're leaving, "he told the Associated Press on Saturday.

Local officials and a non-profit group provide shelter and food for the refugees. The International Organization for Migration announced that it has sent a team from its Medan office in Sumatra, including Rohingya interpreters, to provide humanitarian assistance to local officials.

Rohingya, who were treated as unwanted in predominantly Buddhist Myanmar and denied citizenship, fled by sea year after year until security tightened in Myanmar after a flood of refugees in 2015.

In April there was an obvious increase in Rohingya's attempts to leave the country by sea. An Indonesian fishing boat rescued a group of five Rohingya in poor condition from the westernmost province of Aceh on April 6, after a 20-day trip that killed five more people.

A few days earlier, the Malaysian authorities intercepted a ship carrying 56 refugees who were believed to be Rohingya refugees and landed the ship and its passengers.

Mohammad Saleem, part of the group that landed in Aceh on Friday, said they had left Sittwe in the Rakhine state, the location of displaced persons' camps for Rohingya, which were built in 2012 after attacks by Buddhist mobs.

"We must not do anything, we have no livelihood," said the 25-year-old. "We can only live in those camps where there is not enough food, we have no rights there."