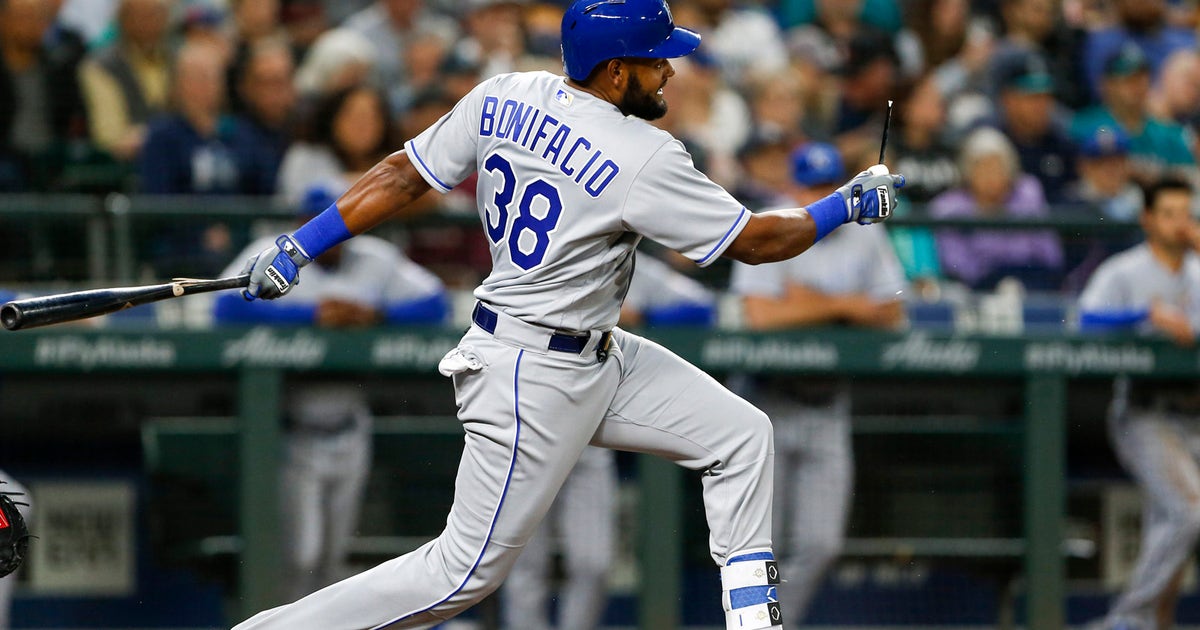 SEATTLE – Marco Gonzales was looking for a retaliation against the Kansas City Royals.

Gonzales (8-5) scored a 4-1 win in the Seattle Mariners' first victory on Friday. The left-hander stroked seven and gave no way, while he threw only 96 fields.

"My last trip against these guys was not going well – my second start of the year, I think – so I was looking for some payback, so I was a little more than usual," said Gonzales.

Gonzales was chased after just 2.1 innings, which led to a 10-0 loss on April 10, but the start on Friday was different. Gonzalez, who had never taken a game into the eighth inning until he left 7.1

innings against Tampa Bay earlier this month, needed no more than 13 playing fields to finish any inning against the Royals.

"He has a lot of confidence now because everything that happened to him this year has been earned," said Mariner's manager Scott Servais.

Whit Merrifield decided to lead the game and was promoted to second place by Rosell Herrera with a sacrifice. Gonzales picked up Merrifield from second base to clear the Baserunner. He would give up nine straight batters before he got into trouble on the fourth lap.

Herrera doubled the glove of left field player Denard Span with a goal. An infield single by Mike Moustakas cornered the runners, but Gonzales gave Salvador Perez an inning-end double to keep the Royals off the board.

"The way we played and the fun we had, I can not wait for my fifth day," said Gonzales. "Being able to go there and make a positive contribution and having these guys behind you is pretty incredible."

Royals starter Ian Kennedy (1-8) retired the first 10 battles he faced before getting into trouble on the fourth. Jean Segura reached an infield single to give Seattle the game's first Baser runner. Haniger followed with a double strike over the midfield wall to give the Mariners a 2-0 lead.

Having lost three straight games with a 2-2 count, Zunino sprinted a solo home run two rows from the top of the upper deck in the left field to extend the Mariners' lead to 3-0 in the fifth.
Kennedy left after 5.0 innings due to the tightness in his left side, which surfaced on the last pitch to Zunino.

"I grabbed it," Kennedy said. "And then the rest of the innings stayed tight, making up for the last few pitches, so I knew … the right thing to do was say something."

Segura added a brand new RBI single in the seventh inning ahead of Brandon Maurer to give Seattle a 4-0 lead.

Adalberto Mondesi doubled to finish in ninth place and Moustakas brought a two-goal singles midfield to home the only run of the game for the Royals.

Kennedy on the left side bottlenecks he treated against the #Mariner : "I knew I could still sneer at that, but the right thing is to say something. I would say it is pretty mild, but I think the real test is to weigh how I wake up tomorrow. " #Royals pic.twitter.com/syGNaMfU5u

Outfielder Jorge Bonifacio was recalled on Friday after an 80-hour suspension for testing for a performance-enhancing drug and was back in the lineup for the Royals. Bonifacio was suspended in March after being tested positive for boldenone, an anabolic androgenic steroid. Bonifacio started the game in the left field and went 0 for 3 with a strikeout. He beat 255 with 17 home runs and 40 RBIs in 113 games as a rookie in 2017. IF Ryan Goins was destined for use on Thursday to clear a roster. "It was a difficult time down there in Arizona, but I learned from it, it will never happen again," said Bonifacio.

Royals: C Perez was back in the lineup after beating Milwaukee on Wednesday in the ninth inning after taking a foulball off of his right leg.

Mariners: 3B Kyle Seager was back in the lineup after beating just a pinch in Baltimore on Thursday. Seager has an "Avulsion Fracture" in his big toe and got his day off to rest on the field. It is not expected that it will require a disabled list stint and Seager plans to play through the injury.

Royals: RHP Jason Hammel (2-9) will make his 17th start of the season on Saturday. Hammel has lost four starts in a row and has allowed at least three earned runs in three of the four games.

Mariners: RHP Felix Hernandez (7-6) will be on the track for the 18th time this season for more starts. After the hard first two months of the season, Hernandez has only made a deserved run in three of his five starts in June.