Rudd breaks with the approach of May's Home Office 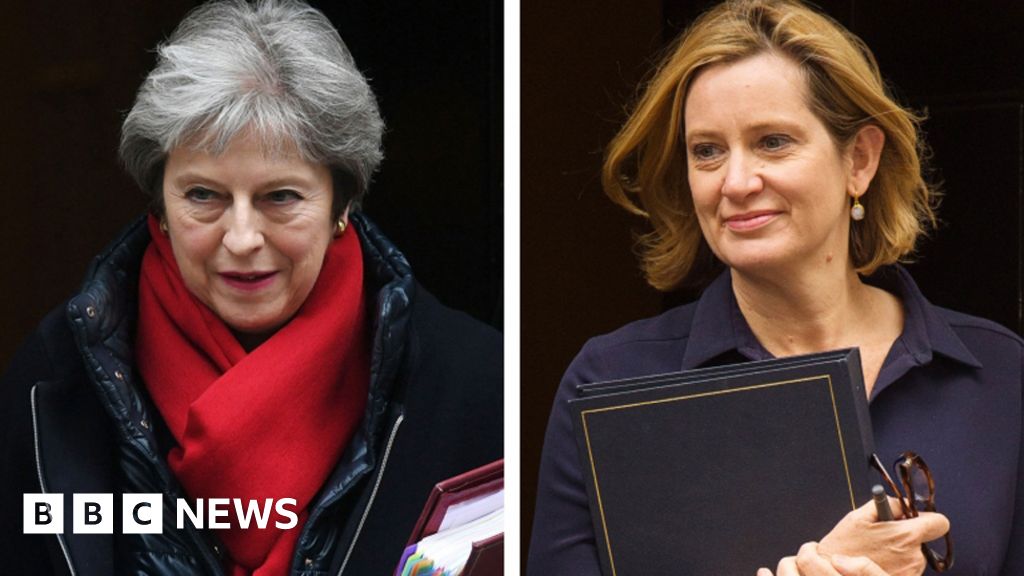 This was a messy 24 hours for Marsham Street, home of the Home Office building, with its rainbow-colored glass panels and huge airy atrium.

Government goals for eliminating people who have no legal right to live in the UK did not exist, according to the political truth of the Interior Minister.

Then, late in the night, from morning to night, a classic appeared in the dictionary of the screenplay: Rejection of Rejection.

Officials did not say explicitly that they have no targets, but said that decisions were not made "arbitrarily" to comply with such figures.

When documents emerged showing clearly that there were indeed targets, the Home Secretary had no choice but to admit to the House of Commons that she was wrong.

Less than two hours later, sources said the targets would be scrapped.

The people around Amber Rudd very much hope that they will "tame" this mess.

Labor naturally demands that she leave.

But there are (still) no signs on the backs of the Tories or in government circles that there is an appetite for their resignation.

Finally, the ministers admit that the problem is serious enough to justify a resignation and Ms. Rudd leaves, who else would be left to blame?

None other than the Prime Minister himself, who headed the Home Office when immigration regulations were tightened.

Ms. Rudd's tenure at the Home Office seems safe at the moment, though her reputation certainly has get a punch.

Forget the last 24 hours of clutter for a moment. It is remarkable how the Ministry of the Interior suddenly dropped its goals.

They were introduced under Labor and tightened under the Tories to try to reduce the number of people living in the UK without the legal right.

The ministers believed then and today that public demand for stricter rules must be respected.

It is notable that the Home Secretary suddenly seemed to dismiss this whole approach in less than 24 hours.

In the excitement she has taken a significant break with Theresa May's approach.

This raises big questions, not only about how immigration will be handled in the future, but also about what Mrs. Rudd's plans for the Interior Ministry really could be.

It is clear that she is one of many Cabinet members trying to convince the Prime Minister to get rid of the government's general immigration target.

Neither the number of deportation numbers nor the unfair treatment of the Windrush generation is a direct consequence of this.

But Westminster is increasingly arguing that the goal, which is considered unrealistic, puts pressure on the overall system, that mistakes have been made, and people have been treated too harshly in the rush to honor political promises.

I'm not for a second suggesting that this series somehow helps Amber Rudd's political career or anything but extremely embarrassing.

But in politics it is a mistake to waste a crisis.

Ms. Rudd may now have the chance to abuse some aspects of her boss's ideas.

Without the Windrush fiasco and this subsequent confusion, it would have been even harder to formulate an argument for changing the home-office culture.