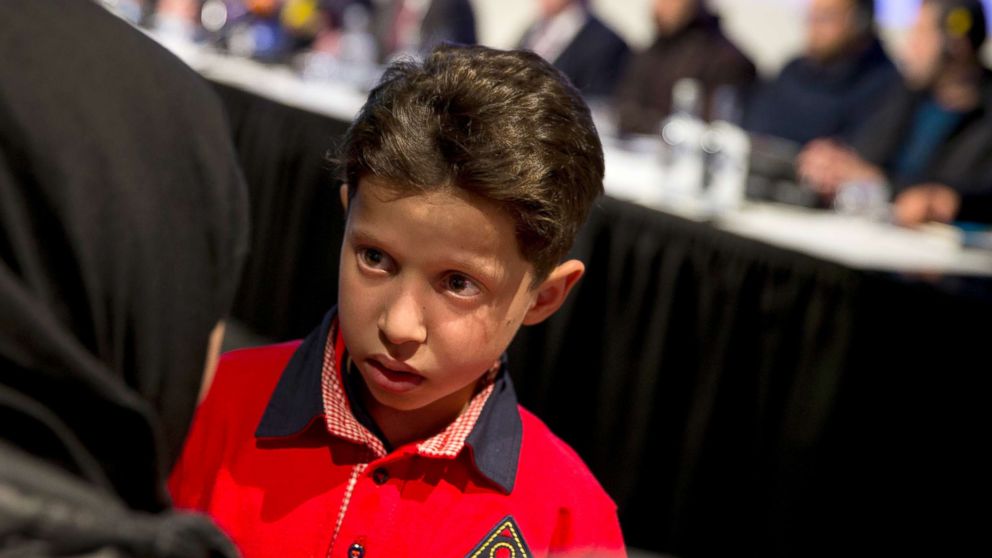 Russia was accused by Britain and France of organizing an "obscene masquerade". These allegations are coming after Russia reportedly had several Syrians fleeing to the headquarters of the Organization for the Prohibition of Chemical Weapons (OVCW) to prove that the chemical attack in the Syrian city of Douma was falsified this month.

Russian diplomats presented the alleged witnesses at a press conference at the OVCW headquarters in The Hague in the Netherlands on Thursday, ignoring the objections of the organization itself. Moscow tried to substantiate its claims that the Syrian government was not behind the chemical attack which later led to retaliatory strikes on missiles from the United States and its allies two weeks ago.

Russia and Syria insisted that the April 7 attack, which killed at least 40 people by doctors and activists, was used as a pretext by rebels and humanitarian groups opposing Syrian President Bashar al-Assad USA is simulated and European military action.

Russia held the presentation despite a request from the OPCW to wait until the investigation of the attack was completed. France and Britain, which had joined US rocket attacks two weeks ago, refused to attend the presentation and denounced it as a gruesome stunt.

"This obscene masquerade is no surprise to the Syrian government, which has massacred and gassed its own people for the past seven years," France's ambassador to the Netherlands Philippe Lalliot told Reuters.

The US and France have stated that they have evidence showing chlorine, and probably a nerve agent was used by Syrian government forces in the attack. French officials said their findings were based on samples from Douma.

Since the first reports of people with chemical poisoning appeared in Douma, Russia has made two stories. Russia has supported the allegations of the Syrian government that no attack has taken place, and also claims to have found chemical weapons produced by rebels and even Britain near Douma.

Russia's military has committed to a video of White Helmets, a well-known group that is rescuing people from buildings affected by air strikes in rebel areas. The video shows panicked people in a hospital, apparently after the attack was doused with water to wash off chemicals.

The Russian Defense Ministry claims that the video of Rebel activists were created, claiming that the activists had filmed themselves by simply blowing people with water into shouting about chemicals.

The alleged witnesses – including an 11-year-old boy – who were presented by the OVCW in Russia on Thursday said they were present at the hospital shown in the White Helmets video.

The boy was also interviewed by Russian state television last week, in which he was identified as Hassan Diab, along with a man who was allegedly his father and reflects in the reports the Russian version of the events. Russian media strongly supported the interview, and Russia's ambassador to the United Nations, Vasily Nebenzya, pointed this out in a speech.

But doubts have arisen as to whether the boy speaks freely. The news agency The Intercept has reported that the interview was filmed in a Syrian military facility in Damascus, where Russian military advisors were present.

At the Thursday presentation, the boy was allowed to speak for less than a minute, followed by a 40-minute preamble from Russia and Syria's OPCW officials who beat up the US and the rebels. First, the man who was identified as his father spoke when he described how his children had been taken to a hospital through a tunnel and then sprayed with cold water. He said the children had cried in the video because the water was cold.

He handed the microphone over to his son, who almost literally repeated the same story.

"At the hospital they started pouring water on us, cold water," the boy said before thanking him and returning the microphone.

None of the identities or testimonies of witnesses presented by Russia could be independently verified and contradicted numerous other reports by people in Douma to international media who saw dozens of people suffering from symptoms similar to those of chlorine and nerves.

Russia has also failed to address the numerous other videos and photos that feature piles of dead or dying, many of which froth at the mouth. This week, Russian state media were also caught with old photos from a documentary film from 2016 as proof that the Douma chemical attack had been staged by rebels. Open source research by the independent research group Bellingcat has also challenged the Russian versions.

British OVCW envoy Peter Wilson said in a statement that all witnesses should be questioned by OPCW investigators and condemned the Russian presentation.

"The OPCW is not a theater," Wilson said. "Russia's decision to abuse it is another Russian attempt to undermine the work of the OVCW."

The OPCW inspectors are currently in Syria to investigate the attack and have visited Douma twice after firing at them after days of delay. The UK has accused Russia and Syria of using the delay to try to cover up the attack, and the US has warned that the site may be contaminated by manipulation.

The conflict reflects how the OVCW tries to maintain its influence as a neutral arbitrator amid Russian rejection of its work. Last week, Russia proposed not accepting the OVCW's conclusions from the investigation into the poisoning of a former Russian double agent with a nervous disease in Salisbury – an incident for which Russia, according to the UK and the UK, could be responsible for two dozen other countries ,