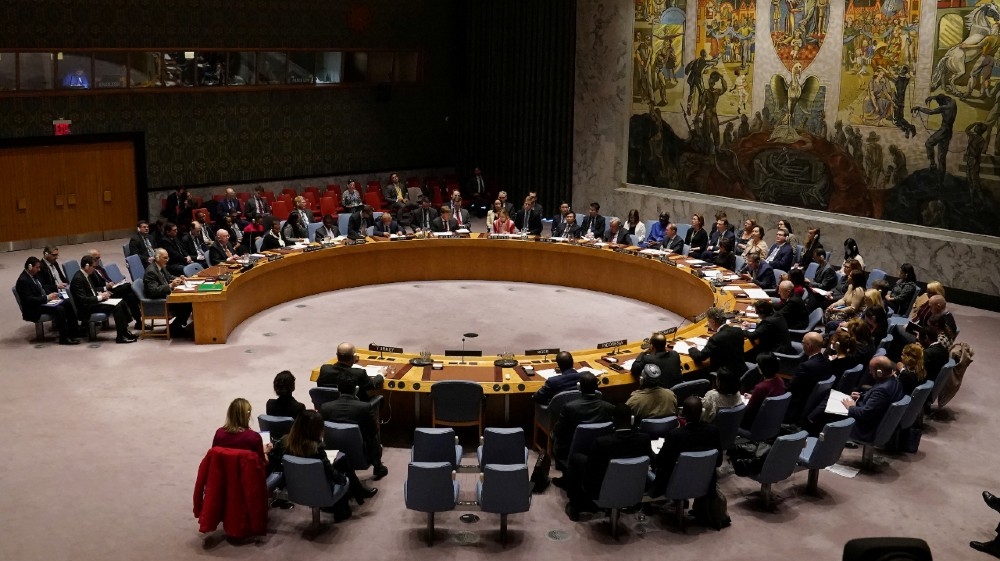 Russia and China vetoed a recent attempt by members of the United Nations Security Council (UNSC) to extend Friday’s permit for the delivery of humanitarian aid via two border crossings from Turkey to Syria for the next six months.

According to the United Nations, millions of Syrian civilians in the largely rebel-held northwest of the country rely on what they call “lifeline” humanitarian aid from Turkey.

The remaining 13 council members voted on Friday for the German-Belgian draft resolution. The UN approval, which enables the facility to distribute aid to displaced Syrians without the need for Damascus̵

7; permission, expires later in the day.

The 15-member council has been split up, with most members fighting Syrian allies Russia and China, who want to reduce the number of border crossings to one, arguing that these areas can be reached from Syria with humanitarian aid.

This was the third failed Council vote on the subject and the second veto by Russia and China this week.

The Security Council first approved the cross-border aid operation to Syria six years ago, which included access to Jordan and Iraq. These crossings were cut in January due to opposition from Russia and China.

On Tuesday, Russia and China vetoed the extension of a one-year permit that would have allowed two border crossings to be maintained at the Turkish border – in Bab al-Salam, which leads to the Aleppo region, and in Bab al-Salam. Hawa serving the Idlib region.

Russia was unable to gain enough support on Wednesday for its proposal to authorize a six-month crossing.

Germany and Belgium, two non-permanent members of the Council responsible for the humanitarian aspect of the United Nations Syria dossier, presented the draft on Thursday, which was put to the vote on Friday.

“We categorically reject claims that Russia wants to stop delivering humanitarian aid to the needy Syrian people,” UN Deputy Ambassador Dmitry Polyanskiy wrote in a tweet before the vote.

A “death sentence for many”

The Council was expected to vote on a second Russian draft text to approve aid supplies for a Turkish crossing for one year.

Al Jazeera’s diplomatic editor James Bays, who reports from the United Nations, said that if nothing was agreed by the end of Friday, there would be no help across the border for a while.

UN Director Louis Charbonneau responded to the vote on Twitter: “Russia and China have again cynically vetoed the renewal of the cross-border UN mandate for Syria, this time hours before it expired.

“They politicize humanitarian aid as they accuse others of doing elsewhere. Millions of Syrians need help. This could be a virtual death sentence for many.”

. @ hrw: #Russia & #China again cynically vetoed the renewal of the cross-border aid mandate #Syria UN, this time hours before it expired. They politicize humanitarian aid as they accuse others of doing elsewhere. Millions of Syrians need help. For many, this is a virtual death sentence. pic.twitter.com/4gH1MPXQ6S

According to a statement by the Chinese ambassador, Bays said that China wants some relief from sanctions for the Assad regime in the resolution.

“This is one thing that may cause her to change position,” said Bays.

However, since the Council operates practically during the coronavirus pandemic, members have 24 hours to vote, so a decision will not be known until Saturday.

The NGO Oxfam warned that the cessation of cross-border aid “would be a devastating blow to the millions of Syrian families who depend on this aid for clean water, food, health care and housing”.

Russia and China argue that the UN approval violates Syria’s sovereignty and that aid can increasingly be channeled through the Syrian authorities.

In the only concession to Moscow, the new draft provided for an extension of the cross-border aid permit by only six months instead of one year. However, Germany and Belgium still wanted both border crossings to remain open.

According to Washington’s ambassador to the UN Kelly Craft, keeping only one border open would prevent 1.3 million people north of Aleppo from receiving humanitarian aid.

David Miliband, President of the International Rescue Committee, described the veto as a “dark day” for Syrian civilians and the United Nations.

He added that “it is against logic or humanity to dismantle a system that is supposed to bring life-saving aid to Syrians in the form of food, health care, vaccines and now critical COVID-19 regulations”.

Russia has vetoed 16 Council resolutions against Syria since Syria’s President Bashar al-Assad attacked demonstrators in 2011, leading to a civil war. For many of these voices, Moscow was supported by China in the Council.