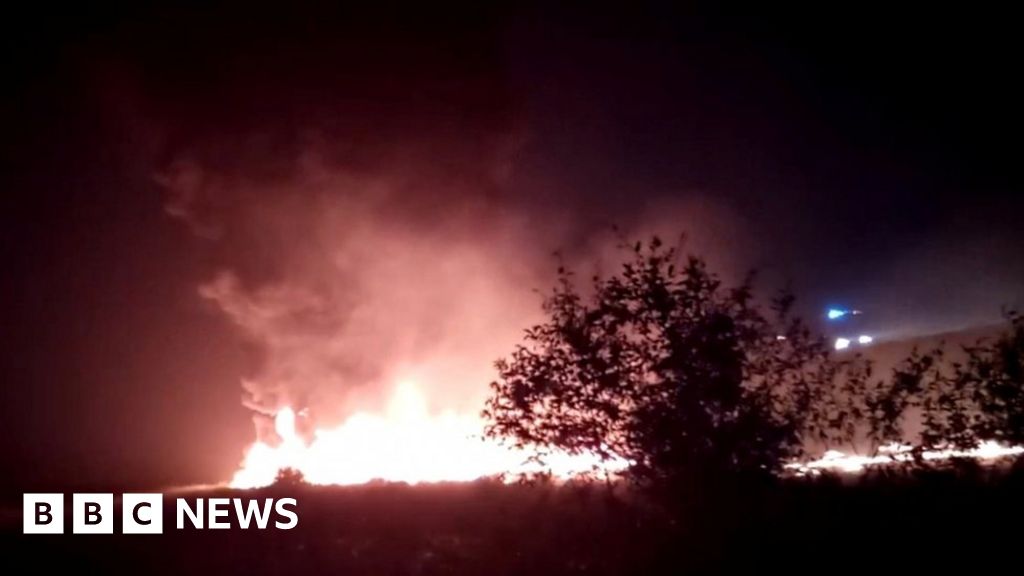 Some of the injured suffered burns and others carbon monoxide poisoning, officials said [19659007] A spokesman for Sochi airport said an airport employee had a fatal heart attack during the rescue operation.

The jet tried to land on Saturday in strong wind and heavy rain, Russian media reported.

Russia's NTV channel carried pictures and video of the incident.

The aircraft's landing gear and wing were damaged when it left the runway and a left-hand motor burned down.

Three of the injured are children.

The fire is now extinguished.

Russia's Investigative Committee has opened a criminal investigation into the incident "on suspicion of inadequate services at risk to the health of customers".

The death The crash of a Russian passenger plane at Moscow's Domodedovo Airport in February again raised concerns over national air safety.

It was the country's third plane crash since 2015.