Breaking News
Home / Technology / Samsung Galaxy J6 with infinity display for launch on May 21st, sale on May 22nd

Samsung Galaxy J6 with infinity display for launch on May 21st, sale on May 22nd 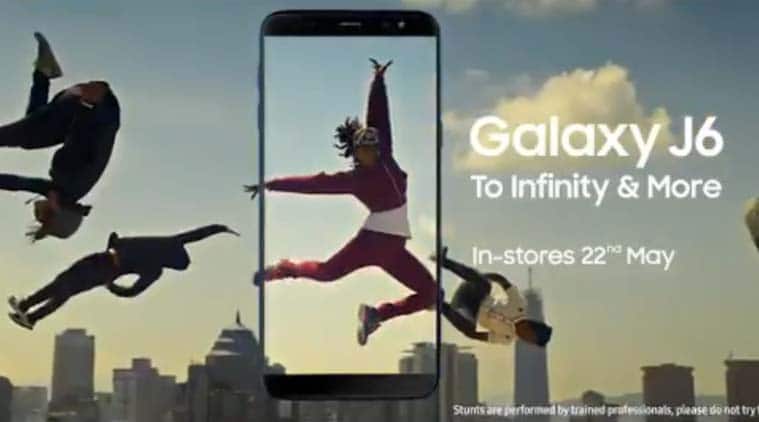 Samsung Galaxy J6 smartphone with infinity display on May 21, sale as of May 22

Samsung Galaxy J6 with the Infinity Display will start in India next. The smartphone will be launched at an event in Mumbai and will be commercially available from May 22nd. Samsung Mobile India has tweeted a video about the upcoming launch. Interested users can also register on the Samsung website to be notified of the launch of the Galaxy J6.

Samsung's Tweet reads, "The Samsung GalaxyJ6 will soon come with state-of-the-art design and features that will make your life come true." It comes to take you #ToInfinityAndMore. "The Infinity display is Samsung's version on the frameless display and offers an aspect ratio of 18.5: 9. Based on the shared photo, the Galaxy J6 will not have any side panels, though it will still have the top and bottom panels. Samsung's Galaxy J6 is likely to be priced at under Rs 15,000, as this is a budget series from the company.

Earlier Galaxy J6 specifications were leaked online from SamMobile along with specs from another smartphone called Galaxy J4. According to SamMobile the Galaxy J6 and J4 both report Android Oreo 8.0. The Galaxy J6 will have the model number SM-J600F and was also spotted on GeekBench.

According to the leaked specifications, Galaxy J6 will be a 5.6-inch display with a HD + Resolution (720p), which will be 1480 × 720 pixels. It is powered by Samsung's Exynos 7870 Octa-Core processor [SamMobile and could come in three RAM and two memory combinations. Galaxy J6 will have a 2GB, 3GB and 4GB of RAM options, along with 32GB and 64GB of storage that will be expandable. The rear camera will be 13MP, while the front camera will be 8MP and the phone is expected to pack a 3000 mAh battery.

The other Galaxy J4 is expected to have a 5.5-inch HD display with the standard 16: 9 aspect ratio and is powered by Exyno's 7570 chipset with 2GB / 3GB RAM and 3000 mAh battery. The Galaxy J Series will probably continue in India with the S-Bike mode and ultra-data-saving mode.